Here at Facing History, we see heritage and awareness months as opportunities to deepen our attention to the histories and contemporary experiences of particular communities. However, we are cognizant of the significant limitations of educational approaches that limit engagement with these themes only to those times of the year. What follows is an invitation to engage with important themes raised by Native American Heritage Month this November and beyond.

There is increasing public attention today to how the modern media landscape—with its social media platforms and deep fakes—is complicating the task of cultivating media literacy. Seldom do we discuss how our modern media landscape may also be making room for a wider array of voices than we encounter in mass media, however, and how this can deeply enrich our experience and understanding of the world. The medium of podcasting is one of the forces that is helping to transform the media landscape away from one that is dominated by the priorities and moneyed interests of a small group of executives to one in which almost anyone with a microphone can tell their story to a global audience. The world of podcasting is thus a great one for sharing and accessing stories you may have never heard before, particularly ones that may be marginalized or even altogether absent from mainstream media coverage.

The five podcasts that follow are produced by Native American people dedicated to fostering healing within their own communities through the process of telling their stories and sharing their insights publicly, showing up as multidimensional beings rather than as the caricatures often depicted in film, and even letting non-Native individuals listen in on their conversations to support learning and unlearning beyond their own communities. These are shows that members of the Facing History staff are exploring and we invite you to listen along with us.

Below, the creators of each show provide an overview of the content: 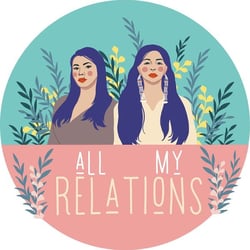 “All My Relations is a podcast that explores what it means to be a Native person in the 21st century. The hosts write: ‘To be an Indigenous person is to be engaged in relationships—relationships to land and place, to a people, to non-human relatives, and to one another. All My Relations is a place to explore those relationships, and to think through Indigeneity in all its complexities. On each episode hosts Matika Wilbur (Tulalip and Swinomish) and Adrienne Keene (Cherokee Nation), delve into a different topic facing Native peoples today, bringing in guests from all over Indian Country to offer perspectives and stories… We want this space to be for everyone—for Native folks to laugh, to hear ourselves reflected, and give us a chance to think deeper about some of the biggest issues facing our communities, and for non-Native folks to listen and learn.” 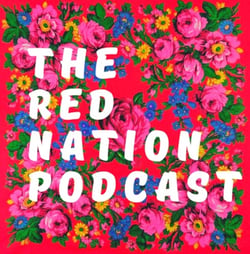 The Red Nation Podcast
“The Red Nation Podcast features discussions on Indigenous history, politics, and culture... Hosted by Nick Estes and Jen Marley...The Red Nation is dedicated to the liberation of Native peoples from capitalism and colonialism. We center Native political agendas and struggles through direct action, advocacy, mobilization, and education.” 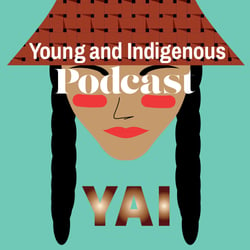 “YAI Podcast stands for Young and Indigenous and that’s who we are: tribal youth of the Lummi Nation, original peoples of the land and water now called Bellingham, Washington. In order to try and help our Lummi community stay unified, we have created an outlet for people to express their opinions, voice their ideas and concerns, and share some of the, until now, untold stories of our people. YAI podcast is an attempt to preserve our culture, learn our language, and inspire future generations of youth to believe in and develop their authentic voices. Young and Indigenous is also for those people outside of our community who would like to learn more about us as Native people...” 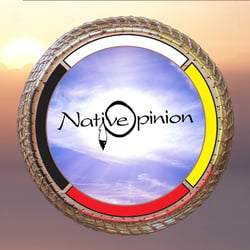 Native Opinion: An American Indian Perspective
”Native Opinion is a unique Indigenous culture education radio show and podcast from an American Indian perspective on current affairs. The hosts of this show are Michael Kickingbear, an enrolled member of the Mashantucket Pequot tribal nation of Connecticut and David GreyOwl of the Echoda Eastern Band of Cherokee nation of Alabama. Together they present Indigenous views on American history, politics, the environment, and culture. This show is open to all people, and its main focus is to provide education and insight…” 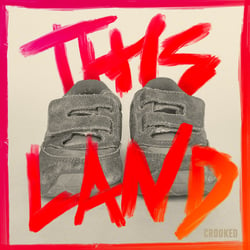 “ALM – as referred to in court documents – is a Navajo and Cherokee toddler. When he was a baby, a white couple from the suburbs of Dallas wanted to adopt him, but a federal law said they couldn’t. The Brackeens’ case would have been a normal adoption dispute, but then one of the most powerful corporate law firms in the United States took it on and helped the couple launch a federal lawsuit. Today, the lawsuit doesn’t just impact the future of one child, or even the future of one law. It threatens the entire legal structure defending Native American rights. The second season of This Land is a timely exposé about how the far right is using Native children to quietly dismantle American Indian tribes and advance a conservative agenda.”

Facing History and Ourselves invites educators to learn more about our work on teaching settler colonialism in Canada and how educators around the world can put those learnings into practice.