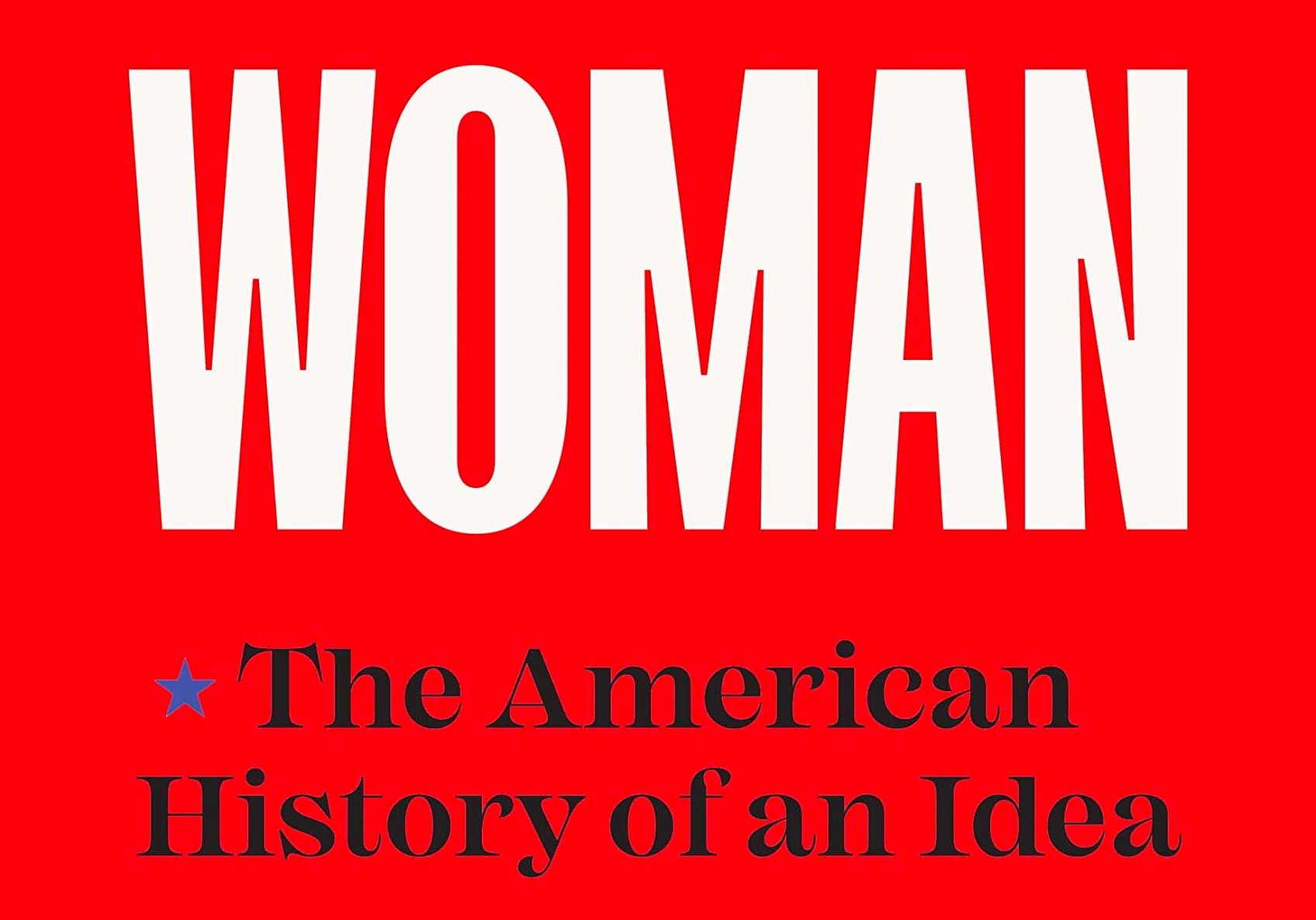 Below are five books that have been released in the last year that address important themes in women’s history. These include the evolution of the concept of “woman” in America, the overlooked concept of female genius, feminist literary movements, and women’s leadership in activist movements that emerged from the Warsaw ghetto to antebellum slave plantations and beyond. Below is promotional text excerpted from material offered by each book’s publisher:

Woman: The American History of an Idea
by Lillian Faderman

“What does it mean to be a ‘woman’ in America? Award-winning gender and sexuality scholar Lillian Faderman traces the evolution of the meaning from Puritan ideas of God’s plan for women to the sexual revolution of the 1960s and its reversals to the impact of such recent events as #metoo, the appointment of Amy Coney Barrett to the Supreme Court, the election of Kamala Harris as vice president, and the transgender movement.

This wide-ranging 400-year history chronicles conflicts, retreats, defeats, and hard-won victories in both the private and the public sectors and shines a light on the often-overlooked battles of enslaved women and women leaders in tribal nations. Noting that every attempt to cement a particular definition of “woman” has been met with resistance, Faderman also shows that successful challenges to the status quo are often short-lived. As she underlines, the idea of womanhood in America continues to be contested.” —Yale University Press

Female Genius: Eliza Harriot and George Washington at the Dawn of the Constitution
by Mary Sarah Bilder

“In this provocative new biography, Mary Sarah Bilder looks to the 1780s—the Age of the Constitution—to investigate the rise of a radical new idea in the English-speaking world: female genius. Bilder finds the perfect exemplar of this phenomenon in English-born Eliza Harriot Barons O’Connor. This pathbreaking female educator delivered a University of Pennsylvania lecture attended by George Washington as he and other Constitutional Convention delegates gathered in Philadelphia. As the first such public female lecturer, her courageous performance likely inspired the gender-neutral language of the Constitution. Female Genius reconstructs Eliza Harriot’s transatlantic life…paying particular attention to her lectures and to the academies she founded, inspiring countless young American women to consider a college education and a role in the political forum…

[A]dvocates [of female genius] argued that women had equal capacity and deserved an equal education and political representation… By 1792 Eliza Harriot experienced struggles that reflected the larger backlash faced by women and people of color as new written constitutions provided the political and legal tools for exclusion based on sex, gender, and race. In recovering this pioneering life, the richly illustrated Female Genius makes clear that America’s framing moment did not belong solely to white men and offers an inspirational transatlantic history of women who believed in education as a political right.” —University of Virginia Press

“From its stirrings in the midcentury―when Sylvia Plath, Betty Friedan, and Joan Didion found their voices and Diane di Prima, Lorraine Hansberry, and Audre Lorde discovered community in rebellion―to a resurgence in the new millennium in the writings of Alison Bechdel, Claudia Rankine, and N. K. Jemisin, Gilbert and Gubar trace the evolution of feminist literature. They offer lucid, compassionate, and piercing readings of major works by these writers and others, including Adrienne Rich, Ursula K. Le Guin, Maxine Hong Kingston, Susan Sontag, Gloria Anzaldúa, and Toni Morrison. Activists and theorists like Nina Simone, Gloria Steinem, Andrea Dworkin, Eve Kosofsky Sedgwick, and Judith Butler also populate these pages as Gilbert and Gubar examine the overlapping terrain of literature and politics in a comprehensive portrait of an expanding movement.”
—W. W. Norton & Company

The Light of Days: The Untold Story of Women Resistance Fighters in Hitler's Ghettos
by Judy Batalion

“Witnesses to the brutal murder of their families and neighbors and the violent destruction of their communities, a cadre of Jewish women in Poland—some still in their teens—helped transform the Jewish youth groups into resistance cells to fight the Nazis. With courage, guile, and nerves of steel, these ‘ghetto girls’ paid off Gestapo guards, hid revolvers in loaves of bread and jars of marmalade, and helped build systems of underground bunkers. They flirted with German soldiers, bribed them with wine, whiskey, and home cooking, used their Aryan looks to seduce them, and shot and killed them. They bombed German train lines and blew up a town’s water supply. They also nursed the sick, taught children, and hid families. Yet the exploits of these courageous resistance fighters have remained virtually unknown.

The Light of Days at last tells the true story of these incredible women whose courageous yet little-known feats have been eclipsed by time… Powerful and inspiring, featuring twenty black-and-white photographs, The Light of Days is an unforgettable true tale of war, the fight for freedom, exceptional bravery, female friendship, and survival in the face of staggering odds.”
—William Morrow

“Women warriors planned and led slave revolts on slave ships during the passage across the Atlantic. They fought their enslavers throughout the Americas. And then they were erased from history. In Wake, Rebecca Hall, a historian, a granddaughter of slaves, and a woman haunted by the legacy of slavery, tells their story. With in-depth archival research and a measured use of historical imagination, she constructs the likely pasts of women rebels who fought for freedom on slave ships bound to America, as well as the stories of women who led slave revolts in Colonial New York. Beneath both is Hall's own tale: of a life lived in the shadow of slavery and its consequences. Strikingly illustrated in black and white, Wake explores both a personal and a global legacy. Part graphic novel, part memoir, it is a powerful reminder that while the past is gone, we still live in its wake.”
—Particular Books

For the Many: American Feminists and the Global Fight for Democratic Equality
by Dorothy Sue Cobble

"For the Many presents an inspiring look at how US women and their global allies pushed the nation and the world toward justice and greater equality for all. Reclaiming social democracy as one of the central threads of American feminism, Dorothy Sue Cobble offers a bold rewriting of twentieth-century feminist history and documents how forces, peoples, and ideas worldwide shaped American politics. Cobble follows egalitarian women’s activism from the explosion of democracy movements before World War I to the establishment of the New Deal, through the upheavals in rights and social citizenship at midcentury, to the reassertion of conservatism and the revival of female-led movements today.

Cobble brings to life the women who crossed borders of class, race, and nation to build grassroots campaigns, found international institutions, and enact policies dedicated to raising standards of life for everyone. Readers encounter famous figures, including Eleanor Roosevelt, Frances Perkins, and Mary McLeod Bethune, together with less well-known leaders, such as Rose Schneiderman, Maida Springer Kemp, and Esther Peterson… Putting women at the center of US political history, For the Many reveals the powerful currents of democratic equality that spurred American feminists to seek a better life for all.”  —Princeton University Press

Facing History and Ourselves invites educators to use our blog post, 10 Women Who Made History, which features more of our work on women's history.