5 New YA Books on Latinx Life 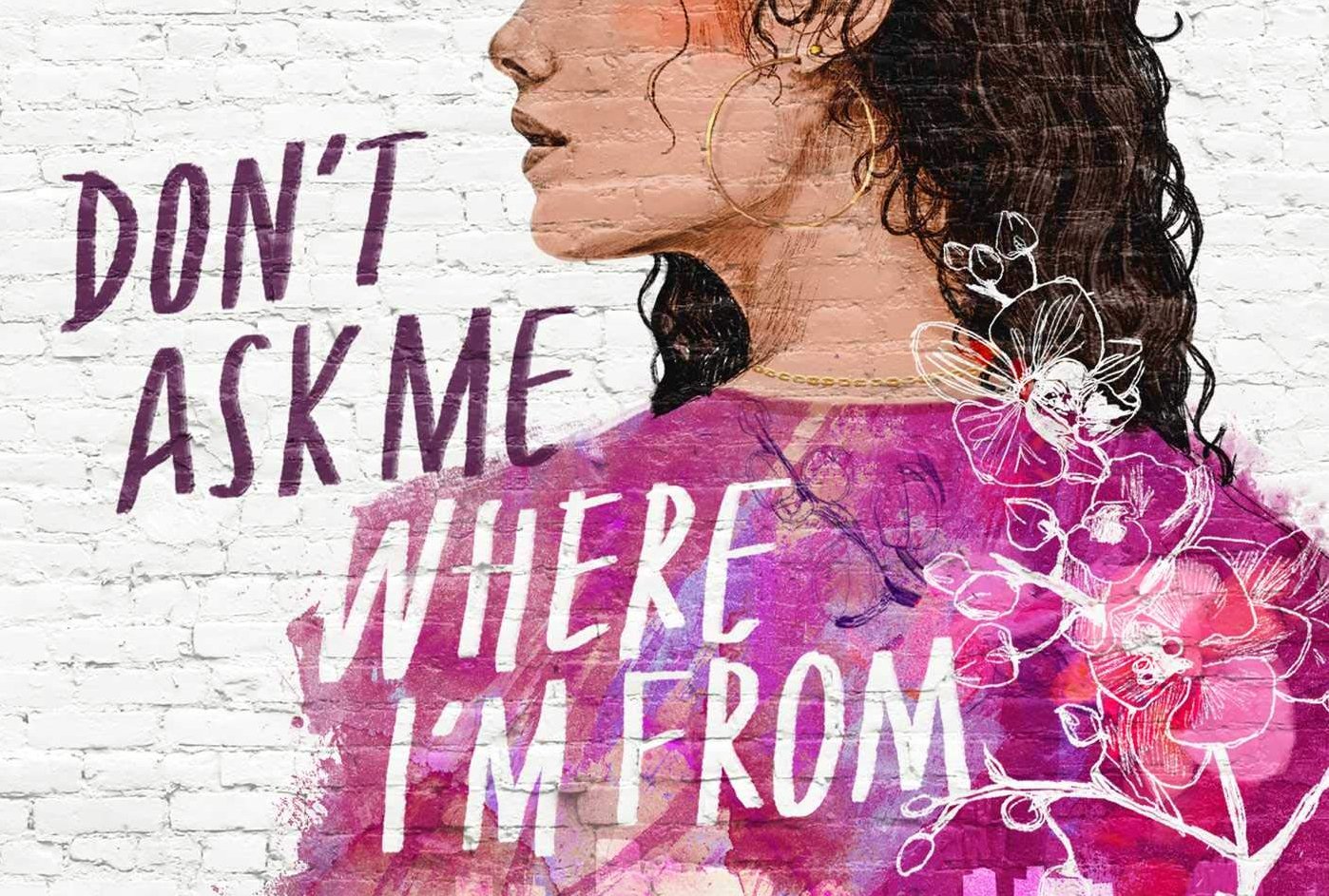 Hispanic American Heritage Month each September and October offers a valuable opportunity to evaluate the kinds of reading materials we are sharing with young people throughout the year, and to consider how the experiences of Latinx people can have a greater presence in classrooms. We know that it can be challenging to sift through the large body of reading material, pinpoint texts written at an appropriate reading level, and that speak to key themes in ways that are relatable to adolescent readers so we have curated some rich new titles for educators seeking to expand their pool of resources.

Below are five young adult (YA) books capturing Latinx experiences that educators can consider sharing with their students. These books with young Latinx narrators cover significant thematic ground including the true story of how a Mexican American student sparked the first legal battle led by immigrants to the U.S.; a young gay Latinx man’s pursuit of deeper belonging in his new community; being on the front lines of contentious immigration debates as a young Guatemalan American immigrant; the concept and concrete realities of borders and border crossing as understood by Mexican American youth; and navigating toxic masculinity and gentrification in addition to Latinx identity.

Below, the publisher of each title offers a glimpse of what is contained in each book: 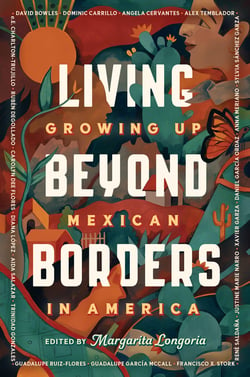 Living Beyond Borders: Growing up Mexican in America
by Margarita Longoria

“In this mixed-media collection of short stories, personal essays, poetry, and comics, this celebrated group of authors share the borders they have crossed, the struggles they have pushed through, and the two cultures they continue to navigate as Mexican Americans. Living Beyond Borders is at once an eye-opening, heart-wrenching, and hopeful love letter from the Mexican American community to today's young readers. A powerful exploration of what it means to be Mexican American.” —Philomel Books 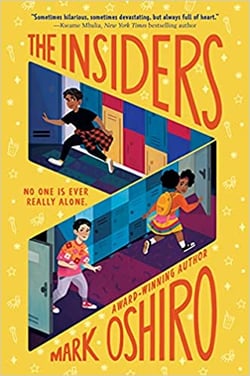 “San Francisco and Orangevale may be in the same state, but for Héctor Muñoz, they might as well be a million miles apart. Back home, being gay didn’t mean feeling different. At Héctor’s new school, he couldn’t feel more alone.

Most days, Héctor just wishes he could disappear. And he does. Right into the janitor’s closet. (Yes, he sees the irony.) But one day, when the door closes behind him, Héctor discovers he’s stumbled into a room that shouldn’t be possible. A room that connects him with two new friends from different corners of the country—and opens the door to a life-changing year full of friendship, adventure, and just a little bit of magic.” —HarperCollins 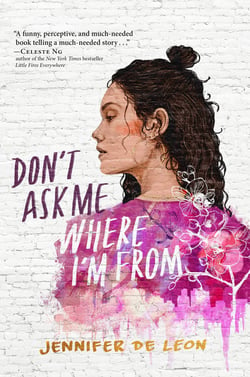 “Liliana Cruz is hitting a wall—or rather, walls. There’s the wall her mom has put up ever since Liliana’s dad left—again. There’s the wall that delineates Liliana’s diverse inner-city Boston neighborhood from Westburg, the wealthy—and white—suburban high school she’s just been accepted into. And there’s the wall Liliana creates within herself, because to survive at Westburg, she can’t just lighten up, she has to whiten up.

So what if she changes her name? So what if she changes the way she talks? So what if she’s seeing her neighborhood in a different way? But then light is shed on some hard truths: It isn’t that her father doesn’t want to come home—he can’t…and her whole family is in jeopardy. And when racial tensions at school reach a fever pitch, the walls that divide feel insurmountable.But a wall isn’t always a barrier. It can be a foundation for something better. And Liliana must choose: Use this foundation as a platform to speak her truth, or risk crumbling under its weight.”
—Simon & Schuster

“In the spring of 2018, Guatemalan American high school senior Milagros ‘Millie’ Vargas knows her life is about to change. She’s lived in Corpus Christi, Texas, ever since her parents sought asylum there when she was a baby. 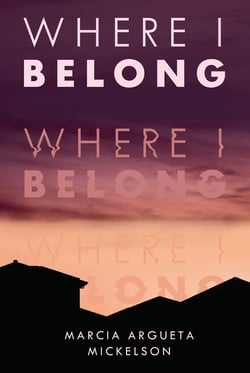 Now a citizen, Millie devotes herself to school and caring for her younger siblings while her mom works as a housekeeper for the wealthy Wheeler family. With college on the horizon, Millie is torn between attending her dream school and staying close to home, where she knows she’s needed. She’s disturbed by what’s happening to asylum-seekers at the U.S.-Mexico border, but she doesn’t see herself as an activist or a change-maker. She’s just trying to take care of her own family.

Then Mr. Wheeler, a U.S. Senate candidate, mentions Millie’s achievements in a campaign speech about ‘deserving’ immigrants; it doesn’t take long for people to identify Millie’s family and place them at the center of a statewide immigration debate. Faced with journalists, trolls, anonymous threats, and the Wheelers' good intentions―especially those of Mr. Wheeler's son, Charlie―Millie must confront the complexity of her past, the uncertainty of her future, and her place in the country that she believed was home.” ―Carolrhoda Lab

When We Make It 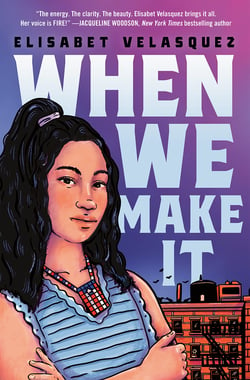 “Sarai is a first-generation Puerto Rican eighth grader who can see with clarity the truth, pain, and beauty of the world both inside and outside her Bushwick apartment. Together with her older sister Estrella, she navigates the strain of family traumas and the systemic pressures of toxic masculinity and housing insecurity in a rapidly gentrifying Brooklyn. Sarai questions the society around her, her Boricua identity, and the life she lives with determination and an open heart, learning to celebrate herself in a way that she has been denied.

When We Make It is a love letter to anyone who was taught to believe that they would not make it. To those who feel their emotions before they can name them. To those who still may not have all the language but they have their story. Velasquez’ debut novel is sure to leave an indelible mark on all who read it.” ―Dial Books

Facing History and Ourselves invites educators to use our resource collection Latinx Rights in 1960s California in the classroom.