Here at Facing History, we see heritage and awareness months as opportunities to deepen our knowledge of and attention to the histories and contemporary experiences of historically marginalized communities. However, the focus on celebrating these communities over one particular month can further marginalize the very experiences we are hoping to elevate. With this in mind, what follows is an invitation to engage with important themes raised by Native American Heritage Month
this November and throughout all of the months of the year.

Below is an excerpt from the description of each film or series:

Reel Injun: On the Trail of the Hollywood Indian (2010) 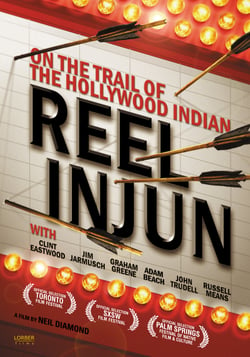 “Cree filmmaker Neil Diamond takes a look at the Hollywood Indian, exploring the portrayal of North American Natives through a century of cinema. Traveling through the heartland of America, and into the Canadian North, Diamond looks at how the myth of ‘the Injun’ has influenced the world’s understanding — and misunderstanding — of Natives. Reel Injun traces the evolution of cinema’s depiction of Native people from the silent film era to today, with clips from hundreds of classic and recent Hollywood movies, and candid interviews with celebrated Native and non-Native film celebrities, activists, film critics, and historians… It’s a loving look at cinema through the eyes of the people who appeared in its very first flickering images and have survived to tell their stories their own way.” 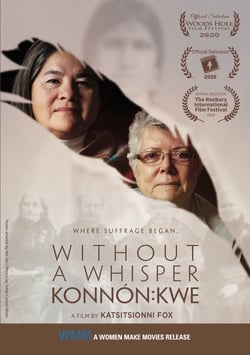 Without a Whisper (2021)
“Explore the untold story of how Indigenous women influenced the early suffragists in their fight for freedom and equality. Mohawk Clan Mother Louise Herne and Professor Sally Roesch Wagner shake the foundation of the established history of the women’s rights movement in the US joining forces to shed light on the hidden history of the influence of Haudenosaunee Women on the women’s rights movement.” 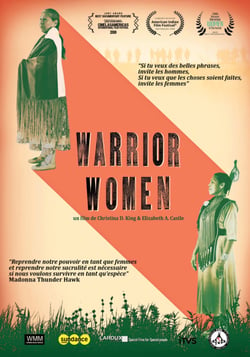 Warrior Women (2018)
“In the 1970s...organizers of the American Indian Movement (AIM) fought for Native liberation as a community of extended families. WARRIOR WOMEN is the story of Madonna Thunder Hawk, one such AIM leader who shaped a kindred group of activists' children - including her daughter Marcy - into the ‘We Will Remember’ Survival School as a Native alternative to government-run education… Through their story, WARRIOR WOMEN explores what it means to balance a movement with motherhood and how activist legacies are passed down from generation to generation in the face of a government that has continually met Native resistance with mass violence.” 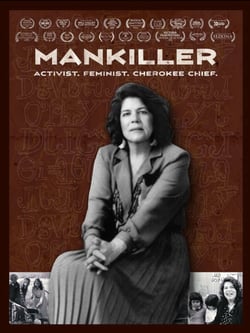 Mankiller (2017)
“This is the story of an American hero. One who stands tall amongst the likes of Robert Kennedy, Harriet Tubman and Martin Luther King, Jr. Someone who humbly defied the odds and overcame insurmountable obstacles to fight injustice and gave a voice to the voiceless.  And yet few people know her name. This is the story of an American legend, Wilma Mankiller, who overcame rampant sexism and personal challenges to emerge as the Cherokee Nation’s first woman Principal Chief in 1985.” 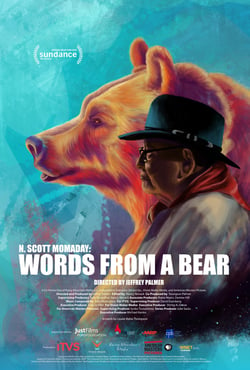 Words From a Bear (2019)
“Words from a Bear examines the enigmatic life and mind of Pulitzer Prize-winning writer Navarro Scott Momaday, one of Native America’s most celebrated authors of poetry and prose. Words from a Bear visually captures the essence of Momaday’s writings, relating each written line to his unique American experience representing ancestry, place, and oral history… Although his unique heritage is a central theme, Momaday’s work asks the questions every audience can relate to: what are our origins and how do we connect to them through our collective memories? Through his literature and the cinematic visuals, Words from a Bear illuminates how Momaday has grappled with these basic questions of human existence and his own identity.” 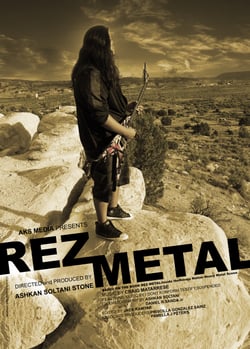 Rez Metal (2018)
“When the lead singer of I Don’t Konform sent out a demo album to Flemming Rasmussen, the Grammy Award-winning producer of Metallica, they never imagined themselves a few months later rehearsing with him inside a hot Hogan on the Navajo reservation before recording their debut album at his iconic Sweet Silence Studio in Denmark... Rez Metal explores the thriving heavy metal scene on the Navajo reservation through the remarkable story of I Don’t Konform and their journey gaining popularity on reservations and recording their debut album in Denmark with one of the music industry's most influential producers.” 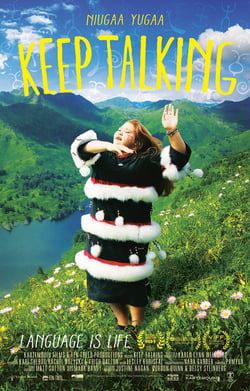 Keep Talking (2017)
“Keep Talking follows four Alaska Native women fighting to save Kodiak Alutiiq, an endangered language now spoken by less than 40 remaining fluent Native Elders. Their small community travels to remote Afognak Island to start teaching kids Alutiiq. Sadie, 13, is inspired to begin learning the language and dances of her ancestors. Instead of getting swept up in the wake of historical trauma, these women overcome personal demons and build toward a brighter future.”

Facing History and Ourselves invites educators to use our Teaching Idea, Indigenous Rights and the Controversy over Hawaii's Maunakea Telescope.

Pictured above: A portion of the cover of the film, Without a Whisper.