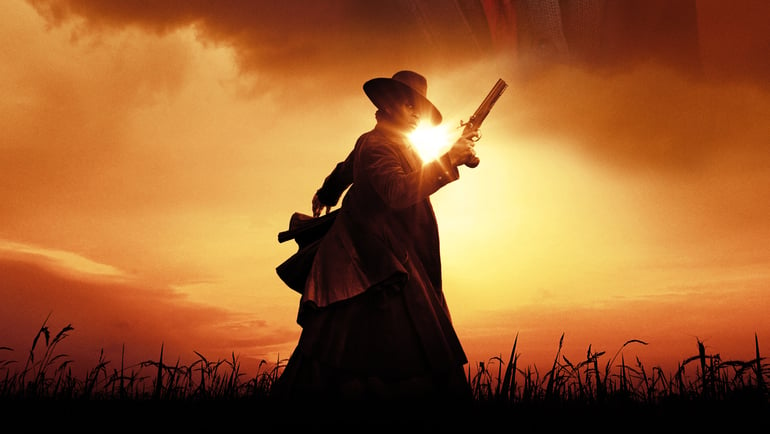 As the film depicts, Tubman was born into slavery and escaped in 1849 around the age of 29, returning to the south countless times to free at least 70 enslaved Africans. Her successes led her to become one of the most illustrious “conductors” on the Underground Railroad—a secret network comprised of black and white people committed to helping enslaved Africans escape to northern cities and Canada. In contrast to narratives driving a long line of films in which people of color are rescued by white saviors, Erivo’s Tubman frees herself and, through countless acts of bravery, aids the liberation of hundreds of others. And in this regard, Harriet offers an important intervention into a film canon in which characters of color are too often depicted not as their own agents, but as passive recipients of white benevolence. And yet the plot thickens when we examine the film as one of many that reinforces a fixed number of roles that black women are expected to play on and off set.

At first glance, Erivo’s nomination for Best Actress may seem like a notable leap forward because very few black women have been nominated for this award and only one of them has been victorious. Halle Berry won Best Actress in 2001 for her performance in Marc Forster’s Monster’s Ball—a film whose popularity raised significant questions due to the way it sexualized the black female protagonist, culminating in a highly sexually explicit scene featuring Berry’s character and the white male protagonist. The next black actress would not be nominated for Best Actress until eight years later when Gabourey Sidibe’s performance in Precious—arguably, an ode to the stereotype of the black crack mother—gained significant attention. But the mere production and ultimate popularity of this film raised yet more questions about how restrictive, stereotype-laden representations of black women often command more airtime than their alternatives. It is in this regard that Erivo’s Tubman shares a border with these characters.

Though it is powerful to see Erivo’s Tubman as a fierce agent of her own and others’ liberation, she is nevertheless a slave: a safe and comfortable role for Erivo to inhabit from the vantage point of many moviegoers because it does not defy anyone’s expectations. We ought to ask why there seems to be so little room for a wider array of representations of black women beyond the tropes of the slave, the highly sexualized black woman, the crack mother, and a handful of others.

Though it is important that films like Harriet offer representations of black women that reflect our ability to be agents on our own behalf, far too seldom do we see black female characters doing this within social roles that are not readily associated with us. As politicians, CEOs, thinkers, and even just everyday people living their lives with rich inner worlds and vast human capacities. When will we see more performances that are celebrated for capturing the indivisible humanity of black characters’ lives? And not just because they have dutifully embodied a one-dimensional racist trope, or a singular historical figure who was a slave.

Insofar as the Academy Awards provides a window into the kinds of stories that Americans value, it is clear that there are, as yet, many more stories to examine and many more stories to tell cinematically. But this disconnect between lauded representations of black women and the complex reality of our lives remains, and has significance beyond the movie house.

How do media representations inform our basic assumptions about the world? What is the impact of seeing the same reductive stereotypes played out again and again, both on black people and non-black people? How does the endless reiteration of these tropes shape everything ranging from personal attitudes to social policy? And what of the retaliation and disbelief directed at black women who thwart these confining expectations and behave otherwise?

Educators have an opportunity to amplify broader representations of black women, and black people at large, in the middle and high school classroom throughout the year.

Facing History and Ourselves invites you to use our Teaching Idea, “Making Room at the Table” to explore Representative Shirley Chisholm’s groundbreaking career and connect her story to today’s 116th Congress—the most diverse legislative body in U.S. history. We also recommend our Teaching Idea, “Black Women and the Long History Behind #MeToo,” which equips teachers to explore this contemporary movement through the lens of black women’s history.