Home > Our Blogs > Facing Today > Celebrating LGBT Pride: Why I No Longer Hide My Rainbow

Celebrating LGBT Pride: Why I No Longer Hide My Rainbow

June is LGBT Pride Month. To celebrate, we're featuring a student essay from Charlie Kolodziej who shared why he openly embraces his identity as a gay teenager. Out of over 5,200 submissions to the 2017 Facing History Together Student Essay Contest, Kolodziej's essay was chosen as one of the three to receive a $5,000 Upstander Scholarship, thanks to the generosity of the Holland and Knight Charitable Foundation. Kolodziej's words reminds us about what it means to decide to not be afraid of showing who you are. 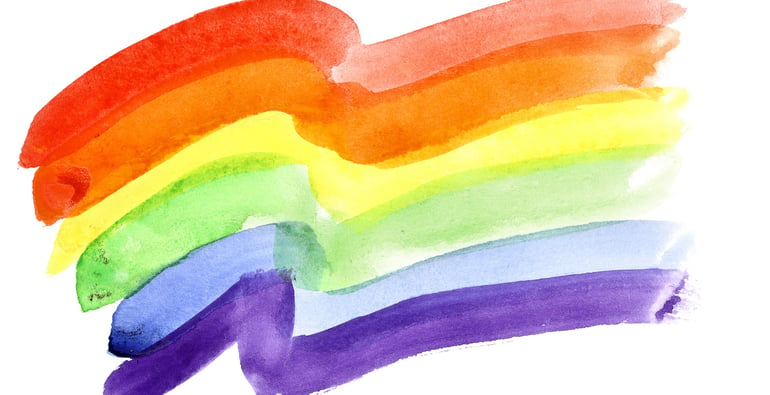 The summer before my junior year, my boyfriend bought me a rainbow bracelet at the NYC Pride parade. When I returned to school later that month, the shiny piece of plastic sticking to my wrist felt like a burden, A small shackle chaining me to a world where I could no longer hide from the sideways glances of my peers. However, my perception of the bracelet changed when I began to understand the power and history this rainbow symbolized.

Harvey Milk, the first openly gay elected official, once said that “Every gay person must come out.” He proudly declared with Castro charisma, “You must tell your relatives...You must tell the people you work with. You must tell the people in the stores you shop in. Once they realize that we are indeed their children, that we are indeed everywhere, every myth, every lie, every innuendo will be destroyed once and all.” Milk’s commitment to visibility helped pave the way for the gay rights movement by confronting Americans with the simple truth that LGBT people are not some fringe group, but are integral parts to every facet of society. Since I came out in 2015, I have seen friends who in the past voiced discomfort towards the LGBT community have radical changes in their views. I began to understand that my visibility, my bracelet, had the power to affect real change.

For so many people, race, gender, or religion doesn’t allow them to flip their visibility on and off like a light switch. Some identity markers are always visible and invite judgment. So, if I choose not to wear my bracelet because I am worried what others will think, I cannot confidently call myself an ally in their fight for nondiscrimination. It is much easier to hide, to retreat back into the metaphorical closet. But now more than ever we must be proud and visible. Not only do I need to continue to wear my rainbow, but I need to shout my queerness from the rooftops—let everyone know that I am gay and proud because if those who seek to silence our voices succeed, we cannot continue the progress we have come to take for granted.

When I read Elie Wiesel’s quote about the social responsibility of our choices, I was reminded of the reason that I decided to come out to my boarding school peers and to my family. Coming out was not simply about living a more fulfilling and authentic life, it meant allying myself in the struggle faced by my peers who aren’t afforded the luxury of hiding. It was, and continues to be, an act of revolution—an act of social defiance that little by little changes the hearts and minds of those around us. Leaders like Harvey Milk, Cleve Jones, and Marsha P. Johnson chose visibility so that they could fight for something larger than themselves. With gratitude for their fight and commitment to further change, I proudly wear my rainbow.

Charlie's essay reminds us of the ongoing fight for civil rights in the LGBT community. Want to learn more about LGBT history? Watch our new video about the Lavender Scare—an attempt by the US State Department to purge the US military and federal government of gay and lesbian employees during the Cold War and decades later.

Charlie Kolodziej is a senior at Western Reserve Academy in Hudson, Ohio. He was a recipient of a $5,000 Upstander Scholarship for the 2017 Facing History Together Student Essay Contest.
At Facing History and Ourselves, we value conversation—in classrooms, in our professional development for educators, and online. When you comment on Facing Today, you're engaging with our worldwide community of learners, so please take care that your contributions are constructive, civil, and advance the conversation.