Centering AAPI Students in the Classroom: An Expert Interview 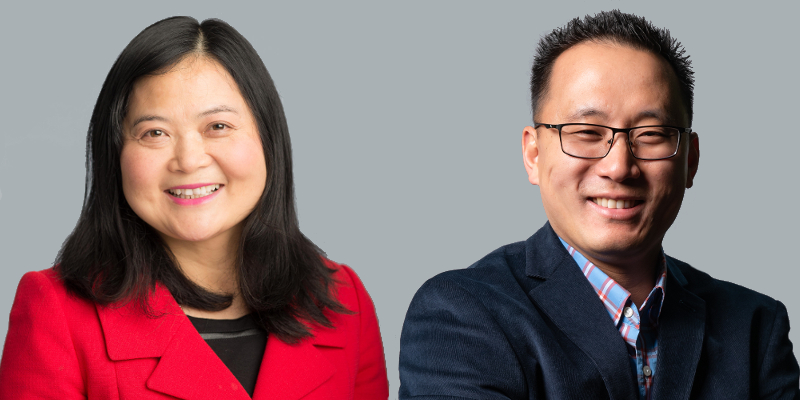 In this interview, I spoke with Dr. Guofang Li and Dr. Nicholas D. Hartlep, leading scholars in the field of Asian-American Education, about barriers to delivering quality education to Asian and Pacific Islander American (AAPI) students today. We discussed the emergence and pervasiveness of the “model minority myth” (or “stereotype”), its effects on AAPI and non-AAPI people, and how educators can actively center the needs and experiences of their AAPI students.

Dr. Li is Professor and Canada Research Chair at the University of British Columbia Department of Language and Literacy Education. She is the author of several books including Model Minority Myths Revisited: An Interdisciplinary Approach to Demystifying Asian American Education Experiences (2008). Dr. Hartlep is the Robert Charles Billings Endowed Chair in Education at Berea College. He is also the author of several books including The Model Minority Stereotype: Demystifying Asian American Success (2013) and curates The Model Minority Stereotype Project website and YouTube Channel.

KS: Can you speak to what the model minority myth is and how it arose historically?

GL: The model minority myth is a term that's used to convey the idea that if you're Asian, you're smart and you're successful no matter what. You're good at math and in science. In the mid-to-late 1800s, we saw the rise of Yellow Peril which entrenched negative perceptions of people of Asian descent. After the Second World War, Asian Americans had begun to gain a more positive image when, all of a sudden, Asians began to be compared with other minority groups to reinforce the notion that “whether you are successful or not is your own doing.” The term was popularized in a New York Times Magazine story in 1966 and the myth’s core assertion—that Asian Americans can succeed on their own—has been very widely debated. Asian-American scholars have been actively resisting the label because of the implications and the impact. It is also bad for other minorities to suggest that "if you don't succeed, it's your problem,” and another impact is that there are a lot of policies that typically ignore Asian Americans’ needs. The cultural stereotype is that they're quiet Asians and they can succeed on their own. This reinforces the expectation that you shouldn’t show that you need resources and that has consequences.

NH: Another reason we resist this narrative is that Asians are a very diverse group; many are foreign born, for example. We also need to look at the timing of the term’s introduction. That New York Times Magazine story that Dr. Li mentioned was written on the heels of a report that blamed black culture for not succeeding. So it was very divisive—it was kind of pitting different races against each other and has been weaponized to actively discourage Asian Americans from supporting affirmative action. Historically, there are also ways in which Asians did really buy into this oppressive system because they viewed it as a means of upward mobility and becoming “honorary whites” amid anti-Asian racism, or Sinophobia, in this country. And I think that white people have ultimately used Asians to advance white supremacy in this regard. W.E.B. Du Bois asked blacks “how does it feel to be a problem?" And Vijay Prashad, a South Asian scholar, has asked Asians: "How does it feel to be the answer?" Brown Asians and yellow Asians have been used as the answer to this racist project. So the stereotype is very complex.

KS: Can you speak to how the model minority myth/stereotype plays out in K-12 classrooms, and measures teachers can take to center the needs of AAPI students?

NH: First, it's important for people to get away from questioning whether it's a positive or negative stereotype because I would argue that all stereotypes are limiting and impact young people in a variety of ways. One way might be that they internalize them and, regardless of which way the stereotype goes, it’s not a good outcome if a child thinks "I have to be this way; I have to be successful." And if they are not successful, it can lead to a lot of personal stress in their life. Another way that it impacts younger people comes when your interactions are clouded by someone's stereotypical understanding of you. So if you're a teacher and you think all of your Asian kids are some way, it limits their ability to be full humans in the classroom setting. There's been research that shows that these positive “stereotypes” are actually more damaging than negative ones. Research has documented that the model minority stereotype negatively impacts mathematics performance for female Asian-American students.

GL: In K-12 classrooms, a teacher should first ask "am I really treating the child in their own particular context and not just as ‘Asian’?" Some of their Asian students may be achieving at higher levels and some may be achieving at lower levels, but that’s not because of the students themselves—there may be curriculum issues, instructional issues, family issues, or other kinds of issues. They also need to be aware of whether they are influenced by Asian stereotypes or practice child-based assessments.

NH: The field of education tends to be dominated by white, middle-class women. They do have some biases and, oftentimes, use deficit language that tends to be directed at Latinx populations and African Americans. The converse is true for Asians. So in a school district context where it's mostly white and there are few Asians, it’s possible that teachers would believe their Asian students are coming from the same experience when that’s not actually true. As a result, Asian students will have needs that go unmet. Another thing I see in practice is that because it's taboo to come across as racist, white teachers can substitute “culture” for “race” and say things like “they put their Confucian family first. They're sacrificial." So they can pathologize Asian Americans, but also rely on this idea that “you can't teach what you don't know.” They can talk about Asian culture in ways that would be inappropriate if they were describing black culture using a deficit model. So the whole asset/deficit model can be really devastating, and it's not factual.

GL: I think that one of the only ways to overcome this “I cannot teach what I don't know” idea is for teachers to undertake action research. If they see some Asian children in their classroom and they don't know anything about the students, it’s time to find out what kind of background they come from, what kind of challenges they’re facing, what kind of strengths they have, what kind of sociocultural environment they come from. There's no way that anyone else can provide the universal blueprint for teachers to use. We need to have not only reflective teachers but proactive teachers, too.

KS: How can educators partner with parents to better support APIA children?

GL: There are a lot of barriers that undermine parent/school communication and partnership. One of the top challenges stems from language differences and challenges, especially for low-income parents, new immigrants, and those with lower educational attainment. The other is a cultural understanding of how school works because there are differences between the school's role and parents' roles in different cultures. A lot of Asian parents are considered over-protective, like the “Tiger Mom” image where she is over-drilling her children and placing too much emphasis on academic achievement, but this is a stereotype. The parents might think “they should do this in the school, but they don't. But okay, I'll do it on my own." In the meantime, the teachers are asking "why are you sending your children to so many afterschool academic enrichment programs? Do you not trust us to do our jobs?" This is a classic example of the tension between the teachers and the parents.

NH: In terms of measures educators can take to partner with parents, I think the first thing is to really understand who their population is. Where do the kids live? What do the parents do? Who's in the house? Is it just mom or dad, or is it grandma and grandpa? Are they immigrants? What languages do they speak? When I taught in Milwaukee, I had to supervise student teachers and one of the white women studying to be teachers said of a child’s parents, "Well, they came from another country, and they don't know how old he is. They don't care about him." The student was a refugee from an Asian country, I don't recall which country. I failed that student-teacher at her placement because it really just showed how unaware she was. She had no desire to understand the kid in the context of the refugee camp where he had been living and outside of a Western context. I think that the step is for the schools and the teachers to really understand who the kids are, and it's not overly theoretical. It's just called being a good human being. Get to know someone.

Facing History and Ourselves invites educators to register for our upcoming webinar with scholars Dr. Russell Jeung and Dr. Allyson Tintiango-Cubales, “Coronavirus-linked Racism and the Legacy of Yellow Peril”, which will be held on June 11, 2020.