Centering Queer History and Students in the Classroom: Insights from Eric Marcus 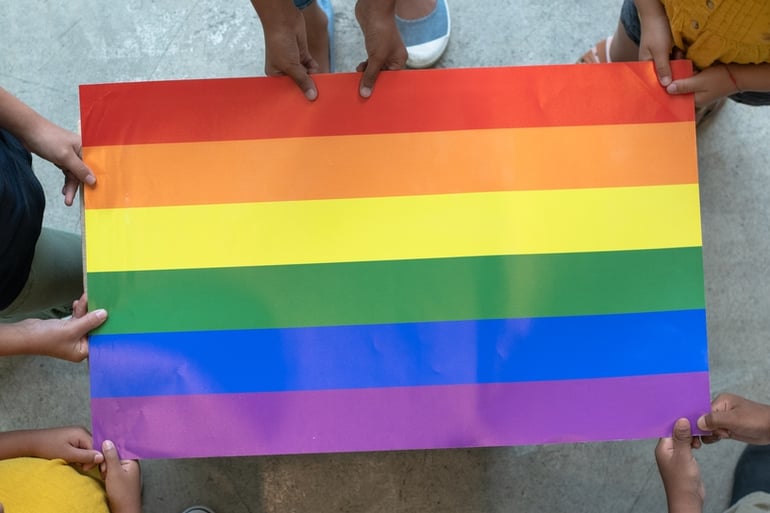 Eric Marcus, host of the acclaimed Making Gay History podcast and author of Making Gay History, spoke with Facing History in a recent webinar about teaching students with LGBTQIA+ histories and experiences in mind. Marcus’ critically acclaimed podcast is based on a wealth of exclusive interviews he conducted with LGBTQIA+ people beginning in the 1980s. Here we highlight some of Marcus’ most essential insights about the importance of teaching and learning LGBTQIA+ history, as well as the impact on students with those identities.

FH: One of our core concepts at Facing History is the importance of students being able to understand the complexity of identity and see themselves reflected in the history they are taught in the classroom. As I listen to your podcast, I love that you reveal the complexity of identity to us and each time you introduce me to a new person, I get to see a new aspect of who they are. How do you do that?

EM: I would walk into these interviews sometimes and I’d think “how am I going to do this interview” because these people were so unfamiliar to me. But what I came to discover over and over and over again was that humans, no matter how they look and present, are human. They have hearts, they have wishes, they have dreams, and they have hurts. And I wanted to know. The big challenge sometimes was asking the questions that felt uncomfortable, but I remember on any number of occasions, especially with men who were dying, I knew that if I didn’t ask the question, I would never get the opportunity again. And sometimes I was crying along with them in the interview.

I wasn’t as broad in terms of the range of individuals I interviewed as I’d be today given that our identities as LGBTQ people have become broader and it’s become a much larger and more inclusive movement… Virtually everyone I interviewed said that they were chosen. They didn't choose to do this. They got beaten up, a friend was killed, they got fired from a job. Something that was done to them, or someone they loved. Or they didn't want what happened in them to happen to someone else. Or, they were looking for love, they were looking for a boyfriend or girlfriend. The movement was fueled by love or by anger or both of the same time.

FH: What guidance would you offer a teacher who is interested in making a positive impact on LGBTQ students in the classroom?

EM: We just did a play of Making Gay History here in New York. We had ten performances, two of which were for middle and high school students. They were riveted by it and they were very curious about Bayard Rustin. A young African American woman said, “I would like to know more about the African American man who helped Martin Luther King.” She had never heard of Bayard Rustin. It doesn't have to be any specific individual but they’re astonished to find that there is a history that came before them. And they are touched by the stories whether they are told by older people or younger people. To teachers, I would say go through the episode archives and determine what you think might appeal to your students.

FH: Beyond your own book, are there any other resources you would recommend for middle school and high school educators?

EM: One book I’d love to recommend is Lillian Faderman’s book, The Gay Revolution: The Story of the Struggle. She tells the whole story in a way I didn’t in my book and it's an incredible resource published relatively recently... We are currently licensing the play to be produced but people can email me for more information. We are also developing a teachers’ guide for the play. The play has 20 actors plus me and it’s a really soft way of teaching history and engaging the students in actually inhabiting the characters whose stories they share.

Watch Eric Marcus deliver the rest of his remarks in our on-demand webinar, “Bringing LGBTQ Upstanders into Your Classroom: A Conversation with Eric Marcus.”

Facing History and Ourselves invites you to use our lesson, “LGBTQ History and Why it Matters” in your physical or virtual classroom.