Home > Our Blogs > Facing Today > The Afterdeath of the Holocaust: A Conversation with Dr. Lawrence L. Langer

The Afterdeath of the Holocaust: A Conversation with Dr. Lawrence L. Langer 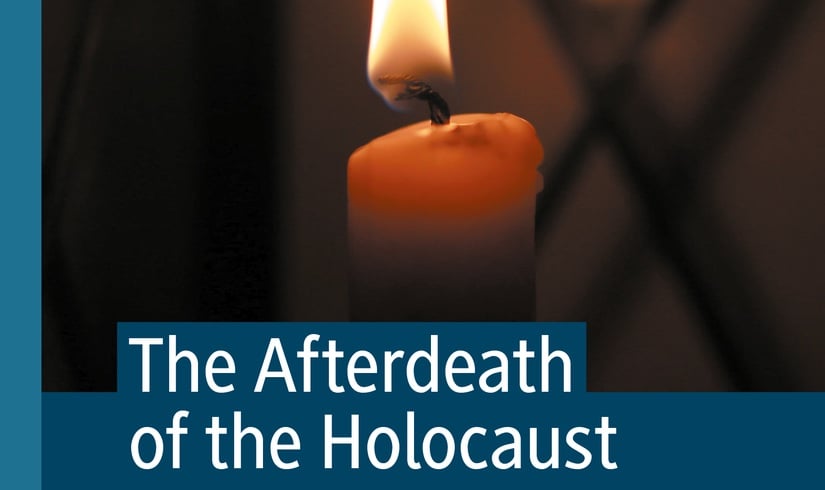 This April during Genocide Awareness Month, eminent Holocaust scholar Lawrence L. Langer shared a number of provocative insights from his latest scholarship with Facing History staff. In Dr. Langer’s new book, The Afterdeath of the Holocaust, he raises critical questions about the prevailing narratives and language used to characterize the Holocaust and Holocaust survivorship. In particular, he poses challenging questions about the meaning of survival and urges his readers to face the losses and profound suffering of victims and survivors without the sentimentality that he feels predominates. As scholars throughout the field of Holocaust Studies continue to grapple with these complex questions, Dr. Langer contributes a challenging perspective that ultimately calls for commitment to unvarnished truth telling about the depth of loss and suffering borne by victims and survivors themselves. This April and all year long, we at Facing History are also sitting with these rich questions and commitments.

Below are some of Dr. Langer’s insights about the origins of his term “afterdeath” and why it is relevant to Holocaust survivorship:

“I discovered the term ‘afterdeath’ by listening to survivor testimony… I was reading a memoir by a woman named Hanna Lévy-Hass, A Diary of Bergen-Belsen, and near the end of the war, she realizes that this was going to end and she may still be alive so she writes in her diary: ‘What horror, this death without dying, this prolonged living death.’ I read that and it didn't register too much but a few weeks later, British troops arrive and she enters into her diary ‘we have not died, but we are dead’ and I said to myself, ‘something is going on here. What do you mean we have not died, but we are dead?’ Then I read Charlotte Delbo's volumes that she wrote as an Auschwitz survivor. She visits a friend of hers after the war in Paris, she's just given birth to a baby, she's a fellow survivor, and she's weeping. Charlotte says, ‘Why are you weeping? You just gave birth to this beautiful baby boy.’ And she says, ‘I can't stop thinking about those children in Auschwitz who were killed.’ And then she says a classic line: ‘I died in Auschwitz, but nobody notices it.’ And I said to myself something is really going on here.

Then I read a memoir by Jorge Semprun, a survivor of Buchenwald, and he writes about ‘the criminal madness of living the life of a dead man.’ Slowly, I realize I've been listening to this but I haven't been hearing what they're saying. Then I'm reading an interview with a survivor of the uprising at Sobibor and he says: ‘You know, one can be alive after Sobibor without having survived Sobibor.’ And, by then, I realize that there's a concept here that no one has ever really discussed before. Again and again in survivor testimony, people are trying to explain what it means to be alive and dead at the same time, what I call the ‘afterdeath’ of the Holocaust, and it ended up as an essay in my new book.”

Dr. Langer went on to discuss some of the ideas he sought to disrupt in this new volume, challenging some of the foundational claims of the influential thinker and Holocaust survivor Viktor Frankl. Though Frankl’s thought emerged from his own experience as a survivor of the Holocaust, Dr. Langer voiced concern about some of the consequences of Frankl’s ideas. Below are some of Dr. Langer’s insights:

“One of the earliest books I read was Viktor Frankl's Man's Search for Meaning. And he is the founder of what I call redemptive memory. Frankl was convinced that whatever they did to our bodies, they could not injure our spirits and he developed what he called logotherapy, a way in which you could extract meaning from the experience of the Holocaust. Frankl is still one of the most popular writers about the Holocaust. Some years ago, the Library of Congress did a survey and determined that Man's Search for Meaning was one of the 15 most popular books ever published in the United States, which I find scandalous because the whole book is untrustworthy.

He repeats one line from Nietzsche in that book: ‘That which does not kill me makes me stronger.’ And every time I think of that sentence, I then think back of the photographs of Bergen-Belsen when the British liberated it, hundreds and hundreds of bodies lying around, people still alive looking more like corpses. But the notion is that it didn't kill them; that they're still alive. 13,000 prisoners in Bergen-Belsen died after they were liberated; they were so weakened that the British could not keep them alive.

And so Frankl invents a myth that one can overcome what happened to them and it makes you feel good. Redemptive memory is the pursuit of reassurance that however bad the Holocaust was, we can extract something meaningful from it. Spending years and years listening to survivor testimony, never hearing anything about redemptive memory or redemptive values coming out of the Holocaust, I decided to explore reasons why this notion that we can find something good out of something that was so bad persists. I understand the need to find something good from something that was so bad; I guess it's a human need, but it distorts the nature of the experience. The idea does not emerge from the testimony of Holocaust survivors. It emerges from trauma theorists who believe that one can work through a trauma no matter how bad it was.”

Finally, Dr. Langer shared some potent insights concerning the significance of the words we use to characterize historical events and actors. In this talk, he spoke to the consequences of trying to put a positive spin on the events of the Holocaust, and the exhilaration that comes from embarking on a truth seeking journey, however painful it might be:

“Vocabulary has helped to determine how a lot of people react to the Holocaust. And if you use the word ‘redemption’ or ‘hero’ or ‘martyr,’ you think about it in a certain way. For me, that kind of language is a form of evading the Holocaust. Once you realize that the words you choose can help to determine how we think about the event, you choose your words more carefully.

When people ask me, ‘how can you write about this your whole life?’ and I say, ‘it's exhilarating,’ they don't understand what I'm saying. What I discovered is that language has an ability to invade the territory of Holocaust atrocity where the human mind fears to tread. You don't want to think about it and so you have to find words, and every time I write it's a search for language. And it's also a process of learning how to find a vocabulary to confront this, but also unlearning the habit of using familiar vocabulary which is going to lead you in the wrong direction and cause you to misrepresent what's going on.

Facing History and Ourselves invites educators to use our seminal case study, Holocaust and Human Behavior, in the classroom.

Pictured above: A portion of the cover of The Afterdeath of the Holocaust (Palgrave, 2021).