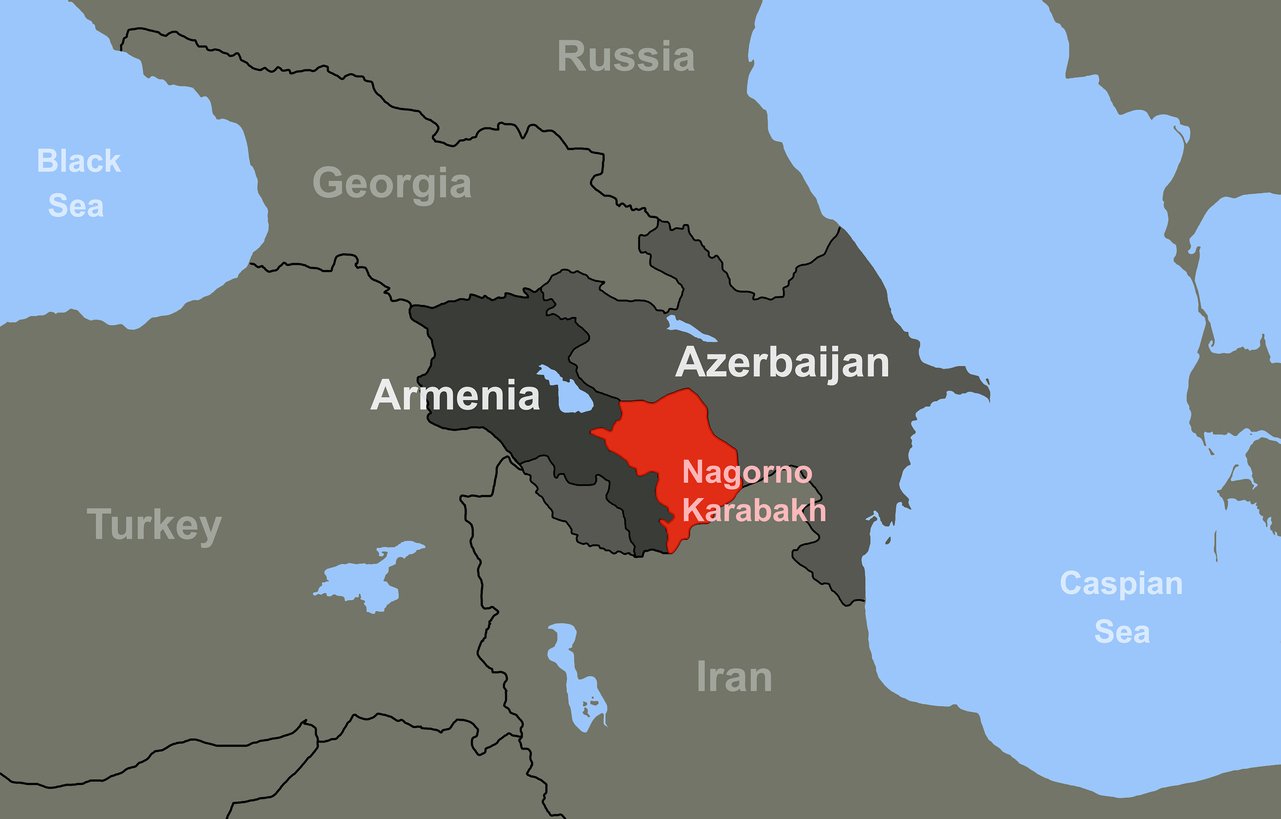 We spoke with Marc Mamigonian, academic director of NAASR (National Associate for Armenian Studies and Research), to help us understand what is happening. Below Marc’s responses are links to some Facing History resources and connections questions.

FH: Help us understand what is taking place right now between Armenia and Azerbaijan in Nagorno-Karabakh.

MM: What is happening now springs from the fact that there has been no true resolution to the war fought over Nagorno-Karabakh in the early 1990s. Azerbaijan does not accept that Armenian-inhabited N-K is a de facto independent state; N-K and Armenia do not accept the possibility of N-K going back to being under the control of Azerbaijan. Azerbaijan has been building up its military enormously for years; and Turkey, which has always strongly supported Azerbaijan, is now also actively encouraging and facilitating its aggression against N-K and Armenia. Also, since Armenia’s 2018 “Velvet Revolution”—which threw out a corrupt regime and replaced it with a reformist, pro-democracy leadership—the autocratic Azerbaijani and Turkish states may well see a democratic Armenia as an annoyance that needs to be crushed as a way of discouraging reformists in their own countries.

FH: Armenians—and others—are making connections to 1915 and the Armenian Genocide. Why?

MM: In the late 80s and early 90s, when the Karabakh independence movement and subsequent war were happening, the Armenians on the ground in N-K and Armenia felt that they were facing the real risk of another genocide. The extremely close relationship between Turkey and Azerbaijan, which is ethnically and linguistically Turkic, contributed and still contributes to this. Furthermore, the rhetoric from Azerbaijan and Turkey...has a disturbingly genocidal tone. The former denies the legitimate existence of Armenia and N-K at all and the latter promotes a kind of neo-Ottomanism and Turkish dominance in the Caucasus region. Azeri threats to, say, bomb Armenia’s Metsamor nuclear power plant, which would destroy the small country, are also genocidal in intent. However, unlike in 1915, Armenia and N-K have a military with the will and the capacity to fight back.

FH: It's primarily the Armenian community that is speaking up and urging people to pay attention right now, to know about the past and understand its legacies. Why?

MM: The Armenian community, quite correctly in my view, feels strongly that the violence and genocide inflicted on the Armenian people in the past has not been properly recognized by the world in general and certainly not acknowledged, much less redressed, by the perpetrators. The community also feels strongly that the injustices of the past are a legacy that continues to breed violence and injustice in the present. In this sense, Turkey, through its denial of the WWI-era genocide and its ongoing collaboration with Azerbaijan, cannot be seen as a post-genocidal state: it has never faced what happened, actively denies it, and continues to threaten the existence of Armenia. The past and its legacies are directly connected to what is happening now.

FH: Many people watching this conflict are commenting on the representation of Armenia, in particular, by the media. How can we support our educators to get accurate information on this conflict and to consider questions of media literacy?

MM: We can support our educators by providing them with materials that draw on the considerable scholarship that has been done on these issues; by advocating the recognition of these issues by the federal government since such recognition influences what is taught in our schools; challenging the misrepresentations and false equivalences endemic in our media; instructing teachers and students in how to interpret these misrepresentations and false equivalences and to understand where they come from; and emphasize that these kinds of misrepresentations are not merely an “Armenian problem” but are related to other similar media distortions.

Tools for the Classroom:

Facing History and Ourselves invites educators to use our teaching unit, Crimes Against Humanity and Civilization: The Genocide of the Armenians in the classroom.

Dr. Karen Murphy is the Director of International Strategy for Facing History and Ourselves.

Liz Vogel is Executive Director of Facing History, Los Angeles.
At Facing History and Ourselves, we value conversation—in classrooms, in our professional development for educators, and online. When you comment on Facing Today, you're engaging with our worldwide community of learners, so please take care that your contributions are constructive, civil, and advance the conversation.