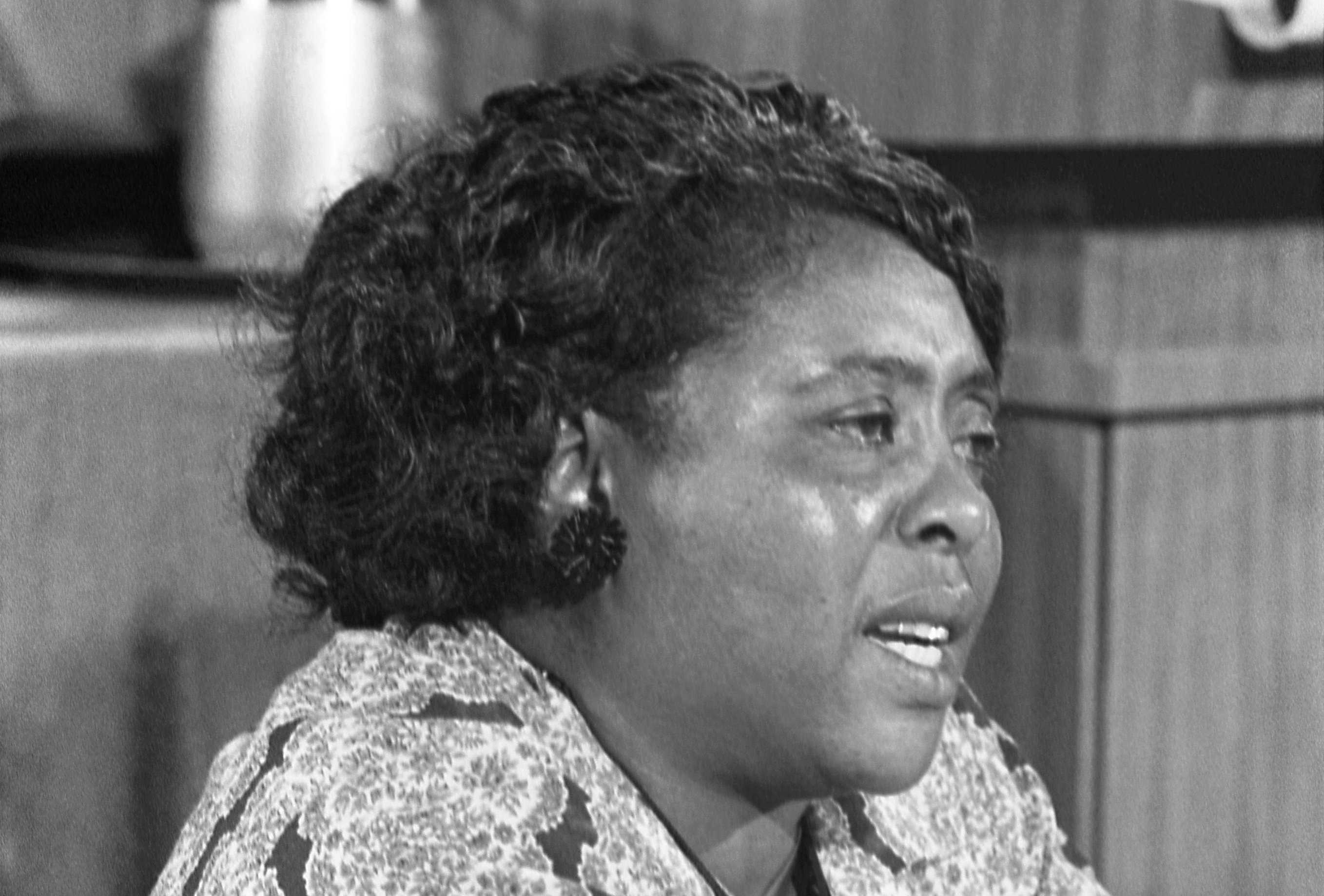 Facing History Cleveland recently offered a riveting professional development webinar to Ohio-based educators called “Standing on Their Shoulders: Unsung Women of the Civil Rights Movement.” There, Program Director Pamela Donaldson and Senior Program Associate Lisa Lefstein-Berusch provided educators with strategies and frameworks they can use to broaden students’ knowledge of the contributions Black women made to the movement, as well as deepen students’ understanding of specific strategies that have driven social change. And soon, educators around the country will have the chance to access this professional development opportunity. As we teach about histories of oppression—including the events of the Reconstruction and Jim Crow Eras—making space for stories of agency is critically important. At Facing History, we believe it’s vital that students not only learn how Black women have been acted upon by outside forces, but also how Black women have taken action to shape the world and their own lives.

A key figure from the Civil Rights Movement who exemplifies this strength of leadership is Fannie Lou Hamer who came to prominence during Freedom Summer of 1964 in Mississippi. Though the movement that coalesced during Freedom Summer resulted from the efforts of a multi-gender and multi-racial coalition, her leadership was a driving force that brought their work onto the national stage.

Hamer was born in 1917 in the Mississippi Delta to a large family of sharecroppers. Despite sustaining permanent injuries from police brutality and forced sterilization, her fighting spirit and commitment to advancing justice would leave a lasting mark on the country. Hamer worked tirelessly for many years picking cotton until she was fired from her job and put out of her home when she tried to register to vote. Despite the immense bravery that this required, her attempt to register to vote would only be one step in her fight to change the political landscape of Mississippi.

Hamer was not alone in not being able to register to vote due to the depth of systemic racism that prevailed in Mississippi at the time. In the 1960s, Black citizens made up 40% of the population of Mississippi but fewer than 7% of Black Mississippians were registered to vote compared to between 50-70% in other southern states. And even amongst those registered in Mississippi, many were not able to cast a ballot due to various voter suppression tactics. These staggering statistics and efforts to undermine Black political participation prompted Hamer to co-found the Mississippi Freedom Democratic Party (MFDP), a political party that was unique in its openness to people of any race.

Energized by the MFDP’s cause, a coalition of organizations including the Student Nonviolent Coordinating Committee (SNCC), Congress of Racial Equity (CORE), and Council of Federated Organizations (COFO) would organize what came to be known as Freedom Summer. Their vision was to register as many Black voters as possible in Mississippi. As a result of their combined efforts, a multi-racial cast of over 700 volunteers from around the United States would travel to Mississippi to help Black residents register to vote. In the end, 17,000 Black Mississippians attempted to register to vote but only 1,600 were successful.

In an effort to ensure that the voices of their community would be heard, the MFDP would petition to be seated at the Democratic National Convention in place of the all-white Democratic delegation. Hamer delivered an iconic testimony before the Credentials Committee of the Democratic National Committee (DNC) to make the argument for why the DNC should seat the MFDP. Aware of her exceptional oratorical abilities, President Lyndon B. Johnson held a simultaneous, impromptu press conference to prevent her testimony from being televised. Despite this deliberate act of silencing, Hamer’s testimony would ultimately reach audiences at a later date and would become known as one of the most powerful speeches of the Civil Rights Era.

Though Hamer’s vision of integrated Democratic delegations was not realized until 1968, the agitation of the MFDP continued to drive vital, incremental change in the region in the meantime. The visibility of the Freedom Summer movement would also be instrumental in raising national consciousness about the experiences of Black Mississippians and the need for systems change across the United States. It was not long before the Civil Rights Act of 1964 and the Voting Rights Act of 1965 passed, establishing a new standard to which citizens could begin holding their states and municipalities accountable.

In addition to Fannie Lou Hamer, there are countless other Black women who made significant contributions to the Civil Rights Movement and the world we now inhabit. They include the likes of Mamie Clark, Septima Clark, Mamie Till, Ella Baker, Johnnie Carr, and so many more. Despite their unique paths to service and ultimate contributions, they all employed key levers of power to drive social change. These levers included government, social-sector organizations, for-profit companies, media outlets, educational institutions, and individual influencers.

As we think about how to bring these lessons into the classroom, we can look to these stories of agency and see how the steps that these courageous women took set the stage for change that would outlive them. Tell us how you are engaging these histories and stories of agency in your own work in the comments.