Home > Our Blogs > Facing Today > George Washington on Religious Inclusion: To Bigotry No Sanction, To Persecution No Assistance

We have to prepare students for a globalized world in which encounters with difference, particularly religious difference, are increasingly part of our everyday lives. That means students and teachers need to know more about all faiths, their origins and practice as well as differences between devotion and destruction in the name of religion. It also means that true civic education includes reflection on what a strong, vibrant, multi-religious democracy looks like in practice. 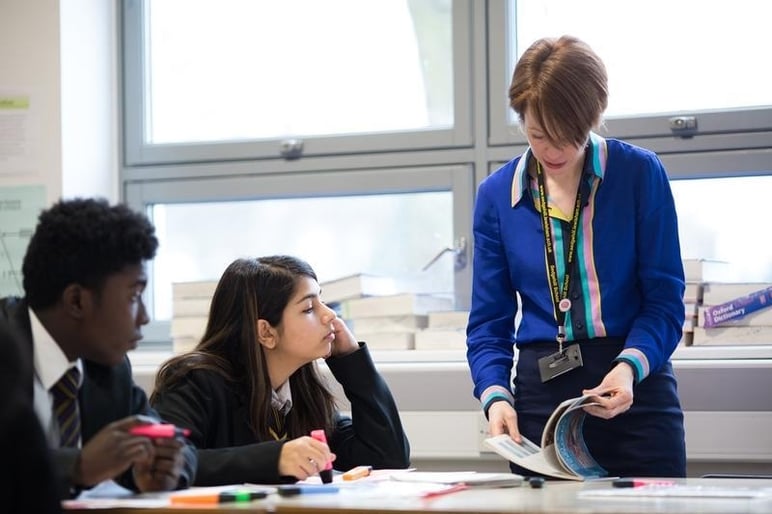 George Washington’s 1790 Letter to the Hebrew Congregation of Newport, Rhode Island is an important entry into these lessons. The letter, which is increasingly being recognized as a foundational text to teach early history of the United States, provides a historically grounded launching pad for exploration of religious freedom in the context of a pluralist democracy. Indeed, Washington’s words express openness to religious differences while being clear about what he sees as the obligations of citizenship. A guided discussion of the letter can push students to think hard about integration, tolerance, and its limits.

What is often lost from history is just how fragile the position of religious minorities was in the early days of the United States. Before the American Revolution, each colony had its own relationship between religion and government; what that would look like in the new constitution was not clear. When Washington wrote this letter, the first amendment – what we now think of as the Constitution’s standard on the relationship between church and state – was not ratified. In fact, in 1790 many states excluded Jews, Catholics, Quakers and others from civic participation based on religious differences. Even in Rhode Island, where Moses Seixas, a Jew, was selected to greet the president with a public address, Jews could not vote or hold office.

Four days later, the President responded. In his context, and ours, Washington’s bold language has extraordinary power. He wrote:

"The Citizens of the United States of America have a right to applaud themselves for having given to mankind examples of an enlarged and liberal policy: a policy worthy of imitation. All possess alike liberty of conscience and immunities of citizenship. It is now no more that toleration is spoken of, as if it was by the indulgence of one class of people, that another enjoyed the exercise of their inherent natural rights. For happily the Government of the United States, which gives to bigotry no sanction, to persecution no assistance requires only that they who live under its protection should demean themselves as good citizens, in giving it on all occasions their effectual support."

While Washington’s language was neither legal nor binding, and it is clear that both we as a country, and even Washington himself, have always struggled to match his aspirational language with reality, he offered a moral vision of inclusion and civic participation - one in which respect is balanced with responsibility. These are essential lessons in our polarized times today.

Below are suggested resources for teaching the letter: