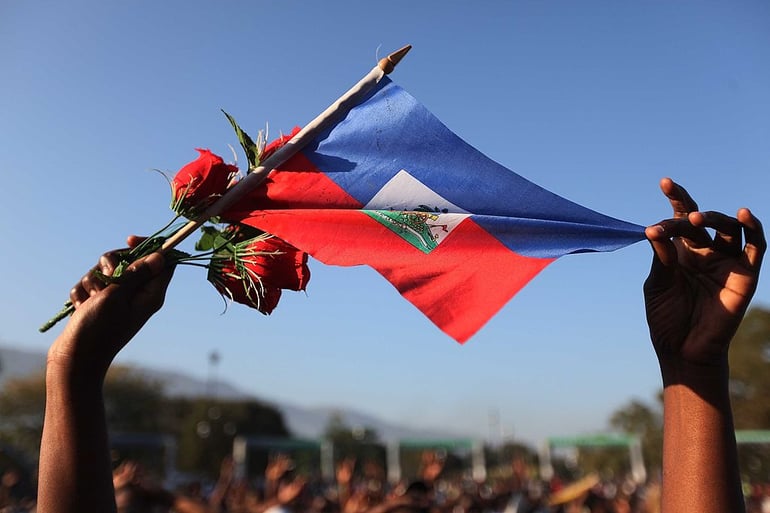 A cursory look at recent Haitian history immediately reveals a string of natural disasters. In 2010, the island was struck by a 7.0-magnitude earthquake that resulted in a harrowing 220,000 deaths, 1.5 million people displaced, and about 300,000 injured. Scientists identify the unique geolocation of Haiti as a significant risk factor for earthquakes as it sits atop the Enriquillo-Plantain Garden fault system where the Caribbean and North American plates meet. This vulnerability is reflected in a long series of catastrophic earthquakes in Haiti dating back to at least 1751.

Yet the story of Haiti reveals that, all too often, purportedly “natural” disasters are anything but natural and are actually the product of a combination of social, political, and ecological factors.

It was in 1697 that the Spanish ceded colonial control of Haiti to the French, laying the groundwork for them to erect what would become one of the most brutal and profitable African slave economies in the world. Haiti—then called Saint-Domingue—became the world’s epicenter for sugar production and a central driver of the French economy. Historian Alex von Tunzelmann argues that it was during this time that the French embarked upon a program of massive deforestation to support their agricultural ambitions, thereby eroding the soil and permanently heightening the consequences of ecological events like earthquakes, landslides, and flooding as compared to conditions in neighboring Dominican Republic on the other side of the island of Hispaniola.

Then on August 21, 1791—exactly 230 years ago this week—one of the most substantial chapters in world history would begin. The Haitian Revolution—considered the only successful slave revolt in modern history—fundamentally reshaped not only Haiti but the rest of the world and, particularly, the fledgling United States. Inspired by a deep yearning for freedom which they saw echoed in the American and French Revolutions of the same period, the enslaved Black people of Saint-Domingue rose up in what became a bloody and politically complex war that lasted twelve years. Led by ex-slave Toussaint L’Ouverture as commander general, the enslaved would free themselves and form the first independent Black republic in the Western hemisphere. On January 1, 1804, they renamed themselves Haiti, believing this to be the place name used by the indigenous Taino people who inhabited the island prior to Spanish colonization. The nation proceeded to be self-governing for many years.

Despite Haiti’s overwhelming victory, the republic would be forced to pay reparations to France for over a century in exchange for diplomatic recognition due to the damages and casualties the French suffered in the course of the war. This arrangement led Haiti into an escalating spiral of debt, later involving various other nations and entities, that continues into the 21st century, interfering with its ability to accumulate capital; achieve political stability and self-determination; and establish vital infrastructure. All of these foundations for civic life are, of course, crucial when a nation is trying to recover from a natural calamity.

In addition to this hard-won battle for recognition and the process of continual dispossession that has followed, we might also contemplate the ways in which the sheer knowledge of Haitian ingenuity, resistance, and resilience has been obscured. How many of us, for example, learned that an entire nation of enslaved Black people freed and subsequently governed themselves at the turn of the 19th century? Or that this revolution of the enslaved shook Napoleon Bonaparte so deeply that he abandoned his imperial agenda in the western hemisphere and sold Louisiana to the U.S. in the Louisiana Purchase? The notion that Black people have collectively achieved freedom from slavery without awaiting the interventions of others seldom appears in our history books. From the maroons of the Great Dismal Swamp in the U.S. to the quilombos of Brazil, the Haitian Revolution is an exceptional example from a global tradition in which Black people have claimed freedom on their own terms.

It is for this reason that the erasure of Haiti’s extraordinary history of resistance is so notable. Known now as the poorest nation in the modern world, contemporary news coverage often presents Haiti as a place beset by deep poverty, inexorable corruption, and recurrent natural disasters. Though these terms may describe aspects of the nation’s present circumstances, seldom do we hear about the global history of colonization, slavery, and dispossession that so shaped them and made the Haitian Revolution such a monumental event in world history. Viewing Haiti in this light compels us to see the remarkable resilience of the Haitian people, interrogate why their powerful history of Black resistance is so often obscured, and grasp the broader significance of supporting Haitian-led relief efforts today, both for Haitians and for Black people everywhere.

As you explore what it might look like for you to stand in solidarity with the people of Haiti in meaningful ways today, consider supporting Haitian-led organizations that are providing support on the ground and, if you are an educator, using our classroom resource, From Reflection to Action: A Choosing to Participate Toolkit, with your middle and high school students.

Pictured above: A woman holds a Haitian flag and roses at a church service following the earthquake of January 24, 2010 in Port-au-Prince, Haiti. (Photo by Joe Raedle/Getty Images)