Identity, Literature, and Possibility: A Conversation with Nicole Chung 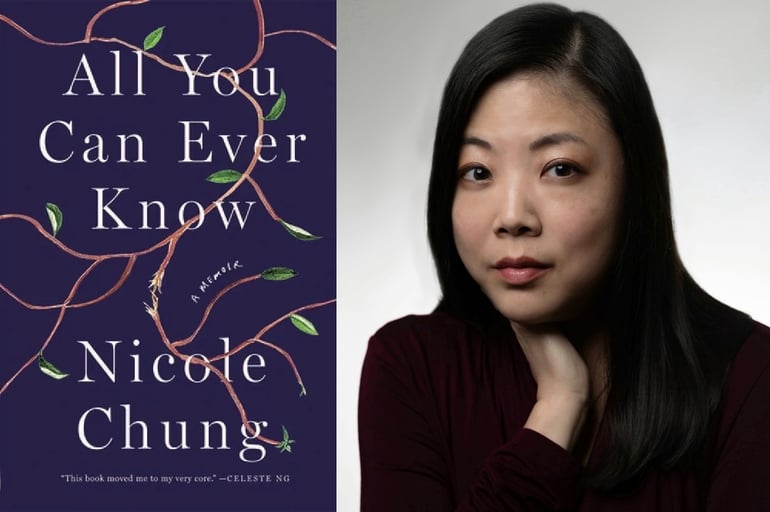 In an interview earlier this year, I sat down with Nicole Chung—author of All You Can Ever Know: A Memoir (2018). There, Chung details her experience growing up as a transracial adoptee of Korean descent within a white family in small-town Oregon. Her journey of navigating anti-Asian racism without the understanding of her white family, building resilience, searching for her Korean birth family, and coming into her own as a writer and mother are among the threads that tie this riveting story together. Her memoir addresses issues of identity and speaking across difference that are central to the educational approach of Facing History, and educators will find much to reflect upon within its pages.

FS: In your book, you mention that—in contrast to your own experiences growing up—you always want your child to know who she is. How can educators and school communities help students engage in this reflection?

NC: I mention that in All You Can Ever Know because I feel as though I spent so much of my childhood not really understanding what it meant to be Korean or Asian American—there was no positive definition, there was only the absence of one: I knew I wasn’t white. But whiteness was the default, whiteness was all I ever saw around me, and so it felt like my identity was defined by what I wasn’t, not what I was. I knew I wanted more than that for my own kids. Not that I can ever define them or their experiences for them, not that I would seek to—but I do very much want them to have a definition of who they are that isn’t entirely based on not being like someone else.

Every child might answer the question “Who am I?” in a different way. And the same child might answer it differently on a different day. I think just encouraging kids to ask that question and then try to answer it in a variety of ways is valuable. They can think about who they are in terms of their personal history; their family history; who and what they love; what they like to do; the choices they make; and the people they want to be and grow into. It’s so important that they get to think about and say who they are, and be believed and affirmed in that. Every kid should get to experience that in every classroom they’re in. And I think it’s really important to teach kids to listen to their peers’ stories as well—to hear and respect what their fellow students say about who they are, and to believe them.

FS: An experience you highlight from your time in school was reading Farewell to Manzanar—the only book you’d read featuring an Asian American girl, and it was in the context of a Japanese American internment camp. Why was that experience important to you?

NC: The library was my haven at my small white parochial school—I would have gone there during every recess if I’d been allowed. Pretty much all of the protagonists in the books I read and loved were white, just like everyone I saw in my daily life. I could relate to these beloved characters for other reasons, but I could never quite see myself having the sort of adventures they did, or being important in the way they were. I think the subliminal message I got, even from books I adored, was that a girl like me—a Korean girl—couldn’t be a heroine; couldn’t be at the center of a story; couldn’t be a writer.

Then I pulled Farewell to Manzanar off the shelf one day and read it on my own. I’d never read anything about the incarceration of Japanese Americans during World War II before, and if I hadn’t read that book I wouldn’t have learned anything else about it until we got to the one paragraph about it in my AP U.S. History textbook. It was eye opening, albeit in a strange and terrible way, to read about such blatant racism and prejudice and understand that these things were very real. That sounds so obvious, but no one I knew ever talked about racism, and the few times it was mentioned—say, in school—it was depicted as something rare, something that certainly didn’t happen to kids like me.

While I’d obviously experienced nothing like what Jeanne Wakatsuki Houston experienced, by the age of nine, I’d experienced plenty of racism at school; I had been called slurs and mocked over both my heritage and my adoption. So I knew that some people didn’t like me because I was Asian, but I didn’t know where that race-based suspicion and animus came from. I think Farewell to Manzanar played a small but crucial role in my childhood consideration of what racism was and the different and violent forms it could take at a time when no one else in my life was ready to have that conversation with me.

I was glad to know that a Japanese American woman had written this book—any books—because I loved writing so much. From then on, I tried to keep my eye out for the (very few) children’s books I could find by Asian American authors, whether nonfiction or fiction. I really wanted to believe it was possible for me to write books one day, too.

FS: You write about the parallel experience of having a loving family that was there for you as well as one that lacked understanding of the role race played in your daily life, provoking you to feel that you had to explain your experience to your white family. What caused you to move from silence to increased engagement?

NC: It was just a choice I felt I had to make. And it didn’t happen all at once. I think it grew out of my attempts to explain to them what growing up in a white family and a very white community was like for me, how that related to my decision to search for my Korean birth family, why I reached adulthood still being unsure of who I was as a Korean American adoptee. We never fully aligned on all of this—for one thing, there was so much distance between us politically, and in terms of lived experience in this country. I didn’t necessarily think I would ever fully convince them, or get them to really see what my experience was and is as an adopted Asian American woman in this country. But at a certain point, I felt as though our relationship demanded my honesty, even if we never landed on the same page. I came to see that honesty as a sign of my respect and love: I didn’t want to feel like I had to hide these important things from them any longer, or pretend they didn’t matter.

My parents loved me and I loved them, and so our relationship—and our communication about these hard topics—needed to be real and honest, even if there was a part of my life they could never fully see or grasp. I still wanted them to try, and I tried my best to understand them, too, although there was so much we didn’t agree on. Some people wouldn’t find the effort itself to be good enough, and I get that. But for me, that effort we all made was the most important part—it mattered to me that they did sometimes listen, and reconsider, and try to understand, even when full understanding proved elusive.

Facing History invites educators to use our resource collection Teaching Farewell to Manzanar in the classroom.

Pictured above: Author Nicole Chung and the cover of her book All You Will Ever Know: A Memoir.
This piece was originally published in February 2022.

Franklin Stebbins is Senior Program Associate for New Jersey Growth and Strategy at Facing History. Before taking this role, he was a New Jersey educator for 17 years. During that time, he started a full-year Holocaust and Genocides elective that heavily used Facing History resources and pedagogy. He was recognized as the 2018 Gina Lanceter Power of One Award by the New Jersey Holocaust Commission, the 2019 Dr. Hank Kaplowitz Outstanding Human Rights Educator of the Year by the Human Rights Institute at Kean University, the 2019 Unity Award for Achievement by an Educator by the Union County Human Relations Commission, and as a 2019 Exemplary Educator by the New Jersey Department of Education.
At Facing History and Ourselves, we value conversation—in classrooms, in our professional development for educators, and online. When you comment on Facing Today, you're engaging with our worldwide community of learners, so please take care that your contributions are constructive, civil, and advance the conversation.