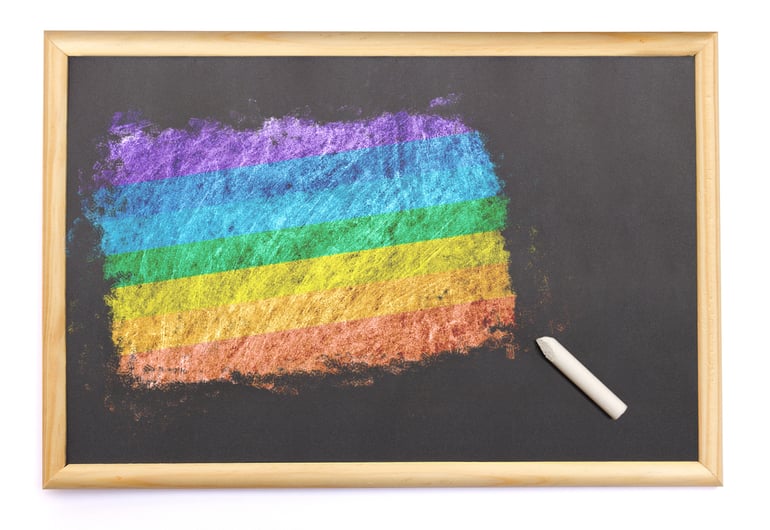 Have you ever wondered how Gay-Straight Alliances came to be? Though it may seem unremarkable that students can participate in Gay-Straight Alliances in a growing number of schools today, this was not the case until relatively recently. Led by gay educator and GLSEN founder Kevin Jennings, the movement to create networks of support within K-12 schools that affirm the experiences of LGBTQ+ youth is one that points to the importance of solidarity and collaboration between teachers and students. In addition to a powerful story of bravery and solidarity, the origins and current work of GLSEN also offer rich insights for educators and administrators interested in supporting their LGBTQ+ students more effectively.

Kevin Jennings is a gay man who grew up in a rural North Carolina community where he experienced persistent bullying and name-calling for being gay. He told Education Week that these formative experiences were instrumental in inspiring him to form GLSEN. While serving as a teacher at a high school in Concord, Massachusetts, Jennings became the first faculty advisor of a student-led Gay-Straight Alliance in 1988. Two years later, he founded GLSEN which stands for Gay, Lesbian, and Straight Education Network. Acutely aware of the vital role that teachers play in creating affirming learning spaces for LGBTQ+ youth, the organization’s goal was to end discrimination, harassment, and bullying based on sexual orientation and gender identity and/or expression in K-12 schools. The organization would grow a 1.5 million-person network of Gay-Straight Alliances comprised of students and teachers, along with other allies including families and education advocates. Today, the organization defines its expansive work this way: “GLSEN believes that every student has the right to a safe, supportive, and LGBTQ-inclusive K-12 education. We are a national network of educators, students, and local GLSEN Chapters working to make this right a reality.”

GLSEN is not only dedicated to empowering educators and school administrators to drive change but also supporting student-led movements and student leadership. GLSEN offers a host of youth development opportunities including their Youth Leadership Program and National Student Council which allows selected leaders to convene nationally to shape collective action. In addition, they offer materials designed to equip students to engage in leadership within their own schools around various days of action sponsored by GLSEN including Solidarity Week (every September), No Name-Calling Week (every January), and the Day of Silence (every April).

The story of GLSEN speaks to the power of solidarity, not only between LGBTQ+ youth and allies as is often noted but also between teachers and students. The power of Jennings’ decision to translate his painful experiences of marginality as a young person into a safe container within his school and, ultimately, a movement cannot be overstated.

Turning to Jennings’ example as a teacher and the many teacher-allies who are supporting Gay-Straight Alliances within their schools today, one might consider what additional steps one can take to support LGBTQ+ students from a place of comparable vulnerability and courage. If you are an educator, how can you contribute to building a school culture in which all feel safe, welcome, and affirmed? How can you prioritize professional learning that helps you to become more knowledgeable, humble, and effective in the work of supporting LGBTQ+ students?

To learn more about how you can support your LGBTQ+ students and help build an inclusive school culture, explore Facing History’s exclusive interview with Harvey Milk High School—the first high school in the world designed for LGBTQ+ students when it opened in New York City in 1985.