Home > Our Blogs > Facing Today > Reckoning With Our Past: The Legacy of Migration and Belonging in US History

Reckoning With Our Past: The Legacy of Migration and Belonging in US History 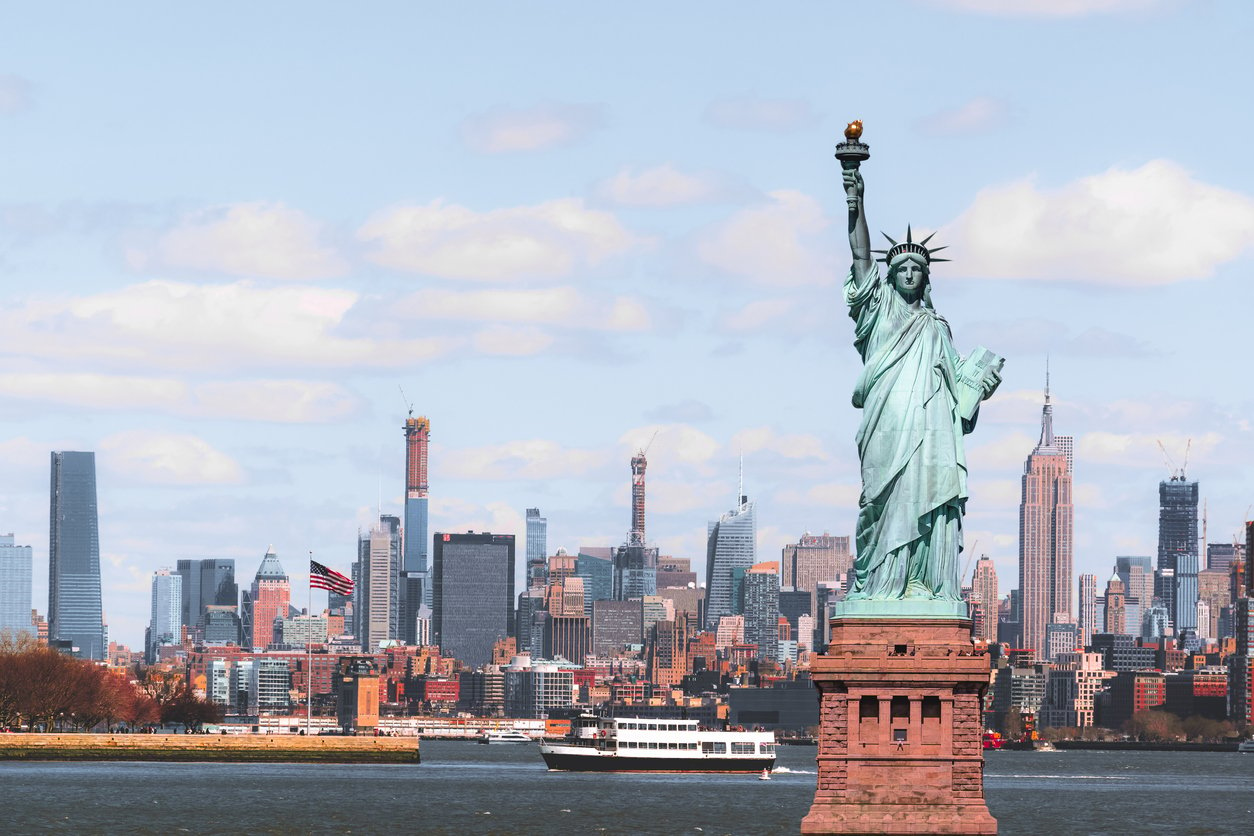 Fifty-five years ago this October 3rd, at the base of the Statue of Liberty, President Lyndon Johnson signed the Immigration and Nationality Act of 1965. “This bill is not a revolutionary bill,” explained Johnson. “It does not affect the lives of millions. It will not reshape the structure of our daily lives.” What it would do, he hoped, was eliminate the hypocrisy that had allowed the nation to embrace ideals of freedom and equality while sustaining discriminatory immigration policies that had effectively barred non-white migrants from entering the country for decades.

We might think that this “nation of immigrants” has always been open to those who sought a better life. But, in truth, the gates had been closed for much of the last century—a xenophobic fervor having been the north star guiding the country’s immigration policy. The legacy of this history can teach us about the evolving identity of our community, how we navigate issues of membership and belonging, and how we choose to stand up for one another today.

At the turn of the 20th century, amidst a recent wave of immigrants from across Europe, efforts to restrict immigration showed renewed momentum. The Eugenics Movement sought to justify white supremacy, making the pseudoscientific case for hierarchy among racial groups. Individuals such as Madison Grant and Harry Laughlin wrote and presented extensively on the topic, gaining the ears of policymakers in Washington. Grant’s best-selling book The Passing of the Great Race bemoaned the existential threat that the nation’s increasing hybridity posed to whiteness—an America that had become, in his words, “an asylum for the oppressed [...] sweeping the nation toward a racial abyss.”

The movement found political traction and won legislative success with the creation of the Asiatic Barred Zone in 1917 that expanded the anti-Asian xenophobia first codified by the 1882 Chinese Exclusion Act, and later with the Emergency Immigration Act of 1921, stemming the tide of migrants after World War I.

The crowning achievement came three years later with the establishment of restrictive national origins quotas. The Immigration Act of 1924 drastically curtailed immigration from most everywhere with the exception of Northern and Western Europe. It set minimal quotas of just two percent of 1890 census data, a time when the population’s roots were predominantly from these more desirable ports, to form the most exclusionary race-based immigration policy the nation had seen. “It will mean a more homogeneous nation,” wrote Senator David Reed, the bill’s co-sponsor, in an essay for The New York Times titled “America of the Melting Pot Comes to End.”

Representative Emanuel Celler and other lawmakers vehemently opposed the quotas, understanding their overt bias and discriminatory impacts. On the House floor, Celler sounded the alarm at the falsehoods promulgated by Laughlin, Grant, and other eugenicists, pointing out the “fallacy of ‘Nordic supremacy’.” But their efforts failed and on May 26, 1924, President Coolidge, who had declared more pointedly in his first annual message to Congress, “America must be kept American,” signed the bill into law.

The effects were swift: the next year, immigration through Ellis Island dropped 58 percent from more than 700,000 a year earlier to fewer than 300,000. Immediate efforts to dismantle the new policy were stymied by fear of a homegrown Bolshevik revolution and labor concerns from rising inequality that would culminate in the Great Depression. The quotas were here to stay.

Later, as the Holocaust unfolded at the hands of the Third Reich, the quotas and a pervading antisemitism made it all but impossible to effectively take in those seeking refuge. And a bitter truth that illuminates the connectedness of oppression is that Hitler himself was an admirer of US segregation, indigenous displacement and genocide, and race-based nationalism. “The American Union categorically refuses the immigration of physically unhealthy elements,” he wrote with admiration in Mein Kampf, “and simply excludes the immigration of certain races.” After Kristallnacht, when questioned by reporters about whether the quotas would be relaxed, President Roosevelt replied, “That is not in contemplation. We have the quota system.”

Despite tireless efforts on the part of countless individual advocates and organizations, meaningful rescue during and after the war remained piecemeal. Although there was some legislative movement, such as with the Displaced Persons Act of 1948, this fell far short of addressing the larger crisis and was, itself, discriminatory against Jewish refugees.

It was not until the 1960s, after the craze of McCarthyism had passed and the road had been paved by civil rights activists, that true reform would come. President Johnson mobilized Congress in the immediate wake of Kennedy’s assassination, fulfilling the agenda of his predecessor. And while his vision for the Great Society would ultimately get swallowed by the War in Vietnam, Johnson signed the Immigration and Nationality Act into law on Liberty Island.

Johnson did believe the law would have little revolutionary impact, and that its preferences for family reunification and skilled workers would hold steady the current demographics of the time. Despite its contradictions, the US has seen a dramatic increase in immigration from Asia, Central and South America, the Middle East, and Africa, and less so from Europe since then. Today, more than 40 million people living in the US are foreign-born, and together with their children comprise about 25 percent of the nation’s population. Many have come by way of family connection, some by choice, others displaced by imperial projects and the conflicts that so often result.

As we continue to debate the pathway toward a more just and equitable society, how open or closed our policy is to migrants raises moral questions that can and should make us pause. Given the projection that Generation Z will grow up to see the day when those defined by whiteness become a minority, reckoning with our past allows us to choose a future where difficult questions lead to difficult, yet honest, answers—where this demographic shift signals not problem, but possibility.

Perhaps, in ourselves, we see the migrant story of our ancestors, from both outside and within such imagined borders. We can ask ourselves what difference there is between us and those on the other side, shut out, caged, or in the shadows. If we truly ask, and truly listen, we may find the answer.

Facing History and Ourselves invites educators to use our resource collection, Teaching Current Events: Global Immigration in the classroom.