Home > Our Blogs > Facing Today > Remembering Nanjing Reminds Us Why "Us" vs. "Them" is Dangerous 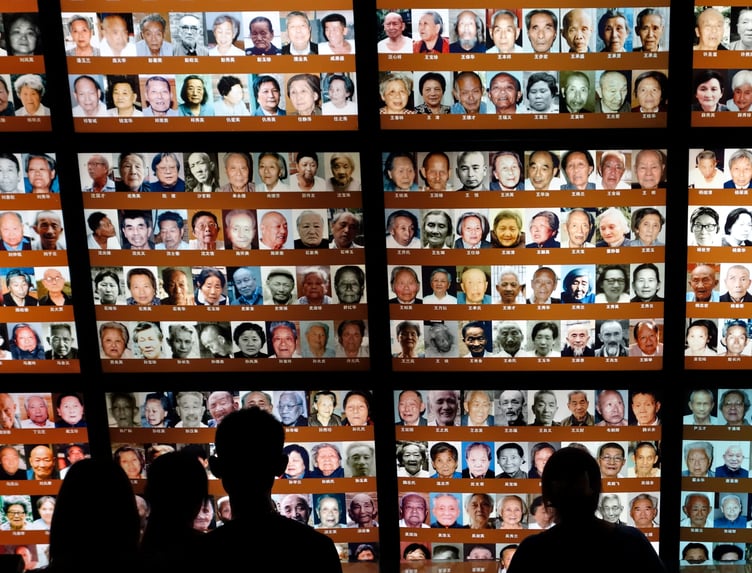 Six years ago, while researching the history of the atrocities at Facing History and Ourselves as an intern, I noted the tension between these extraordinary acts of violence and how utterly ordinary the perpetrators were. The soldiers were common Japanese citizens from all walks of life. They were students and teachers, salarymen, and factory workers. These men weren’t particularly outstanding in their hunger for violence or their xenophobic beliefs. Some, of course, enthusiastically joined the war effort, offering their bodies to serve the Emperor. Many, however, were far less eager, expressing their reservations about the war effort in their diaries. Some were family men—sons, brothers, husbands, and fathers. And yet, they murdered approximately 300,000 people, raped countless women (some as young as seven years old), and forced many more into sexual slavery. The invasion of the city provoked a refugee crisis throughout China with thousands of displaced people. How could these supposedly ordinary Japanese soldiers murder and rape without remorse? What’s more, how could they document these atrocities in the dull, sanitized, matter-of-fact language reserved for observing scientific phenomena unfold?

Scholars have posited numerous explanations. Yet, we understand that significant among them was an intersecting set of ideas. A vicious political propaganda predicated upon the systematic dehumanization of Chinese people as a foreign “other”—whose murder was both morally permissible and essential to guarantee Japanese self-preservation. As we have seen in other acts of collective violence, when victims are described as “cockroaches” and “pests,” reduced to non-human like caricatures, the empathy and respect one typically affords a fellow human being disappears. Killing a child during war would be dishonorable, but killing a “cockroach” that posits a threat to your own survival becomes an honorable act.

On the 79th anniversary of these atrocities, I inevitably think about the world today. I feel a mixture of anger and fear. Fear because I see a dangerous political discourse of dehumanization rearing its head again in the United States, in Europe, and in the Middle East. Anger because I hear politicians doubt and debate the suffering of Nanjing survivors in abstract, theoretical terms as if it was an academic exercise, but also their attempt to erase and whitewash it from the pages of history.

I hear politicians describe today's refugees as “locusts," “pests,” and "terrorists" who threaten national integrity, rather than describing them as who they are: our fellow human beings, survivors of war and violence who are desperately seeking shelter, food, and a new beginning. I see it when marginalized populations are portrayed in the most demeaning and dehumanizing terms. Mexicans as rapists, criminals, and job-stealers. African-Americans as thugs, criminals, and lazy welfare recipients. Muslims as terrorists. Asian-Americans as submissive and obedient who respect authority. LGBTQ community members as sexually deviant and morally reprehensible. And I fear it. Because when we have normalized such characterizations, when political campaigns and media coverage have embedded them deep into our minds, we start to take them as given. And from there, justifying discriminatory policies—like a Muslim registry, a nation-wide stop and frisk program, or a mass deportation force—becomes all the more permissible. We condemn and banish those who don’t look like “us,” and lose sight of what makes us human.

Let us mark the anniversary of the Nanjing Massacre by honoring the memories of the victims and taking a stand against the currents of racial discrimination, hate speech, and violence we see today. Let us re-dedicate ourselves to the principles and values articulated by a generation that saw war, hunger, and devastation brought on by ideologies of hate and exclusion. Let us recommit to the building of civil, democratic, and pluralistic societies. Let us go back to the classroom and teach the horrors of war so that "never again" can truly be "never again."

Want to broaden your teaching of World War II beyond its usual European focus? Register for our online workshop in April 2017 on the Nanjing Massacre to discuss universal questions relating to war crimes and human behavior.

Jackson Tse is a Yenching Scholar at Peking University. He previously attended Milton Academy and interned at Facing History and Ourselves, where he conducted research on the Nanjing Massacre.
At Facing History and Ourselves, we value conversation—in classrooms, in our professional development for educators, and online. When you comment on Facing Today, you're engaging with our worldwide community of learners, so please take care that your contributions are constructive, civil, and advance the conversation.