Posted by Kaitlin Smith on September 8, 2021 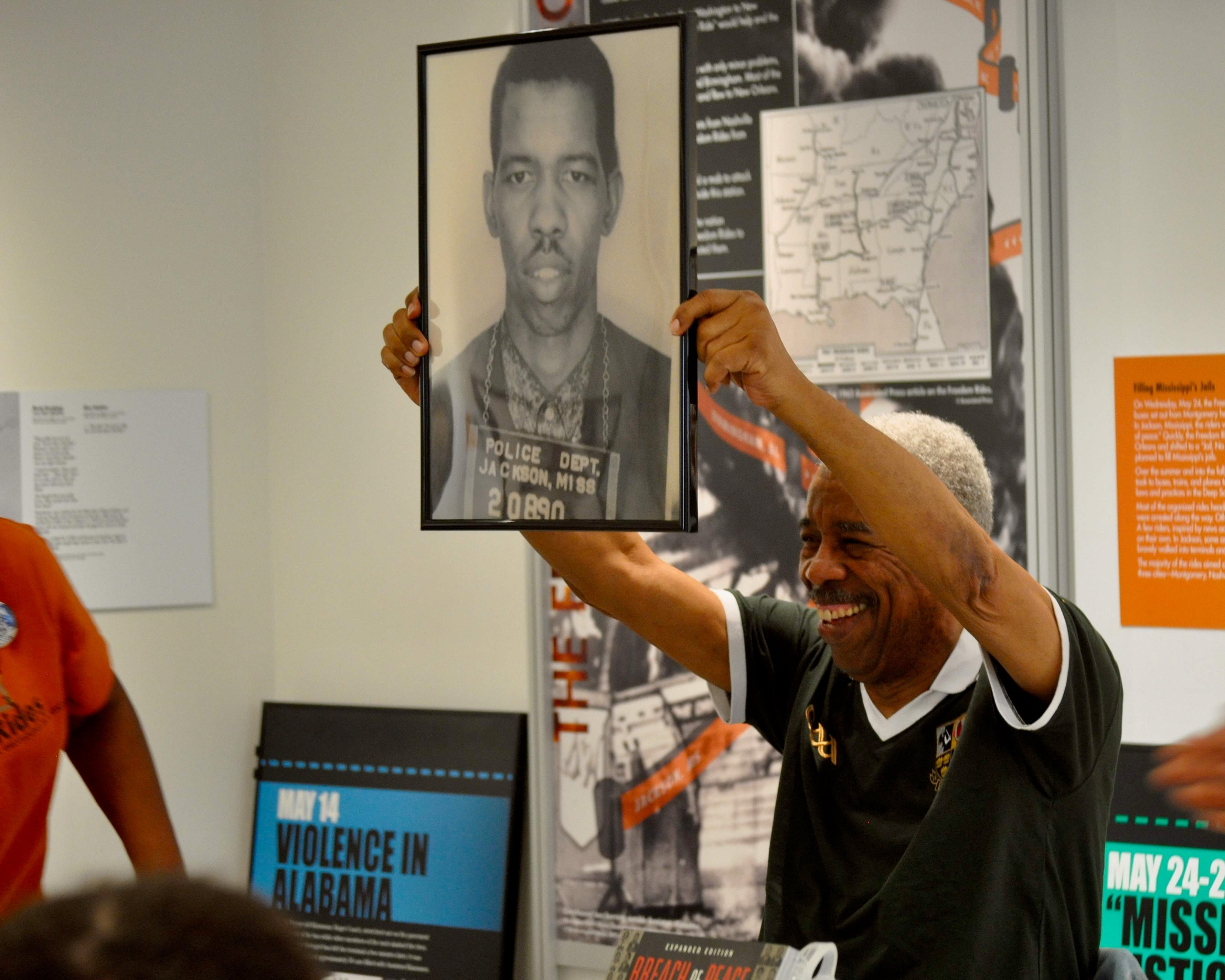 The Facing History community and the nation are mourning the loss of lifelong civil rights activist Ernest “Rip” Patton, Jr. Patton was a Freedom Rider—a participant in an activist campaign that began in 1947 when the Congress on Racial Equity and Fellowship of Reconciliation sought to test a Supreme Court decision that declared segregation on interstate buses unconstitutional. The campaign would be reignited in 1961 amid a wave of civic activity around racial justice, subjecting Patton—along with fellow Freedom Riders John Lewis, Diane Nash, and others—to a harrowing series of bombings and beatings by white mobs as they journeyed further and further south on an integrated bus. Patton and his fellows were ultimately arrested in Jackson, Mississippi and subsequently imprisoned in the Mississippi State Penitentiary. Patton is said to have comforted and supported the group while they were incarcerated by encouraging everyone to sing. Their brave acts, fueled always by a philosophy of nonviolent disobedience, would eventually earn them nationwide media attention and become a decisive factor that helped to eradicate bus segregation in the South. But Patton’s contributions did not stop there; he was also a father, a grandfather, a teacher, and a friend to so many, including our community here at Facing History.

“Rip,” as we knew him, was an indispensable part of our educational program in Memphis, Tennessee and within other Facing History programs held in the American South where he brought the Civil Rights Movement to life as a living witness to, and maker of, history. Rip also made powerful contributions to our international work in Northern Ireland centered around learning from the civil rights movements in both the U.S. and Northern Ireland. From classrooms to historical sites around the country and the world, Rip empowered people young and old to understand the power of personal courage, collective action, and the connections between historical resistance movements and the state of contemporary society.

One educator who attended Rip’s event in Northern Ireland remarked: “I thought the personal testimony was amazing. It really had an impact on me… Probably the best course I have attended in my teaching career.”

Most recently, Rip accompanied a group of Facing History staff on a trip to Montgomery, Alabama where he recounted stories from his lived experience as an agent of freedom and nonviolent disobedience. Drawing on his passion for the social power of song and his work as a professional jazz musician in adulthood, Rip engaged trip participants in singing songs from the Civil Rights Movement and told riveting stories from the time, bringing these pivotal historical moments to life and into a present landscape where the movement’s driving questions remain ever relevant.

Despite being expelled from Tennessee State University for participating in the Freedom Rides as a young man, the university would ultimately award Rip an honorary doctorate for his immense contributions to society in the face of considerable violence and obstacles. The spirit of participatory education and dedicated activism that Rip brought to our community, and to the nation at large, are extraordinary and we will miss him dearly.

In lieu of flowers, Rip’s family has asked that those who wish to acknowledge his life and legacy contribute to a scholarship fund that has been established in his name.

Pictured above: Ernest "Rip" Patton, Jr. holding a picture of himself during a visit to the Freedom Rides Museum in Montgomery, Alabama.