Teaching the History of Human Rights 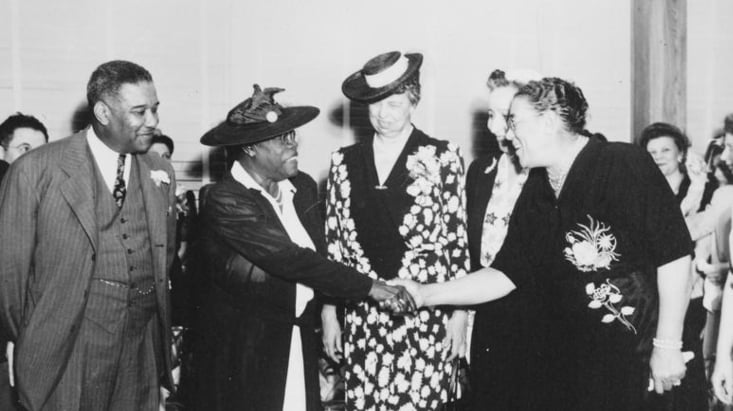 "Where, after all, do human rights begin? In small places close to home-so close and
so small that they cannot be seen on any map of the world." —Eleanor Roosevelt

December 10th marks the anniversary of the adoption of the Universal Declaration of Human Rights (UDHR) by the United Nations General Assembly. Developed through a collaboration between world leaders, the creation of this document would mark a significant milestone in the history of human rights—one in which a shared sense of possibility for greater justice and human dignity emerged for the first time. The document also offered a shared framework that has empowered people to challenge human rights abuses around the world. The visionary project at the heart of the UDHR—the vision of a world in which all people have what they need to lead lives of dignity—is ripe for revisiting, reflection, and engagement, particularly in this moment of ongoing violence and social upheaval across the globe. Yet it can be challenging for educators to navigate discussions about such violence in ways that make space for all of our students to engage critically with these events. Exploring the history of the UDHR and its continuing relevance today is one way to establish a shared language about human rights, a shared historical context, and a shared jumping off point for further exploration of human rights today.

Below are a number of resources that educators can use to bring the history and contemporary relevance of the UDHR into classrooms:

The UDHR is celebrated as one of the milestones in the history of human rights. The resources in this collection explore the context in which the document was drafted, the history of the declaration itself—including the debates and the dilemmas faced by Eleanor Roosevelt and others on the committee that produced the UDHR, and a consideration of the legacies and lasting impact of the declaration. This resource outlines key concepts, including the Universe of Obligation, presents a timeline outlining the process through which the UDHR was adopted, and includes multimedia resources such as this video. This collection also supports the Facing History and Ourselves resource book Fundamental Freedoms.

Facing History and Ourselves invites educators to use our unit, Universal Declaration of Human Rights, in the physical or virtual classroom.

Pictured above: Mary McLeod Bethune, Eleanor Roosevelt, and others at the opening of Midway Hall, one of two residence halls built by the Public Buildings Administration of Federal Works Agency (FWA) for Negro government girls, May 1943. Credit: Federal Works Agency.