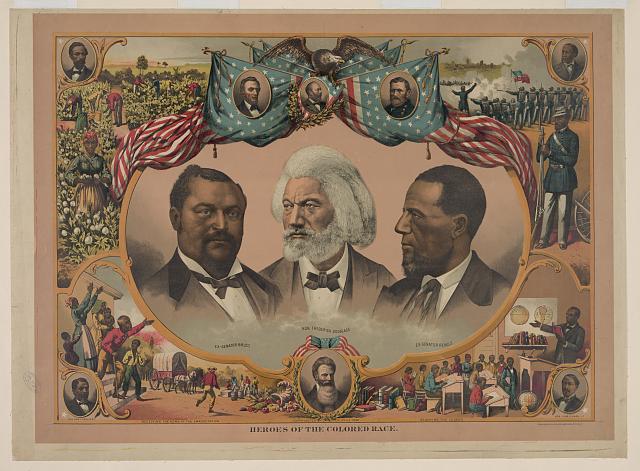 The details are in the roots of US history, particularly the Reconstruction era. As Harvard historian Tim McCarthy highlighted, “There’s a strange irony in Barack Obama’s presidency in that this person who is clearly an inheritor of this long history of black freedom dating back to the Reconstruction period has himself been constrained and unfree because of the racism that still exists in 21st century America.” His presidency experienced multiple constraints in addressing racial tensions on issues such as mass incarceration, police brutality, and a rise in white supremacy. As the New York Times put it, “The fear inside the West Wing was that promoting a 'black agenda' and aiming programs directly at African-Americans at a time of widespread economic anxiety would provoke a white backlash.”

To understand this dynamic, we need to see how Barack Obama's legacy as the first black president of the United States was shaped in part by the politics, race relations, and legacy of the Reconstruction era. We need to pay attention to the lessons this history holds about the dangers of “us vs. them” thinking and a vision that seeks to unify by excluding those who are seen as the “other.”

The first attempts to create a genuinely interracial democracy were made in the aftermath of the Civil War. This era, from 1865-1877, is responsible for the modern American government we know today, in particular the 14th Amendment. Yet the successes of the era were brief and suppressed by a powerful combination of political backlash and terrorism. As African Americans made gains in political power—from citizenship rights to voting rights—violent campaigns aimed to take them away. The Ku Klux Klan and other lesser-known groups, such as the White Leagues and the Redshirts, worked to end significant attempts to build black political power through violence and intimidation.

The end of Reconstruction culminated with the contentious presidential election of 1876 and a fractured, divided society seeking compromise to achieve national unity and a peaceful transition of power. The terrible truth is that the compromise came at the price of the civil and human rights of black Americans in the South. White dominance was restored in the former Confederate states; the federal government, which had safeguarded rights granted by the 13th, 14th, and 15th Amendments, withdrew; and racism was enshrined as the law of the land, eventually growing into the system we know as Jim Crow. Even now, 150 years later, the legacies of this era are very much alive and hold crucial lessons for us today. The efforts to thwart African American progress combined with reverting back to racist policies and laws, belies the myth of contemporary progress towards equality.

The relevancy of this history is hard to ignore, especially in the context of Obama’s presidency. The idea that we achieved a post-racial society with the first black president was a heavy weight for any one person to hold. The challenges and constraints that came with this notion are a reminder that there is a long road ahead to resolve our racial tensions. However, if we can understand the path that unfolded from the days of Reconstruction, we can more clearly see the path in front of us. We can come to recognize the way to achieve this is not through one person alone, but through a collective reckoning. As a nation we must face our past—and present—racial tensions before we can create an inclusive future for everyone.

Eight days before the inauguration of his successor, President Obama established a monument to the Reconstruction era in the heart of the former Confederacy. So while one legacy of the Obama Presidency is additional proof of the failure to live up to our country’s ideals, another will be a tangible reminder of the task ahead of us and the way forward.

Jeremy Nesoff is the Associate Program Director for Facing History's Leadership Academy. Jeremy started his teaching career in a New York City public school, where he participated in his first Facing History seminar. As the grandson of two Holocaust survivors and a believer in the transformative power of education, Facing History resonated deeply. Jeremy was a Facing History teacher and administrator for 10 years and completed training to be a principal. He also has 3 children who are all enrolled in Boston Public Schools and will be taking Facing History courses in their near future.
At Facing History and Ourselves, we value conversation—in classrooms, in our professional development for educators, and online. When you comment on Facing Today, you're engaging with our worldwide community of learners, so please take care that your contributions are constructive, civil, and advance the conversation.