Home > Our Blogs > Facing Today > To Understand Immigration Today, Look At Your Own Family History 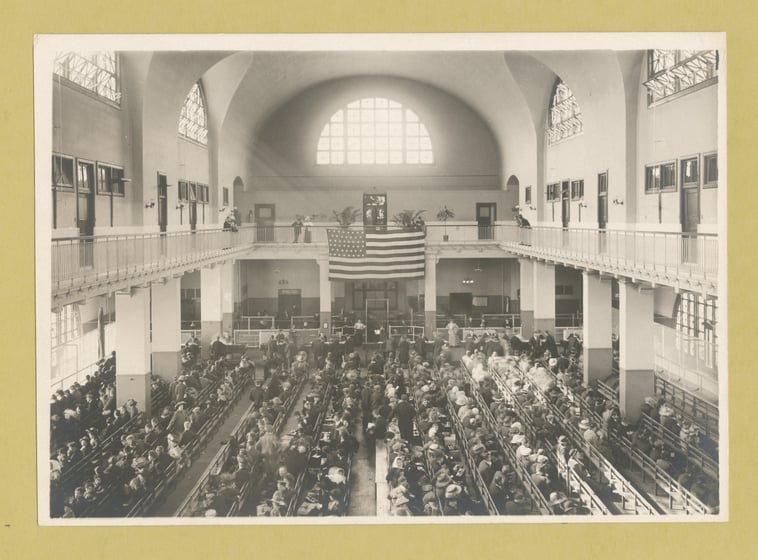 Immigration continues to be a divisive issue today around the world, triggering tense rhetoric about who belongs where. Because immigration has had such a formative influence on the history of the United States, we don't have to look hard to find similarities between our families' stories and the stories of those coming to America today.

Looking at My Own Family's Past

My ancestors emigrated from Alsace-Lorraine (a disputed territory between France and Germany) and Ireland within the second half of the 1800s. The reasons that likely motivated them are not much different than newcomers who are at the center of today’s debate. German and Irish Catholics were among the largest immigrant groups in the United States in the latter half of the 19th century. Irish immigrants fled famine, poverty, and lack of employment opportunity. Germans fled similar circumstances in addition to social and political unrest in the aftermath of wars. Today’s immigrants and refugees aren’t nameless, faceless hordes, but human beings seeking safety and prosperity just like my ancestors.

Though I don’t know much about my ancestors’ specific circumstances, there is one detail I’m certain of: they neither broke nor circumvented any immigration laws by entering the United States, because there were no such laws. It is not that German and Irish immigrants were universally welcomed to the United States; they were subject to plenty of anti-Irish and anti-Catholic sentiments. But there were no laws preventing them or anyone else from coming to the United States at the time.

The first significant immigration law was the 1882 Chinese Exclusion Act, which banned nearly all Chinese immigrants from entering the country. Laws further restricting immigration were enacted in the 1920s in response to the influx of Italians, Eastern Europeans, and Jews in the early 20th century. Soon they began enforcing strict quotas based on national origin, which lasted until President Johnson passed the Immigration and Naturalization Act.

A version of this post was originally published on March 23, 2017.