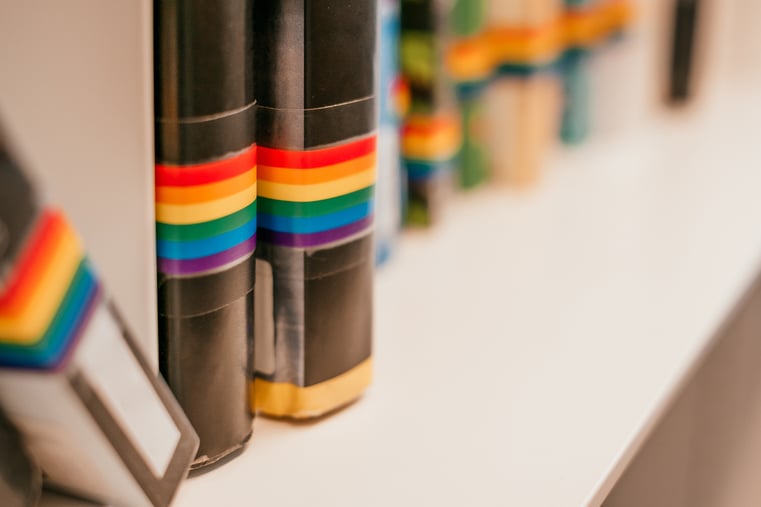 Pride Month each June is a fantastic time for educators to recommit to engaging with the histories and life experiences of LGBTQIA+ people all year. In addition to accessing rich curricular resources for the classroom, educators can also benefit from embracing their own arc of learning around these themes. Below are five new books that explore histories and experiences of LGBTQIA+ people, offering rich fodder for learning, reflection, and even teaching. These books address a host of themes including the unique life journeys of queer individuals with intersectional identities; the campaign to establish same-sex marriage and some of its broader consequences; and how schools can be reshaped as transformative spaces that support LGBTQIA+ youth. 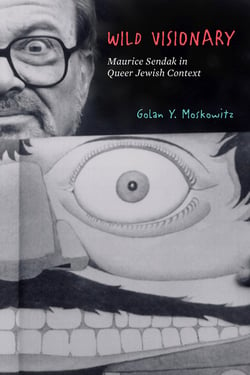 “Wild Visionary reconsiders Maurice Sendak's life and work in the context of his experience as a Jewish gay man. Maurice (Moishe) Bernard Sendak (1928–2012) was a fierce, romantic, and shockingly funny truth seeker who intervened in modern literature and culture. Raising the stakes of children's books, Sendak painted childhood with the dark realism and wild imagination of his own sensitive ‘inner child,’ drawing on the queer and Yiddish sensibilities that shaped his singular voice. Interweaving literary biography and cultural history, Golan Y. Moskowitz…analyzes Sendak's investment in the figure of the endangered child in symbolic relation to collective touchstones that impacted the artist's perspective—the Great Depression, the Holocaust, and the AIDS crisis.”
―Stanford University Press

Black Boy Out of Time: A Memoir
by Hari Ziyad 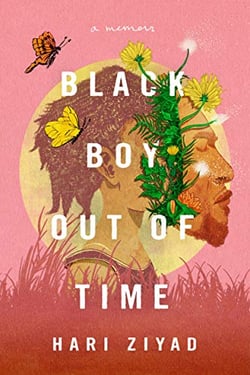 “One of nineteen children in a blended family, Hari Ziyad was raised by a Hindu Hare Kṛṣṇa mother and a Muslim father. Through reframing their own coming-of-age story, Ziyad takes readers on a powerful journey of growing up queer and Black in Cleveland, Ohio, and of navigating the equally complex path toward finding their true self in New York City. Exploring childhood, gender, race, and the trust that is built, broken, and repaired through generations, Ziyad investigates what it means to live beyond the limited narratives Black children are given and challenges the irreconcilable binaries that restrict them. Heartwarming and heart-wrenching, radical and reflective, Hari Ziyad’s vital memoir is for the outcast, the unheard, the unborn, and the dead. It offers us a new way to think about survival and the necessary disruption of social norms. It looks back in tenderness as well as justified rage, forces us to address where we are now, and, born out of hope, illuminates the possibilities for the future.” ― Little A 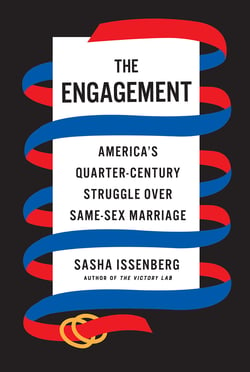 “On June 26, 2015, the U.S. Supreme Court ruled that state bans on gay marriage were unconstitutional, making same-sex unions legal across the United States. But the road to that momentous decision was much longer than many know. In this definitive account, Sasha Issenberg vividly guides us through same-sex marriage’s unexpected path from the unimaginable to the inevitable… Following a cast of characters that includes those who sought their own right to wed, those who fought to protect the traditional definition of marriage, and those who changed their minds about it, The Engagement is certain to become a seminal book on the modern culture wars.” ―Pantheon 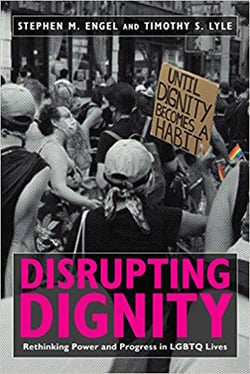 “In 2015, when the Supreme Court declared that gay and lesbian couples were entitled to the ‘equal dignity’ of marriage recognition, the concept of dignity became a cornerstone for gay rights victories. In Disrupting Dignity, Stephen M. Engel and Timothy S. Lyle explore the darker side of dignity, tracing its invocation across public health politics, popular culture, and law from the early years of the HIV/AIDS crisis to our current moment. With a compassionate eye, Engel and Lyle detail how politicians, policymakers, media leaders, and even some within LGBTQ+ communities have used the concept of dignity to shame and disempower members of those communities. They convincingly show how dignity―and the subsequent chase to be defined by its terms―became a tool of the state and the marketplace thereby limiting its more radical potential… To restore a lost past and point to a more inclusive future, they assert the worthiness of queer lives beyond dignity’s limits.” ―NYU Press 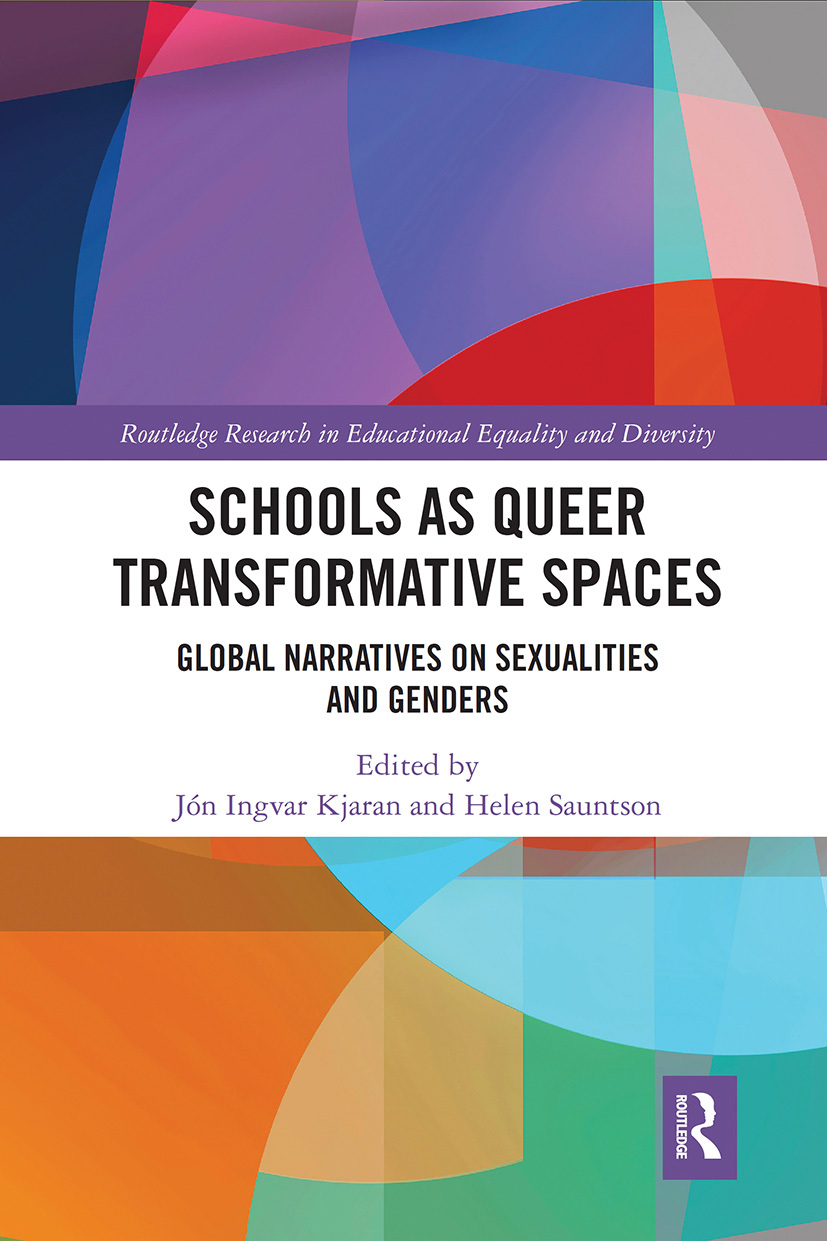 “This book explores the narratives and experiences of LGBTQ+ and gender non-conforming students around the world. Much previous research has focused on homophobic/transphobic bullying and the negative consequences of expressing non-heterosexual and non-gender-conforming identities in school environments. To date, less attention has been paid to what may help LGBTQ+ students to experience school more positively, and relatively little has been done to compare research across the global contexts. This book addresses these research gaps by bringing together ongoing research from countries including Brazil, China, South Africa, the UK and many more…” ―Routledge

Facing History and Ourselves invites educators to use our lesson LGBTQ History and Why it Matters in the classroom.