Each year, Facing History and Ourselves and Knights and Daughters of Vartan host an annual Armenian Genocide Commemoration Essay Contest. In 2014, the contest asked high school and college students across the United States to respond to the question, “On the threshold of the 100th anniversary, how should the world recognize the Armenian Genocide?” This essay, from Facing History student Elizabeth Ray, took second place. It was reprinted with Elizabeth's permission.

For nearly 100 years, people with Armenian heritage have gone to sleep at night without knowing that the pain they have overcome and the struggle that they continue to endure has been validated.

For nearly 100 years, Armenians have faced constant obstacles to educate their children in a way that incorporates the culture and religion they practice each day.

And, for nearly 100 years, the world has neglected to recognize the Armenian Genocide as anything more than a bloody and destructive civil war. 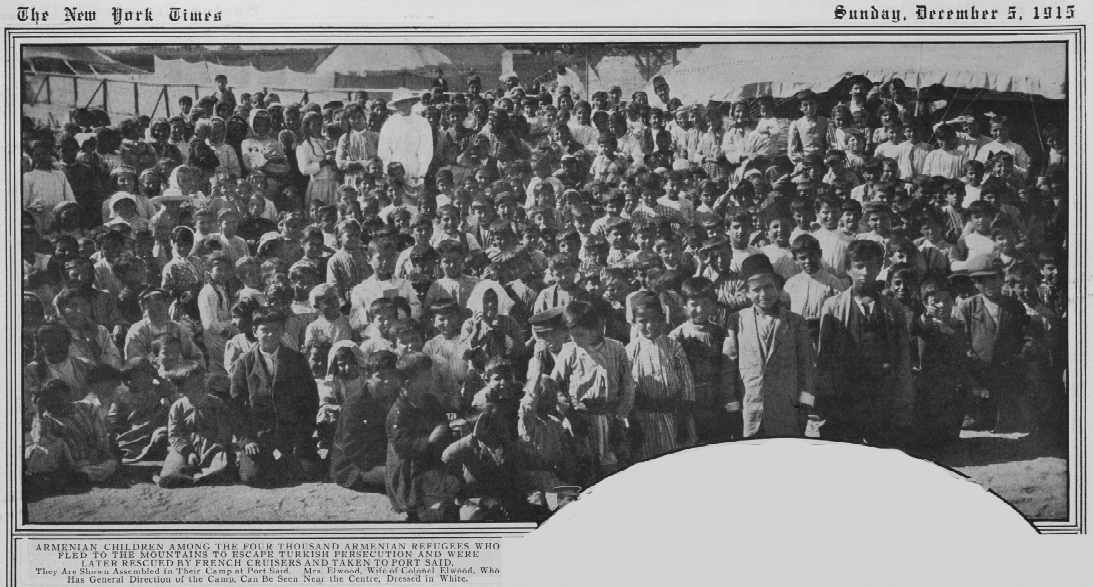 As a high school student, the ways to help the cause of establishing the Armenian Genocide as a legitimate, albeit tragic, part of history seem limited. However, the solution for solving a problem that has endured a century of coverups and excuses requires a series of small but significant steps to be dramatically improved.

As the 100th anniversary of the Armenian Genocide nears, the world should recognize those whose lives were torn apart by the cruelty that took place by incorporating an expansive education of the genocide into the curriculum in schools everywhere.

"Knowledge is power" is a common cliché that most people hear on a regular basis. Rarely do we analyze the importance of the colloquialism. Rarely do most people consider what a privilege it is to attend school. More than that, the simple advantage of learning about our history while sitting among people who are like us in many ways from culturally to socially, is often overlooked. Knowing the good and bad parts of history allows us to make more educated decisions in the future. Another benefit of learning the history of the world is so that a generation can learn about the reparations that are made when a nation makes decisions that are vastly damaging to a culture or community.

The destruction that occurred during the Armenian Genocide is something that can never be completely healed, and ignoring the event in its entirety is causing more damage to a culture that has already been repeatedly broken. Acknowledging the genocide through our greatest tool as a society, education, would be the first step in repairing what has been broken for the Armenians everywhere. Allowing Armenians to more easily educate their youth about the religious and cultural customs that Armenians practice gives them the encouragement they so deserve to persevere as a whole and continue living their lives based on their foundation of beliefs.

Educating the youth, no matter their religious or cultural affiliation, about the Armenian Genocide is the very least we could do as a nation to help repair a culture that has been beaten down and ignored for nearly a century.

Go Deeper. Download the Crimes Against Humanity and Civilization: The Genocide of the Armenians resource book.

Elizabeth Ray is a student at the University of Memphis and is a '14 graduate of St. Agnes Academy in Memphis, where she took the semester-long Facing History and Ourselves elective. She plans to major in psychology, and is considering a minor in journalism. "My Facing History experience was meaningful to me because of the application of everything we learned to current events and issues," she says. "So often we consider history irrelevant, but Facing History has allowed me to see the importance of learning the past so that we can apply what we know to situations that affect our society today."
At Facing History and Ourselves, we value conversation—in classrooms, in our professional development for educators, and online. When you comment on Facing Today, you're engaging with our worldwide community of learners, so please take care that your contributions are constructive, civil, and advance the conversation.