Home > Our Blogs > Facing Today > Can Great Teaching be Taught?

Can Great Teaching be Taught?

Posted by Stacy Abramson on September 4, 2014

We've all had great teachers – teachers who have opened our eyes, changed the way we see the world, how we see each other, and how we see ourselves. What makes a great teacher? And what role can each of us play in ensuring that every young person has a great teacher in their lives? We checked in with Elizabeth Green, author and cofounder of educational website Chalkbeat, whose recent book Building a Better Teacher: How Teaching Works (and How to Teach It to Everyone), explores not only the art of teaching, but the science behind that art. Through their stories and experiences, Green shows us what happens in the classrooms of great teachers and demonstrates the extraordinary complexities of teaching. 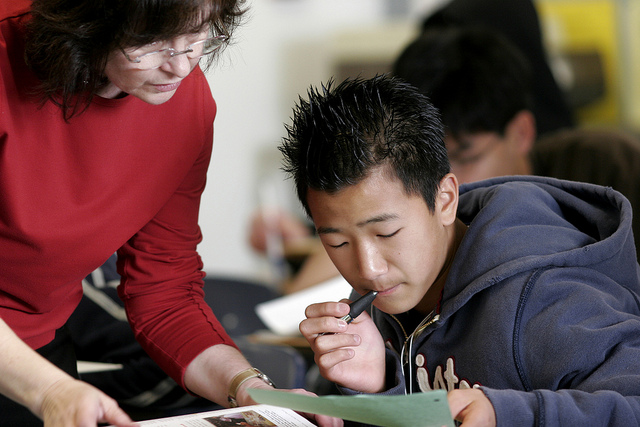 Open the door and walk in. Remain standing. Or maybe you should sit?

This crowded rectangular room is yours. It has 26 chairs with attached desks, and a rowdy 5th grader to fill each seat. Your job is to make sure that, an hour from now, the students have grasped the concept of "rate": If a car is going 55 miles per hour, how far will it have traveled after an hour, two hours, 30 minutes, 15?

The lesson hums along, everything going relatively smoothly when, just as you ask the final question—about how far the car will go after 15 minutes—up pops the last hand you expect, from a boy named Richard. You know that the other volunteers can probably produce a solid answer. But Richard is something of a mystery. Earlier in the year he informed you that math is his "worse subject." Now he's volunteering to answer the most difficult question of the day—and you have no idea what he'll say. What do you do?

Luckily, the person facing this question is not actually you. It's Magdalene Lampert, then a Michigan teacher whose techniques have been used to train educators across the U.S., and who inspired a PBS show, Square One TV, aimed at teaching young kids math. When she called on Richard, he made the mistake she feared he would—answering, nonsensically, that the car would travel 18 miles in 15 minutes—but she was able to turn a lapse into an opportunity. Instead of immediately declaring the answer incorrect, she pivoted, asking if anyone agreed. The redirection granted Richard time to reconsider. And indeed, after a pause, he broke the silence with a change of heart.

Alas, Richard's new answer was also incorrect, 13.5 instead of 13.75. But Lampert handled that slip masterfully, too. Calmly ignoring the students clamoring to tell Richard that he was wrong, she instead asked Richard why he changed his mind. He knew 18 couldn't be right, he explained, because doubling it doesn't get 27, the approximate distance they agreed a car would go if it traveled for a half hour. He noticed, in other words, that traveling double the distance but at the same rate should take twice as much time—a sophisticated observation. Turning the class's attention to Richard’s "aha moment," Lampert transformed what could have been a demoralizing episode for a child into a chance for all 26 students to learn something deeper about math. And she did it all in less than 15 minutes.

What makes for great and nimble teachers like Magdalene Lampert? The Hollywood view is that they're born that way: Like ­Michelle Pfeiffer's ex-Marine in Dangerous Minds and Edward James Olmos's Jaime ­Escalante in Stand and Deliver, brilliant ­teachers transform their students through brute charisma. Bad teachers, conversely, are portrayed as ­either deliberately terrible (as with the Sue Sylvester character on Glee) or incapable of being anything else (Ben Stein's nasal droner in Ferris Bueller's Day Off). We want to believe there are natural-born teachers, and that if we can identify their common personality traits, we can build a better school system. It is the bedrock idea behind our prescription for improving education. We need to grant the great ones the freedom to channel their inner ­genius, and fire the laggards.

The natural-born teacher, though, has proven to be a myth. Those studies looking for the personality traits of great teachers? They don’t pan out. Researchers have found that the most effective teachers can be extroverts—or they can just as easily be introverts. Some are humorous, but others are serious. Some are as flexible as rubber; others are as rigid as a ruler. It’s not personality that makes a teacher great, but a specialized body of knowledge that must be learned—and that often goes against what comes naturally. 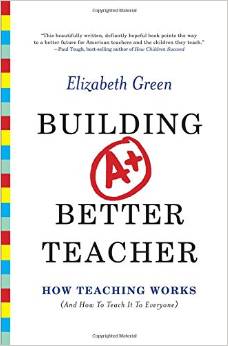 Facing History in New York is pleased to welcome author Elizabeth Green, cofounder and CEO of Chalkbeat, to our offices on Thursday, September 18, as part of our Great Talks series. Find more information and register here.

What do you think makes a great teacher? Comment below!

Stacy Abramson is Facing History's Director of New York Operations & Strategic Partnerships, where she works on projects that provide a platform for student voice and expand the ways in which we tell and understand our personal stories.
At Facing History and Ourselves, we value conversation—in classrooms, in our professional development for educators, and online. When you comment on Facing Today, you're engaging with our worldwide community of learners, so please take care that your contributions are constructive, civil, and advance the conversation.