Home > Our Blogs > Facing Today > Engaging Students in a Study of Identity: A Flipped Classroom Exercise

Engaging Students in a Study of Identity: A Flipped Classroom Exercise 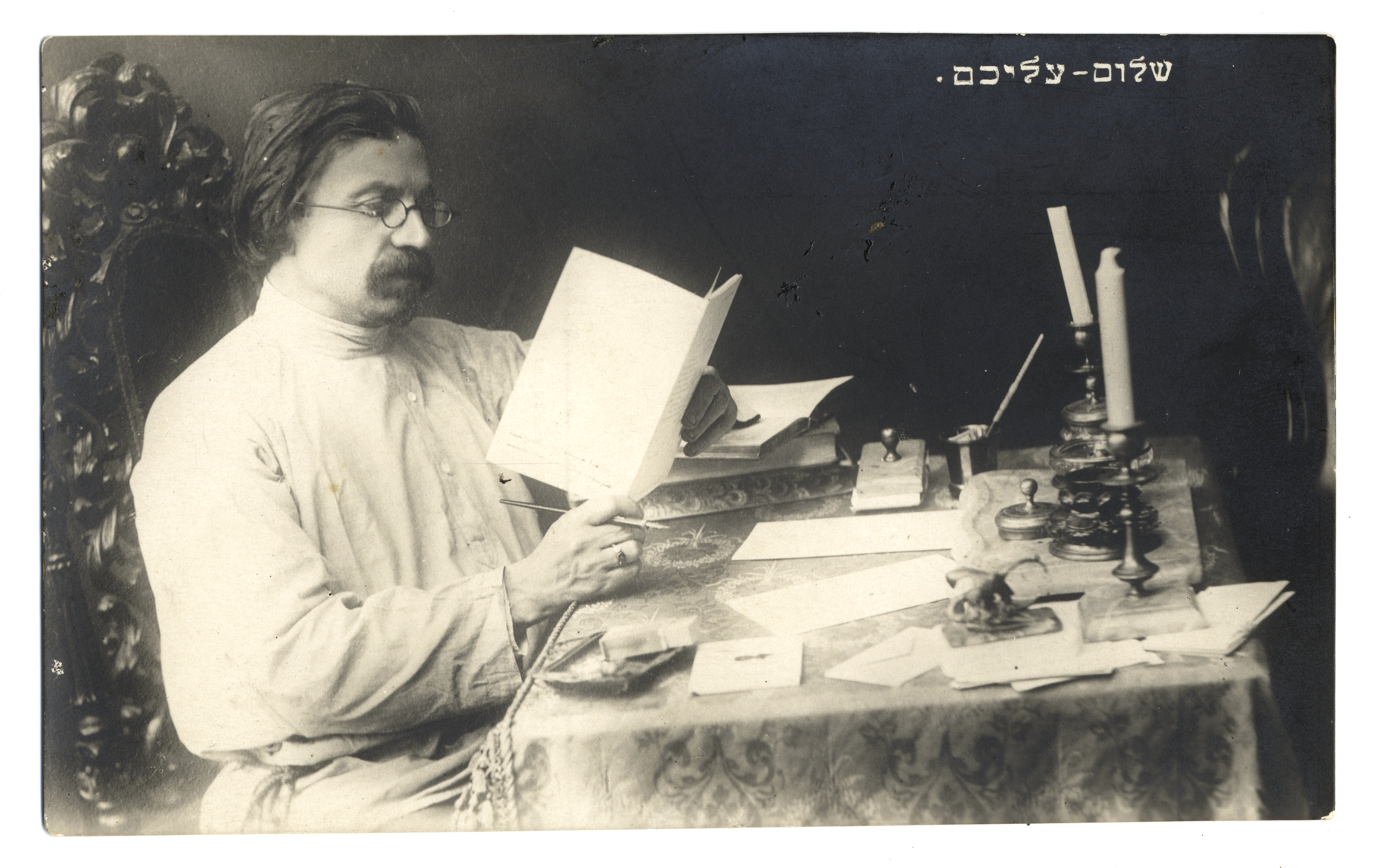 At Facing History, we begin each journey of investigation with a study of identity, focusing on how both individual and national identities are formed, as well as how these identities influence behavior and decision-making. This month we are excited to launch a new online resource that grapples with issues of both personal and community identity. Sholem Aleichem and the Challenges of Modernity looks at the life and times of Sholem Aleichem, a Jewish writer and humorist who lived from 1859–1916 whose writing is noted for portraying eastern European Jewish life with both humor and compassion. (His name may or may not be familiar, but you probably know his work - his short stories about Tevye the Dairyman were the inspiration for the musical Fiddler on the Roof!)

Sholem Aleichem writes about people who describe being “stuck in the middle” between tradition and modernity is one that may resonate with young people today, who oftentimes feel the tug between their own values, the values of their families, and the values of their different communities. In this sense, Sholem Aleichem’s characters and their struggles are profoundly universal. Bring these stories and questions about identity to your students with a flipped classroom exercise featuring one of the clips from the resource in which we look at one of Sholem Aleichem's short stories about a community in the midst of an identity crisis.

A) In Class: Identity Chart Activity

As an introductory activity, you may choose to use the Identity Chart strategy.

1. Have students construct an identity chart for themselves in the present.

2. Next ask students to construct an identity chart for themselves two or three years ago.

3. Have students discuss the following questions:

5. Give students a moment to think about the item, and the ways in which identity can be altered simply by changing a piece of clothing, before discussing their selection and ideas with a partner. You might have each student present his or her item to the class.

1. As homework, ask students to watch the clip "Sholem Aleichem: Identity in a Changing World” from the film Sholem Aleichem: Laughing in the Darkness. The clip focuses on Aleichem’s story "On Account of a Hat."

2. After watching the clip, have students respond to the following journal prompt:

In the clip, Dan Miron says that Sholem Aleichem was exploring one question: “How to be Jews in a modern world—how to adapt to modernity and yet not lose the continuity of a civilization that was Jewish?” Sholem Aleichem, like many of his generation, wrestled with these questions:

Sholem Aleichem’s story “On Account of a Hat” addresses the tension of constructing an identity for oneself that is unique and modern, but also acknowledges and is respectful of one’s ancestry. Before reading the story, students might want to review background information on Aleichem. The following T-Chart or graphic organizer exercise may help students better understand the text and structure their thoughts about the story.

The narrator of the story says that this is a “true story.”

The narrator says, “We were better off without the train.”

It is important to note that Sholem Aleichem is known for his use of irony and his humorous engagement with the audience. You may wish to have students note any contradictions they see on the right side of the chart and keep in mind the tone that Aleichem uses.

Come back together as a class. Discuss what the story suggests about the relationship between an individual and the context of his or her experience. You may want to pose the following questions in a class discussion or have students respond to them in their journals or as writing prompts:

You may choose to do a Barometer exercise to help students explore the question of whether or not identity can be fixed, or static, in our ever-changing world.

Moving from this particular story to universal questions about issues of identity and an age of globalization, consider repeating this exercise using the following prompt: “Living in diverse communities makes it more important for people to hold on to their families identity and traditions.” To explore the other side of the question, you might have students respond to this statement: "Living in a diverse community requires people to give up their family identity and traditions.”

Check out our guide to the film, "Sholem Aleichem: Laughing in the Darkness" and try the exercises above with your classroom.

K.C. Kourtz is the Associate Director of Online Learning at Facing History and Ourselves. She loves working with educators, strong coffee, and hanging out with her toddler, and her Boston Terrier.
At Facing History and Ourselves, we value conversation—in classrooms, in our professional development for educators, and online. When you comment on Facing Today, you're engaging with our worldwide community of learners, so please take care that your contributions are constructive, civil, and advance the conversation.