Expanding the Network: Reconnecting with Mentors Via Social Media

Social networks today are our photo albums and address books, our cocktail parties and newspapers. Recently, one of my social networks took on a new function: a virtual classroom.

I knew even before handing in my last paper of junior year that my high school United States history teacher was going to be one of those life-changing ones. Energetic and enthusiastic, he challenged his students and brought out the best in us. Once, during a lesson on westward expansion in the United States, he literally dropped to the floor to get our attention as he taught about the spread of smallpox to the Native American population.

Part of what made José so impactful as an educator was his commitment to getting students out of the classroom to learn. In addition to teaching me about the world in class, he helped me pave roads out into that world. As a junior, he encouraged me to apply to a summer study abroad program in Italy – it would be the longest amount of time I had ever spent away from home, I didn't speak a word of Italian beyond spaghetti, and I was terrified. And he didn't stop there.

“Get out there,” he said as he sent another application my way, this time to a semester-away program in New York City that would take place during my second-to-last semester of high school. This was a man who made learning happen. He pushed his students beyond what we thought of as our own limits, and, in doing so, expanded our viewpoints, our understanding of the world around us, and those in our universe of obligation. 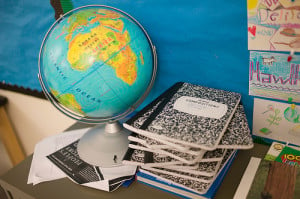 After graduating from high school, José remained important in my memory, but – as is so often the case with educators – his time as my mentor was up. He was on to a new set of students; I was on to new teachers, courses, and campuses. I remember thinking at the time that it was too bad that there seems to be an unnatural end for the length of time we get teachers as mentors. Their lessons remain in our minds, but as we leave school, most of the time we no longer continue that mentor relationship. Recently, though, I've seen this begin to change. Educators – along with the rest of us – are still figuring out how to best use media and social networks like Twitter, Facebook, or LinkedIn. How private should we be? Should we connect with colleagues or friends we haven’t spoken to in years? What is social media’s role in our day-to-day life? But as we begin to figure out with what it is we’re comfortable, some educators are beginning to use social networks to extend their reach out of the classroom – and beyond the confines of high school, college, or middle school.

A few years ago, a Facebook request from José landed in my inbox. I was two years into my life after college, and it had been probably a good six years since I’d last seen or talked with José – likely at my high school graduation. “José!” I wrote in a Facebook message back to him, “What’s up?? This just made my day!” I told him about studying history in college and my life after graduation – how I got a job as a college admission officer before landing a gig as a reporter for an award-winning newspaper on Martha’s Vineyard. “I am loving it. I’m getting all into Vineyard history and spend tons of time in the archives, which I 100% chalk up to your history reenactments in class,” I wrote. He wrote back a few days later. “Julie,” he said. “You make me so proud.”

Every couple of years, José and I exchange messages on Facebook, catching up on work and life. It’s nice, but what’s better is being able to have his thoughts on current events, the articles he finds interesting, and the music he likes in my Facebook news feed. Though they might seem like routine posts to his friends and family, to a former student, the posts allow me to continue learning from his perspective, worldview, teaching strategies. They become mini-lessons that, although they arrive now in a social media news feed rather than in a classroom, continue to influence my understanding of the world around me.

A few months ago, I heard from José again. It had been almost two years since we last exchanged updates. I opened the message and was shocked to find the letter of recommendation José wrote for me when I was applying to college over a decade ago. Reading it, I was reminded of who I was as a student in his class –hardworking, tirelessly curious, ready to soak up the world. As an adult juggling work, life, bills, friends, family, reading, eating, sleeping, exercising, and more, it’s easy to forget those young people we once were – those versions of ourselves that got us started on the paths we now tread every day. Reading that was a reminder of where I started and of what I'm capable. It was a reminder from a mentor who, at another time, might have been relegated to memory, but who today, thanks to social networks that can connect and inform us, is just a click away.