We have all seen, heard, and even felt a heightened sense of division in many communities around the world. Elections in 2016 and 2017—in England, the United States, France and Germany—have both revealed and exacerbated deep tensions in these societies. Never before has it been more important to truly understand the fundamentals of democracy. That’s why Facing History and Ourselves is launching a new campaign inviting educators, students, and community members to ask, "What makes democracy work?"

Over the next eight weeks, we’ll be exploring this question with the help of historians, legal and political scholars, and voices from literature and history—and, we hope, with you. Look for weekly blog posts and teaching resources on our new page, Democracy and Us, and join us on social media with the hashtag #DemocracyAndUs to share your ideas, stories, and classroom experiences. This week, we consider why it's important to ask fundamental questions about democracy in our societies today. 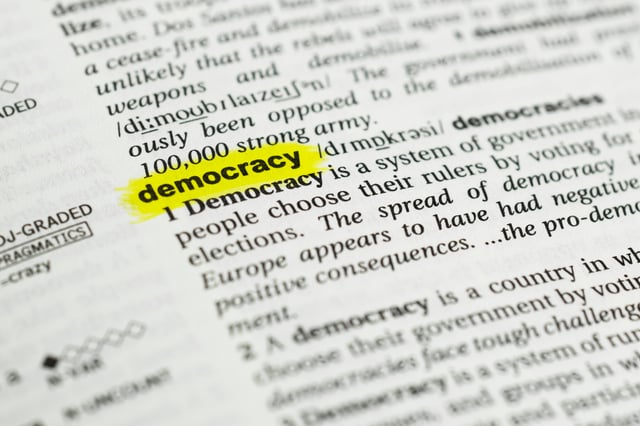 “Democracy is becoming rather than being. It can easily be lost, but never is fully won. Its essence is eternal struggle." —Justice William Henry Hastie

At Facing History and Ourselves, we often turn to Justice Hastie’s words to help students probe the implications of the history and literature they study, from the legacies of the Holocaust in Europe to the Reconstruction era and the Civil Rights Movement in the United States. The challenging histories we teach show us how easily democracy can be lost.

Justice William Hastie’s own life was devoted to helping the United States live up to its best ideals, and like democracy itself, his career as a lawyer and civil rights activist traced an arc of striving and fitful progress. During World War II, Hastie resigned from his job in the Department of War to protest segregation in the military, and he later became the first African American to serve on the U.S. Court of Appeals. And Hastie’s life, from 1904-1976, spanned an era of struggle for greater democracy within the United States and around the globe.

Today, Hastie’s idea of democracy as a perennially unfinished process offers us both caution and encouragement. USA Today recently reported that a non-partisan assessment of democratic values in 170 nations downgraded the United States to a “flawed democracy” based on low levels of trust in governments, leaders, and institutions—a trend that predates the recent presidential election and is present in other countries around the world. Using indicators in five key areas—“electoral process and pluralism, functioning of government, political participation, democratic political culture, and civil liberties”—the Democracy Index grades nations on a scale from 0 to 10, from authoritarian regimes, hybrid regimes, and flawed democracies to full democracies. In 2016, only 19 nations, with 4.5% of the world’s population, were judged to be full democracies.

With challenges to democracy around the world, this is a time to ask fundamental questions about the strength and fragility of democracy: What is the role of institutions, norms, individuals, and relationships in sustaining democracy? What does democracy look like in our lived experience—in nations, communities, and schools? What does investigating the nature of democracy tell us about our individual responsibilities—and opportunities—as citizens and members of a global community? These are just some of the questions we’ll be exploring on our page, Democracy and Us, over the next eight weeks.

One thing we already know for sure is that schools are pivotal to making democracy work. Schools are the root and heart of democratic societies, places where young people can come together across many lines of difference to learn and to question, to dialogue and negotiate, to experience community, and to practice the arts and habits of citizenship. A commitment to making democracy work can begin in the classroom.

This week we offer you a lesson plan that examines the nature and definition of democracy itself and sets the stage for delving deeper into these complex and essential questions through our campaign and within your curriculum. And we invite everyone to join the conversation on social media, where we’ll be discussing the question, “How do you define democracy?” Make sure to use the hashtag, #DemocracyAndUs!