Home > Our Blogs > Facing Today > Give Bigotry No Sanction

Give Bigotry No Sanction

The recent row over Bill Maher and Ben Affleck's heated discussion of Islam on HBO's Real Time with Bill Maher strikes me as an opportunity for a civic lesson–one rooted not in debating who is right or wrong, or who is bigoted or not, but one, that, in true Facing History and Ourselves fashion, is rooted in history. At Facing History, we have learned that history often provides a needed distance from which we can illuminate the present and inform more productive civic dialogue.

Slate described their argument this way:

It is in confrontations like this one that the hope for a civic conversation is lost. It is no wonder that many of us don't dare join conversations about religion's role in current events. Many of us fear we don't know enough, or worse, fear being labeled or reduced to a stereotype.

In situations like this, it might be time for a history lesson. Let me suggest a look at a conversation from over 200 years ago, one rife with the same tensions over religious differences and fears, but one that, in its very tone and approach, stands in stark contrast to the debate that took place between Maher and Affleck.

In the summer of 1790, Moses Seixas, the warden of the small Jewish congregation in Newport, Rhode Island, was among several speakers selected to offer greetings to George Washington, the first president of the United States. He was preceded by the town's mayor and then three members of the Christian clergy. 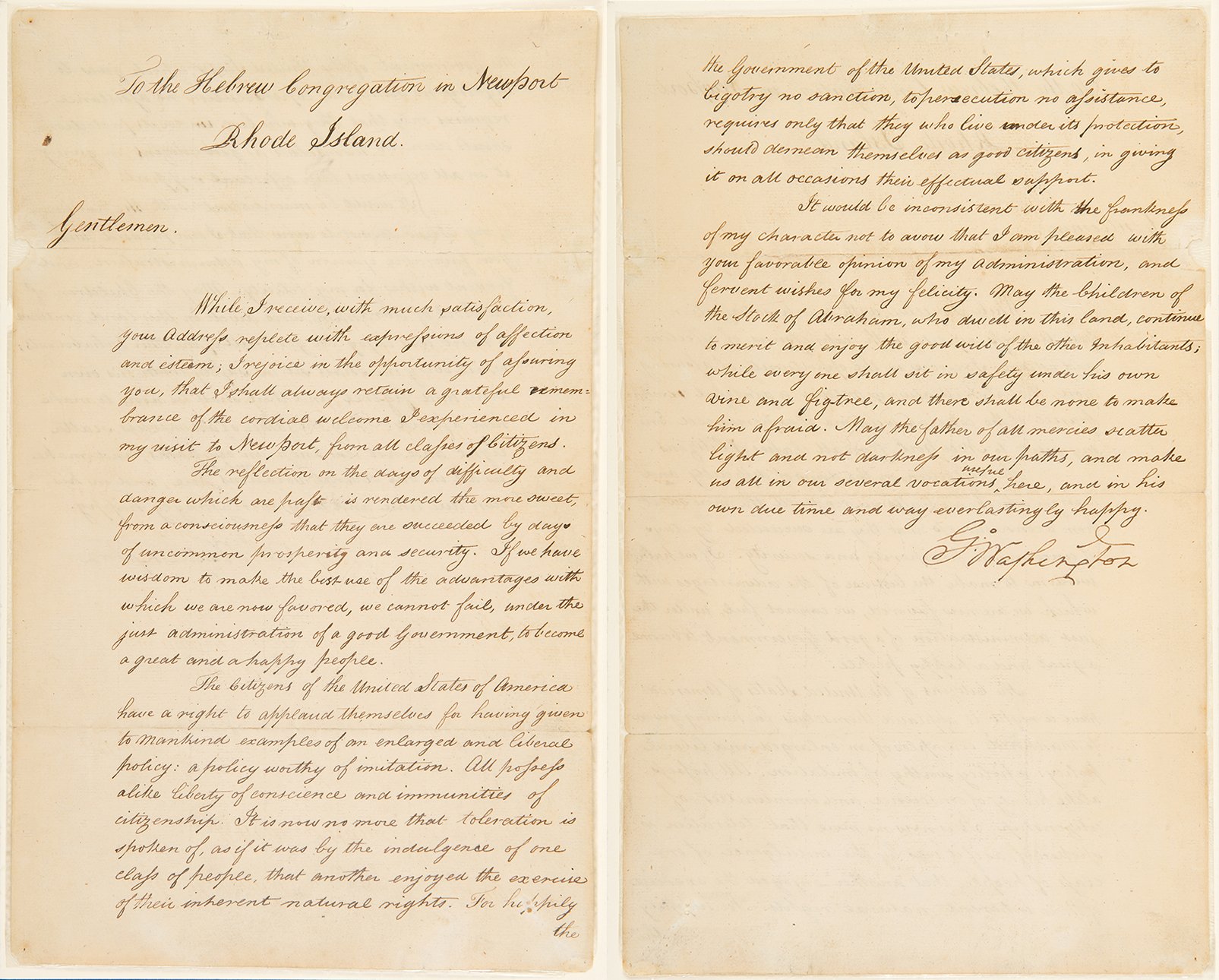 In the early days of the United States, religious minorities, both Christian and Jewish, had serious concerns: Would they be allowed to practice their religion? Would they be allowed to build houses of worship? Would they have the same political rights as members of mainstream Protestant sects? After all, it was within living memory that Quaker "heretics" were banished and even hanged in Massachusetts, and the states of Rhode Island and Connecticut were founded as refuges from Puritan orthodoxy. In 1790, even after the Constitution was the law of the land, many of America's states excluded Jews, Catholics, Quakers, and others from civic participation on the basis of religious differences. Even in Rhode Island, where Seixas was selected to address the President, Jews could not vote or hold public office.

In this context, Seixas read his message to Washington:

"Deprived as we heretofore have been of the invaluable rights of free Citizens, we now (with a deep sense of gratitude to the Almighty disposer of all events) behold a Government …which to bigotry gives no sanction, to persecution no assistance, generously affording to all Liberty of conscience, and immunities of Citizenship: deeming every one, of whatever Nation, tongue, or language equal parts of the great governmental Machine."

Washington's bold response, written just a few days later, is fascinating and worth a close read. Consider his comments, first about tolerance, and then about the obligations that come with it:

"The Citizens of the United States of America have a right to applaud themselves for having given to mankind examples of an enlarged and liberal policy: a policy worthy of imitation. All possess alike liberty of conscience and immunities of citizenship. It is now no more that toleration is spoken of, as if it was by the indulgence of one class of people, that another enjoyed the exercise of their inherent natural rights. For happily the Government of the United States, which gives to bigotry no sanction, to persecution no assistance requires only that they who live under its protection should demean themselves as good citizens, in giving it on all occasions their effectual support."

Washington's language is neither legal nor binding. Instead he offers a moral vision of inclusion and civic participation, one in which respect is balanced with responsibility.

As an educator, I believe that our conversations about religious pluralism today, whether between Maher and Affleck, or anyone else, would be both sharper and more civil if they were informed by history. At Facing History, we believe these types of conversations can begin in the classroom. Studying the foundations of religious tolerance, in this case during the early years of the United States, can inform global dialogue today.

Learn the background on the exchange of letters between George Washington and the Newport Jews.

Discover a series of lesson plans to help bring this vital conversation to the classroom.