Home > Our Blogs > Facing Today > How Do We Remember and Study Holocaust History?

How Do We Remember and Study Holocaust History?

This week, Daniel and Deb from our Facing History Program Tech team, along with several other Facing History staff and board members, are traveling in Poland as part of a learning trip. Over the course of nine days, they are exploring questions about history, memory, and legacy that are at the core of our work. With the help of Polish and Jewish scholars, witnesses to history, community activists, politicians and journalists, as well as organizations that have worked with Facing History throughout the past 25 years, they will be challenged to think in new ways as we confront the past and struggle with questions about the present and future. We wanted to share some of the photos Daniel and Deb (as well as others) are taking, and some of the questions that are guiding their thinking. 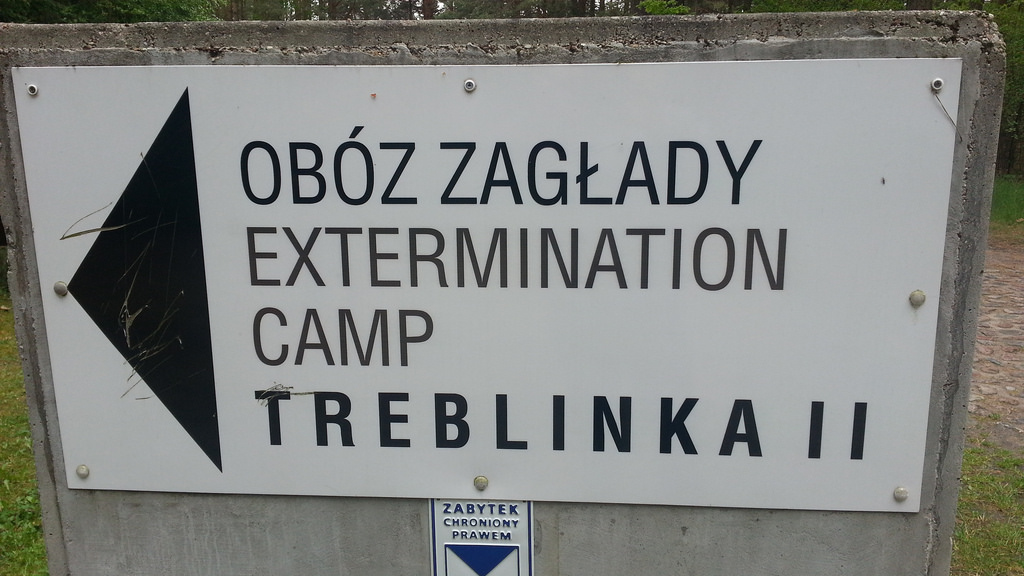 Treblinka was an “extermination” camp built by Nazi Germany in occupied Poland during World War II. The camp operated officially between July 23, 1942 and October 19, 1943 as part of Operation Reinhard, the most deadly phase of the Final Solution. During this time, more than 850,000 people, many of them Jews from Warsaw, as well as unknown numbers of Romani people, died in its gas chambers. The victims included men, women, and children.

"What is remarkable about the participants, and hosts, of this trip, is the wide range of perspectives assembled," Daniel wrote from Poland. "During her introduction to our group, Helise Lieberman, Educational Director for the Taube Center for the Renewal of Jewish Life in Poland Foundation, encouraged us to be like the Jewish concept of a tent – left open on all sides, as you never know from where people will come, nor where they will want to go. Her father once said, 'Ask questions. Discuss and deliberate and you will find yourself in a different place. We all have the same materials. How you look at it will depend on where you enter the discussion. Turn the questions around and find yourself in a different place.' This trip is about asking questions and pushing ourselves to reconsider our previously held beliefs." 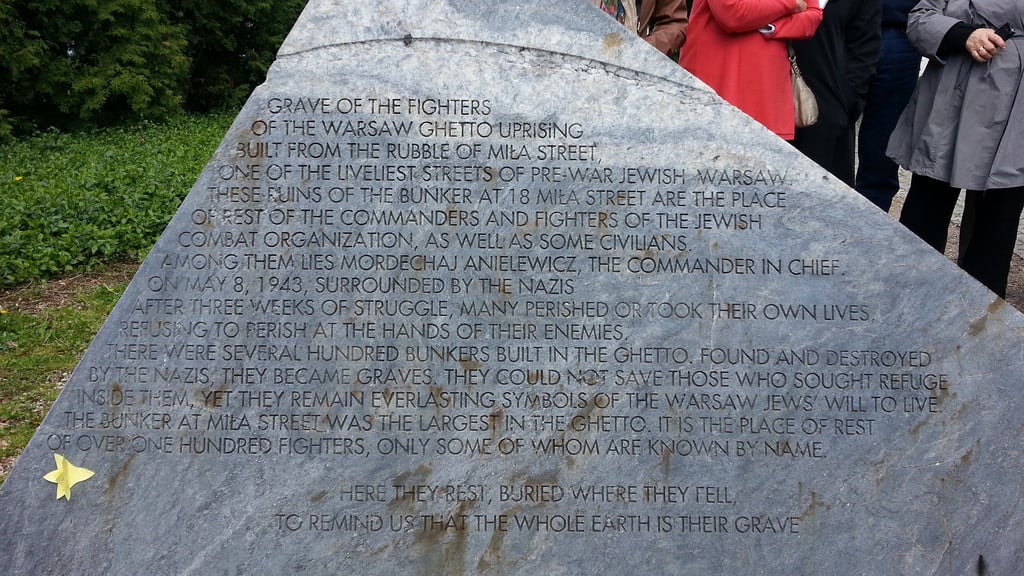 In the Warsaw Ghetto, a grave marks the fighters of the 1943 uprising, an act of Jewish resistance during World War II that opposed Nazi Germany's final effort to transport the remaining Ghetto population to the Treblinka extermination camp.

"We have been learning of the challenges still faced by the people living in Poland - the complexity of developing a shared understanding of the past when there is not a common perspective on the events of the Holocaust and World War II, the difficulty of building bridges and acceptance when the country is largely monoethnic and monoreligious, and the presence even today of antisemitism and right wing politics," wrote Facing History staffers Laura (a Senior Program Associate in our Brookline office who leads an initiative that brings Facing History to Catholic schools) and Mary (you may have read her posts on our Learn + Teach + Share blog) after a panel discussion on Poland's transformation from Communism to Democracy. "Such willingness to question, to engage in dialogue and listen to new or unexpected ideas - isn’t that what is most needed for understanding a person and a past which may be different from what we think we know?" 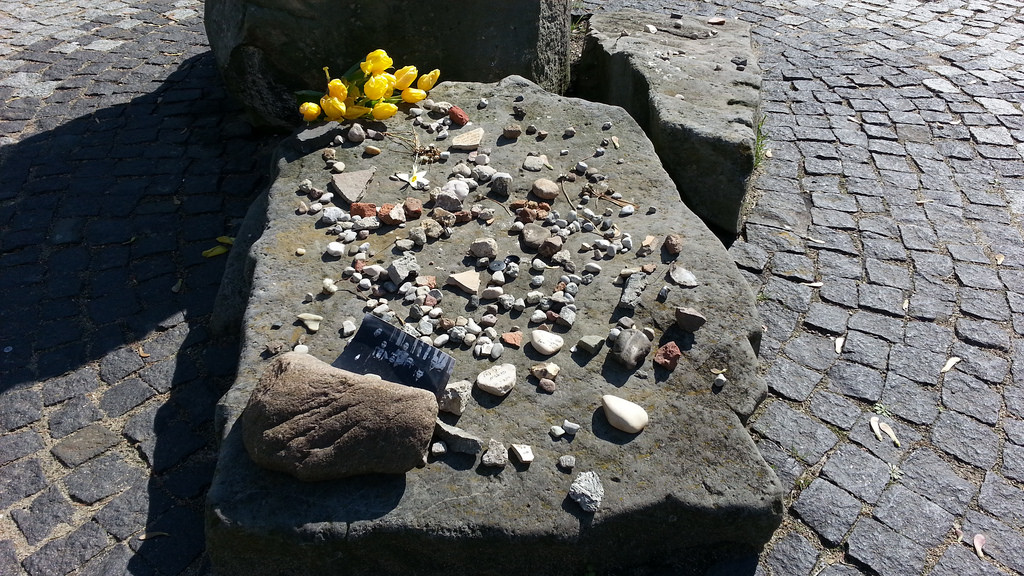 A makeshift memorial remembering the fighters of the Warsaw Ghetto Uprising. The ghetto was cut off from the outside world from 1940 to 1943. In Judaism, a white stone left atop a grave is a sign that we have been there, have visited, and have paid respect.

"How then, is the Holocaust to be understood here - the location of the murder of 90% of Polish Jewry and millions of other victims, Jewish and not, from across Europe," Daniel wrote. "Warsaw, the location of a failed, but important, uprising against occupying Germany one year after the famous ghetto uprising? Here, where today non-Jews actively promote and protect Jewish culture and history? What does memory look like here? And what should it look like in our classrooms back home?"

The Facing History resources The Jews of Poland and Facing History and Ourselves: Holocaust and Human Behavior might help you explore these questions and this history in the classroom. Register today for our summer online course Holocaust and Human Behavior. The course begins June 12 and may be taken for graduate credit. A limited number of scholarships are available. 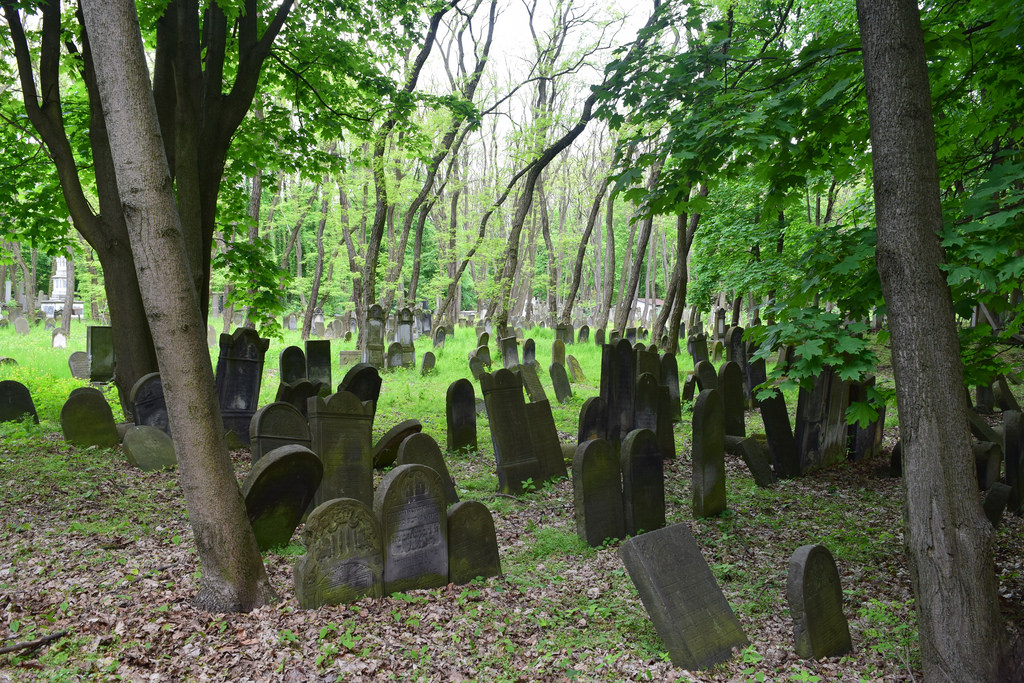 The Okopowa Street Jewish Cemetery is one of the largest Jewish cemeteries in Europe. It was established in 1806, consists of 82 acres of land, and contains over 200,000 marked graves, as well as mass graves of victims of the Warsaw Ghetto. As the cemetery was established to replace many smaller cemeteries closer to the city center, it was designed to serve all Jewish communities of Warsaw, regardless of their affiliation. When the Warsaw Ghetto was sealed in November 1940, this cemetery was enclosed inside. At that time, mourners required special passes to get past the guards posted at the entrance. Although the cemetery was closed down during WWII, after the war it was reopened and a small portion of it remains active. Currently, the cemetery has 20-30 burials each year.

Below are some framing questions the group has been discussing. How might you help students consider these?

Read more about the trip to Poland, including a visit to the Treblinka extermination camp and how the trip is sparking questions about identity for one of our Learn + Teach + Share bloggers.