How You Can Help Students See Other Viewpoints 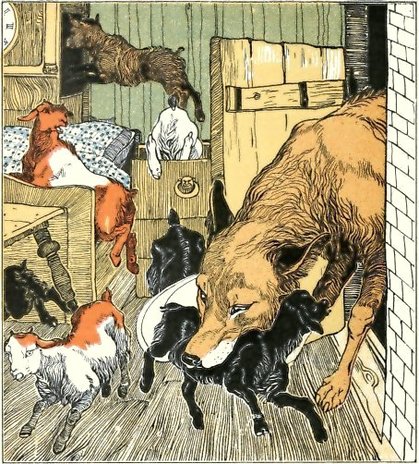 Recent events in Baton Rouge, suburban Minneapolis, and Dallas have shown that it has never been more important for all of us to understand viewpoints that differ from our own. Official online sources can be powerful tools for developing students' perspectives, according to Nelson Graves, journalist and founder of News-Decoder.

That's how the wolf is depicted in many stories that parents read to their children in North America, Europe, and Asia. It's part of our mythology.

In 1995, the managers of Yellowstone National Park in the United States reintroduced wolves to the mountainous preserve after a 70-year absence. They did not foresee the sweeping changes the wolves would trigger. They knew wolves would kill elks grazing in the park's valleys. That's what wolves do, right? They kill.

But did they know that with the flight of the elks, trees would flourish in the valleys?

That by a remarkable ecological chain reaction, birds, beavers, otters, ducks, fish, bears, and eagles would multiply? That rivers would straighten because vegetation stabilized their banks?

What in the world does the return of the wolves to Yellowstone have to do with learning?

It's a tale of unexpected consequences. But it's also a cautionary tale—to avoid falling victim to your own assumptions.

We all have biases. They are a product of our upbringing, culture, education, and media. They are unavoidable—and mostly harmless in small doses.

But in an interconnected world, it's important to suspend one's assumptions and biases when confronting issues. Otherwise one risks rushing to judgment—and paying a high price later.

History is full of assumptions gone wrong. Napoleon and Hitler assumed their armies would win quick victories against Russian enemies.

Students today, perhaps more than ever, need to suspend their assumptions and hear the other side if they are to thrive—even survive—in a globalized context.

The opportunities to learn about other cultures have never been as plentiful as they are today—through travel, telecommunications, and the Internet, which provides a prodigious tool for connecting with foreign lands, peoples, and events.

But the volume of information has also grown exponentially, exposing young people to a stream of headlines, sound bites, and images that capture news but which often lack the context to make sense of events.

Biases and prejudices can thrive in what I call the knowledge gap—the rift between exposure to shallow headlines and deep understanding of the underlying causes.

Exercise for Recognizing Perspectives in the News
Here's a game to recognize assumptions and biases: Take a copy of a newspaper with international headlines. Pick a big story. Identify with the class some of the state or quasi-state actors that are involved, assign actors to groups of students, give them time to prepare, and then have them debate and discuss the issue, each group defending a perspective. When they come together to discuss, students will realize they have radically different perspectives. This exercise can be repeated for any number of issues.

They should be encouraged to poke around and immerse themselves in other viewpoints. One of the wonderful things about the Internet is the access it provides to contrasting perspectives. Students can quickly learn the views of policymakers in far-away countries.

This exercise leverages a skill most students have mastered (Internet research) while requiring them to eschew media organizations (secondary sources) they might normally turn to in favor of original sources with unfamiliar outlooks. It coaxes students out of their comfort zones.

Having a particular perspective is not necessarily bad. But it's important to recognize that others might not share it. And to be able to put yourself in their shoes.

Things are not always as simple as they seem or as the media portrays them. And while wolves might bite, their impact on an eco-system is a lot more complex than "The Big, Bad Wolf."

*This blog was adapted from the Global Learning blog, a project of the Asia Society’s Center for Global Education. It was originally published on December 7, 2015.

Photo credit: Illustration for the fairy tale "The Wolf and the Seven Young Kids" by Karl Fahringer (1874-1952), Wikimedia Commons.

Nelson Graves is the founder of News-Decoder. He has traveled the world as a foreign correspondent and educator. News-Decoder is an effort to promote global understanding and to empower the millennial generation to find solutions to the world’s most intractable problems.
At Facing History and Ourselves, we value conversation—in classrooms, in our professional development for educators, and online. When you comment on Facing Today, you're engaging with our worldwide community of learners, so please take care that your contributions are constructive, civil, and advance the conversation.