"In my Jewish History class, students analyze how people have created an 'us' and 'them' in history, and they talk about what they can do to create a more inclusive school and society," Rebecca Berger, a teacher at the Sinai Akiba Academy, says. "They say all the right things when talking about groups and stereotypes, and yet I realized that my students would never really be able to see Muslims as part of an “us” unless they had the chance to get to know Muslim teens." 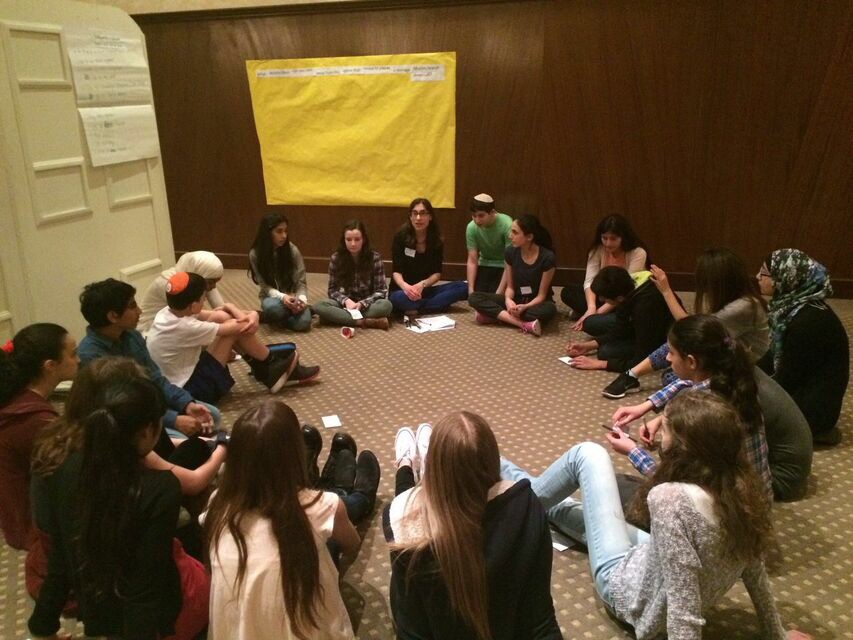 "We hoped to give these students an opportunity to learn from, understand, and appreciate other students who are 'very different' from them," New Horizons teacher Aysha Mehdi says. "Through the exchange we would like them to understand that, despite their faith and other differences, they are very much alike, that when they dig deep they will find that they share more things in common than it appears on the surface. And then if we dare to dig even deeper, we find that at the core, we are the same, we have the same feelings, emotions and insecurities, that we are human."

"Beginning the exchange, it was something I had to do," one of the student participants says. "Now, it something I would want to do over and over again."

"We may not use the same prayer book, but if the next generation of Jews and Muslims, my generation, can begin a dialogue, then maybe we can work to find a solution," says another. "This is a beginning.”