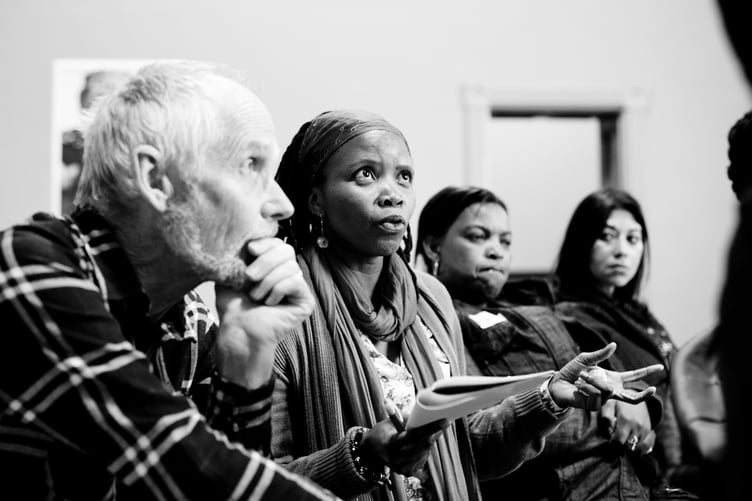 This year has made us sit more upright, take a bit more notice than before, and reflect that much more deeply. But, in 2016, voices have also been loud. And the voices of young South Africans have been loudest of all. On university campuses across the country, students brought academic learning to a standstill to demand lower fees but also for these universities to become more inclusive, more welcoming, and begin to do what hasn’t generally been done: let all students feel that they belong.

This call was picked up in schools, where many high school students, young black girls in particular, spoke (and shouted) out against the environments in classrooms, hallways, and the words written in school codes of conduct, that left them feeling excluded, different, unwelcome, hurt, and tired. For perhaps the first time since South Africa became democratic in 1994, young people are telling us that we got it wrong. And those who are older are starting to sit up and listen, even if age makes one sit up a little more slowly than before.

We must listen to those young voices around the world—the ones we are trying to teach to be the leaders of tomorrow. So as we move towards 2017, what can we begin to do to prepare those voices—and ourselves—for whatever surprises await us in 2017?

One way forward is to begin consciously fostering civil discourse in schools. If we do this more, and we do this well, we begin to provide young people, who are increasingly wanting to raise their voices and speak out, with the skills and ability to do so in ways that involve hearing and being heard; seeking out the views of others with whom they disagree; and in ways that build and don’t destroy.

Facing History’s resource, "Fostering Civil Discourse: A Guide to Classroom Conversations", is a starting point. In 2017, we can begin with creating classroom contracts that create safe spaces for learning, reflecting and expressing feelings and emotions. We can use "big paper" to allow conversations to take place where children don’t feel threatened and where all voices can be heard. And we can help young people physically "take a stand" on the issues that they feel strongly about as they listen to, and see, those with whom they disagree.

This upcoming year can be one of fostering civil discourse—in South Africa, the United States, the United Kingdom, Colombia, and elsewhere across the globe. It can be a year where we begin, or continue, to provide thoughtful and meaningful opportunities for young people to speak out, listen, be empathetic, and engage in the world around them. Then, perhaps, they won’t wake up one day surprised when the political landscape shifts suddenly. Instead, they will wake up to the change that they have brought into this world. And they will think, “This has been a very good year.”

Do you want to make 2017 the year of fostering civil discourse? Make sure to use our guide, which provides teaching strategies, ideas, and approaches to help you and your students start 2017 off right.