Posted by Facing History and Ourselves on January 21, 2021

As we pass Inauguration Day, Americans are sitting with a great many feelings. Some may be moving forward with a sense of disappointment and uncertainty while others are basking in the sense of possibility that new beginnings provide. Irrespective of where we lie on this continuum, the events of the last year have revealed to all of us that our democracy is highly fragile and continued civic engagement is required to strengthen its functioning. But in order to move forward, we must be prepared to look backward and plumb the lessons of the past.

Facing History staff recommend the following 4 books as titles that can help us understand the connections between the contemporary moment and defining moments in U.S. history and the histories of other nations. With this knowledge in tow, we can better understand what the task of preserving and strengthening democracy entails, and the harrowing consequences that can emerge when we fail to do so.

The Soul of America: The Battle for Our Better Angels
by Jon Meacham

“Our current climate of partisan fury is not new, and in The Soul of America Meacham shows us how what Abraham Lincoln called the ‘better angels of our nature’ have repeatedly won the day. 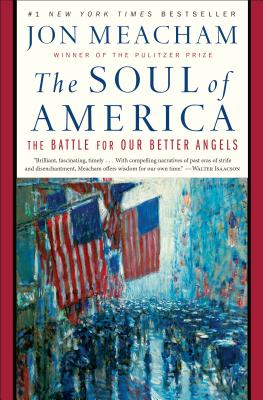 He writes about the Civil War, Reconstruction, and the birth of the Lost Cause; the backlash against immigrants in the First World War and the resurgence of the Ku Klux Klan in the 1920s; the fight for women's rights; the demagoguery of Huey Long and Father Coughlin and the isolationist work of America First in the years before World War II; the anti-Communist witch-hunts led by Senator Joseph McCarthy; and Lyndon Johnson's crusade against Jim Crow. Each of these dramatic hours in our national life have been shaped by the contest to lead the country to look forward rather than back, to assert hope over fear—a struggle that continues even now.” —Random House Trade

On Tyranny: Twenty Lessons from the Twentieth Century
by Timothy Snyder

“The Founding Fathers tried to protect us from the threat they knew, the tyranny that overcame ancient democracy. Today, our political order faces new threats, not unlike the totalitarianism of the twentieth century. We are no wiser than the Europeans who saw democracy yield to fascism, Nazism, or communism. Our one advantage is that we might learn from their experience.

On Tyranny is a call to arms and a guide to resistance, with invaluable ideas for how we can preserve our freedoms in the uncertain years to come.” —Tim Duggan Books

Learning from the Germans: Race and the Memory of Evil
by Susan Neiman

“In the wake of white nationalist attacks, the ongoing debate over reparations, and the controversy surrounding Confederate monuments and the contested memories they evoke, Susan Neiman's Learning from the Germans delivers an urgently needed perspective on how a country can come to terms with its historical wrongdoings.

Neiman is a white woman who came of age in the civil rights-era South and a Jewish woman who has spent much of her adult life in Berlin. Working from this unique perspective, she combines philosophical reflection, personal stories, and interviews with both Americans and Germans who are grappling with the evils of their own national histories.

Through discussions with Germans, including Jan Philipp Reemtsma, who created the breakthrough Crimes of the Wehrmacht exhibit, and Friedrich Schorlemmer, the East German dissident preacher, Neiman tells the story of the long and difficult path Germans faced in their effort to atone for the crimes of the Holocaust. In the United States, she interviews James Meredith about his battle for equality in Mississippi and Bryan Stevenson about his monument to the victims of lynching, as well as lesser-known social justice activists in the South, to provide a compelling picture of the work contemporary Americans are doing to confront our violent history.

In clear and gripping prose, Neiman urges us to consider the nuanced forms that evil can assume, so that we can recognize and avoid them in the future.” —Picador USA

The Death of Democracy: Hitler's Rise to Power and the Downfall of the Weimar Republic
by Benjamin Carter Hett

“Why did democracy fall apart so quickly and completely in Germany in the 1930s? How did a democratic government allow Adolf Hitler to seize power? In The Death of Democracy, Benjamin Carter Hett answers these questions, and the story he tells has disturbing resonances for our own time.

To say that Hitler was elected is too simple. He would never have come to power if Germany's leading politicians had not responded to a spate of populist insurgencies by trying to co-opt him, a strategy that backed them into a corner from which the only way out was to bring the Nazis in. Hett lays bare the misguided confidence of conservative politicians who believed that Hitler and his followers would willingly support them, not recognizing that their efforts to use the Nazis actually played into Hitler's hands. They had willingly given him the tools to turn Germany into a vicious dictatorship.” —St. Martin’s Griffin

Facing History and Ourselves invites educators to use our new Teaching Idea, The Hope and Fragility of Democracy in the United States, in the classroom.

Pictured above: A portion of the cover of The Death of Democracy (St. Martin's Griffin, 2018).