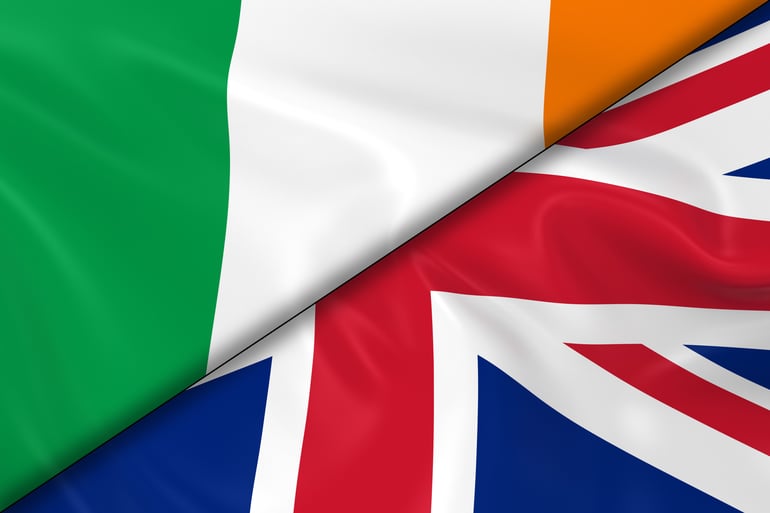 This incident is part of a larger picture of Northern Ireland’s 30-year violent conflict, commonly referred to as “the Troubles.” Often characterized in religious terms, as Protestants versus Catholics, in many ways, it is shorthand for a political and cultural conflict that has brewed over centuries. Traditionally, Protestants are loyal to the Union with Great Britain, while Catholics identify the current arrangement as part of a long history of imperialism and seek a national future within an all-Ireland Republic. But what this history demonstrates is a more universal lesson on how fear breeds suspicion, which can turn into an ongoing cycle of precautionary violence: “get them before they get us.”

As is the case anywhere trauma has shaped public relations, reason and common sense require that everything is tested for threat, long after obvious violence has receded. Fear alerts its victims to danger like an alarm calls attention to fire. Living in Northern Ireland often feels like the country operates on this very principle: Both sides remain careful, driven by the attitude that reducing the risk of harm is the first priority. Sometimes fear serves as permission for precautionary violence: “I anticipate you will attack, so I have to attack you first.” Fear defines what is reasonable, not the other way around. In the light of experience, facts, and more importantly, relationships, must fit the narrative or be assumed unreliable, even ‘fake’, until tested: “If one of them attacked me and I don’t know they won’t do it again then I need to take precautions about them until I know what I’m dealing with.” Eventually this approach veils every interaction.

Where violence drove people apart, geographical districts in Belfast became sanctuaries for people sharing a common fear of the “other.” Who we were, and how we were perceived, was defined in its shadow. Over time, we built our schools and organized our leisure to teach our young what we wanted them to know—and closed them off to one another. It defined the workplace, public spaces, and politics. Catholics lived in a world where they were excluded from employment and from any part in political power, while Protestants feared the great revenge that could be just around the corner, embodied in the organised violence that they faced from Catholics.

From the outside, each group might look similar and they might both kill and fear and hate, but, from the inside, there can never be moral equivalence between heroes and villains. So even where people are forced from their homes on pain of death, there are those who find reasons in history to stand on the sidelines.

Breaking the Cycle of Recrimination in the Classroom

Facts and evidence, along with the complexity of the history, matter less than the consistency of friend or foe. Fear means that history taught in the classroom had to bow to the "history" that is remembered and re-enacted in rituals in homes and on the streets. So where do we turn to find ways to break this cycle of recrimination which justifies monstrosity as precaution? It seems to me that it's only when we acknowledge each of us can be, and has been, both victim and perpetrator, does space for exploring violence emerge. We can then start to take responsibility so real learning and change can be made possible.

Teaching offers huge possibilities for good and for ill, where in every class the possibility of pursuing the truth about violence is given a new life. But for that to happen, teaching, especially about history, requires attention to the emotional and relational context within which events take place. Standing at the front insisting on my version in the face of obstinate fear, works for a few, in my experience, but it never breaks the cycle for those caught in the narrative of fear. If the suffering of some of their students is to be recognized for what it is, a teacher must establish the human face of all of their students in their classroom, before, or alongside, engaging them in exploring the evidence.

Teaching history does not prevent ethnic cleansing. But restoring human relationships in the face of inhumanity is the only antidote to the spread of fear. And only restored humanity allows violence to be acknowledged. And only when it appears for what it is in all of its ugliness, will the action be taken to ensure that it is consigned to history.

Read how Facing History and the Corrymeela Community are working to bridge divisions in Northern Ireland with the project, "Facing Our History, Shaping the Future."

Duncan Morrow teaches Politics at Ulster University in Belfast and has spent many years involved in inter-community relationship building. He is a member of the Corrymeela Community and an Advisory Board Member at Facing History and Ourselves.
At Facing History and Ourselves, we value conversation—in classrooms, in our professional development for educators, and online. When you comment on Facing Today, you're engaging with our worldwide community of learners, so please take care that your contributions are constructive, civil, and advance the conversation.