Home > Our Blogs > Facing Today > One Voice Can Make a Difference

One Voice Can Make a Difference

As an eyewitness to the testimonies of many survivors, I now have an obligation to keep their stories alive. When the survivors of the Holocaust tell us about their experiences, they charge us. We may be some of the last ones to hear these stories first-hand from the people who experienced them.

Last month, my classmates and I listened to the testimony of Mrs. Rena Finder, a Holocaust survivor, who explained that in about five years there might not be any survivors left. While there are people like Steven Spielberg trying to capture these testimonies using video, and even experimenting with holograms, it will never be the same as hearing it from the person in real life. Now that we've heard these life-changing stories, we must help more people become aware of them, so they are never forgotten. 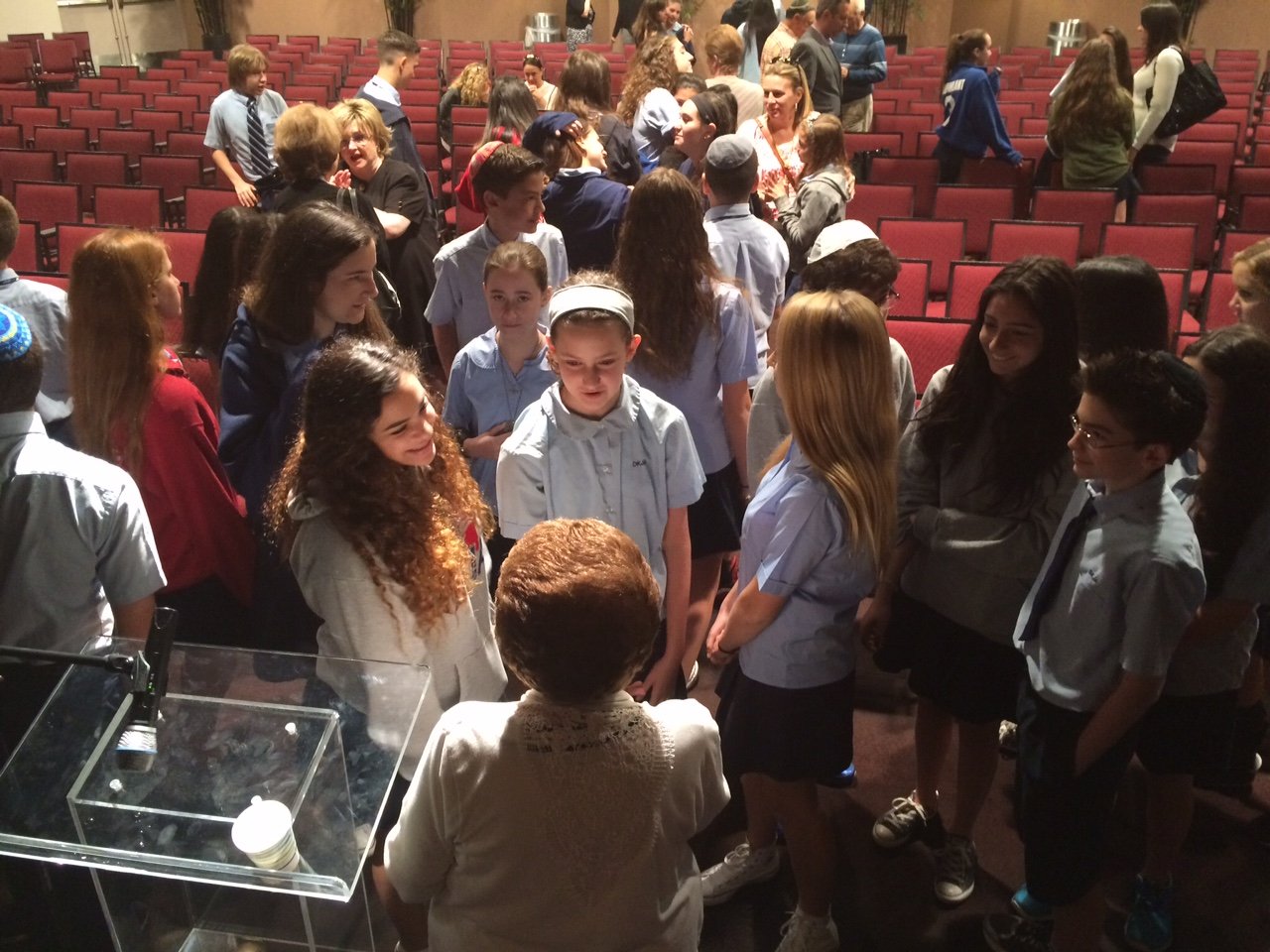 Mrs. Finder told us that, during the Holocaust, her community depended on the Allied powers to come through for them, but it never happened. Her father kept repeating, "It will be fine, the Allies will come and save us" during the Nazi invasion of Poland, their transport to the Lodz ghetto, and again during the liquidation of the ghetto.

Mrs. Finder and her family never saw him again; he was murdered by the Nazis.

The world had an obligation to help those being persecuted, but instead 11 million people were murdered, and even more suffered in ways most of us could never imagine. If the world had stood up to the Nazis earlier so many millions of people could have been saved. I learned from this that if we say we can be counted on, we have to follow through on it. The people who are suffering today can be helped if they have someone to depend on who can and will help them.

Even though there were many perpetrators during the Holocaust, there were also upstanders like Oskar Schindler, who saved 1,200 people, including Mrs. Finder and her mother. From hearing Mrs. Finder talk about this, I learned that it only takes one person to make a difference in the lives of others. I was disappointed to learn that more people didn't follow Mr. Schindler's lead.

I believe that one voice can make a difference, but that many voices together can make a change.

Mrs. Finder told us a story that she had barely ever told anyone else. One morning, a guard falsely accused one of her fellow inmates. Even though she risked severe punishment and possibly death, Mrs. Finder stood up to defend her. The guard ordered Mrs. Finder back to the line, but she refused. Instead, she stood in one place for the entire day. Finally, a different guard ordered her back to the evening roll call. Mrs. Finder explained to us that she stood up in order to feel like an individual in a place where people were treated as though they were animals or worse.

From learning about the awful camps Mrs. Finder and many other survivors have described, I have realized the importance of treating each other with respect. A goal of the concentration camps was to make the people inside feel as though they were subhuman and unfit to live. We are not robots. We are people with feelings, opinions, ideas, and needs. It's crucial to treat one another as valuable because without these principles we are barely human.

Through studying different periods in history, I learned that this type of cruelty didn't only occur during the Holocaust. Slavery and the American civil rights movement, the sterilization of those deemed by society to be unfit, and modern day genocides are all examples of injustices that teach the importance of having someone to depend on, being an upstander against injustice, and valuing others. If we apply these concepts today, we will be able to build a safer world. It only takes one person to make a difference, but many people together can make a change. You don't have to be a leader if you don't feel comfortable. You can join in a cause about which you feel strongly. There are many ways that we can make this world a better place.

My story will be that I was there to hear survivors' stories first-hand, and because of that I knew that I had a responsibility to make a positive difference in the world.

Yaffa Englander is an 8th grade Facing History and Ourselves student at Donna Klein Jewish Academy in Boca Raton, Florida. She enjoys reading, writing, playing tennis, and spending time with her family.
At Facing History and Ourselves, we value conversation—in classrooms, in our professional development for educators, and online. When you comment on Facing Today, you're engaging with our worldwide community of learners, so please take care that your contributions are constructive, civil, and advance the conversation.