Posted by Facing History and Ourselves on April 7, 2021 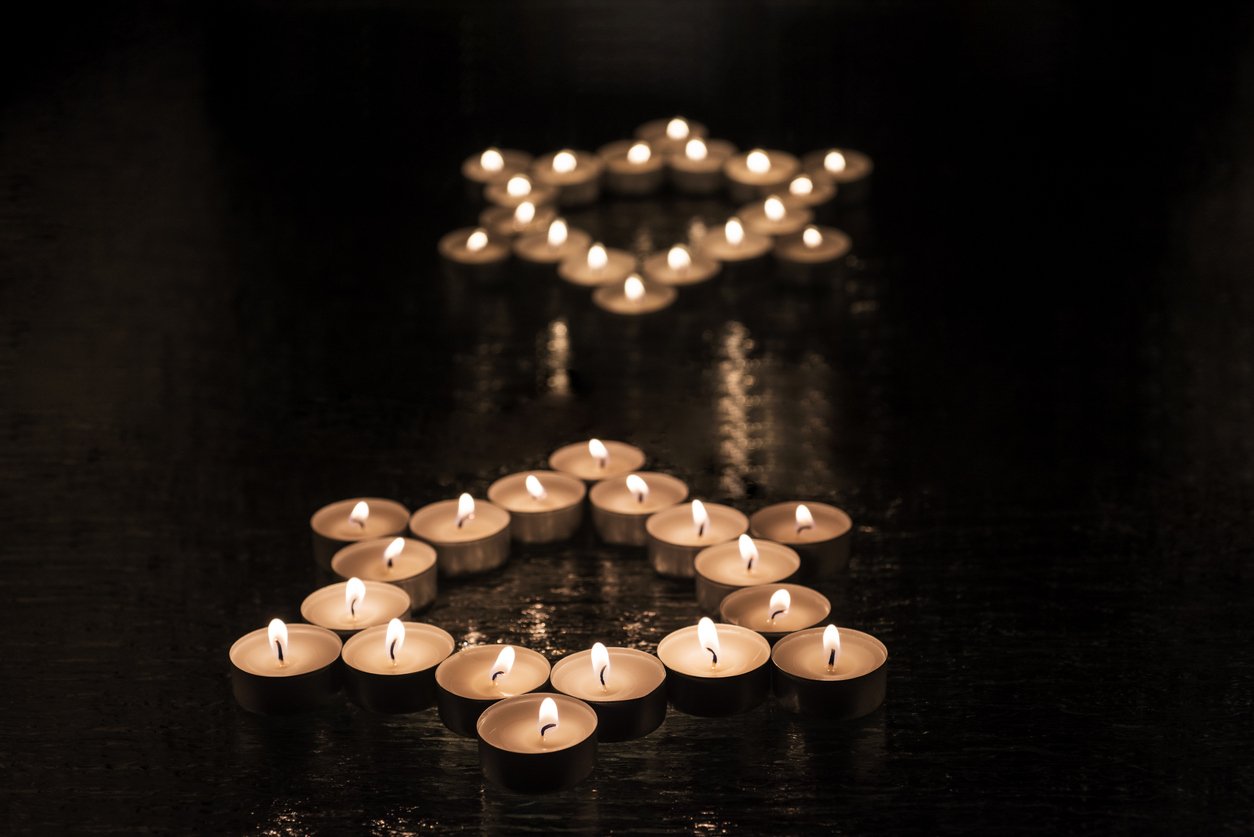 Yom HaShoah, or Holocaust Remembrance Day, is observed every April around the world. On this day, we remember the six million Jews murdered in the Holocaust, and the Jewish resistance that accompanied and followed these events. Today, we sit with the pain, suffering, and multigenerational trauma sustained by the six million victims and their families.

We mourn the loss of six million mothers, fathers, children, doctors, educators, artists, thinkers, dreamers, troublemakers, and the manifold manifestations of humanity expressed in Jewish people. We remember people whose lives, though foreshortened, deeply touched those close to them and whose loss is unspeakably difficult to bear. When we sit with the sheer scale of this collective loss, we are also confronted with the familial networks forever disrupted, the ancestral wisdom not passed, and the ingenuity, beauty, and brilliance stolen from humanity. And as we contemplate these profound losses, the reality of ongoing antisemitic hatred and threats of violence only multiply our grief.

Though it has been more than 75 years since the liberation of the last concentration camp at Stutthof, antisemitism remains pervasive. We continue to witness a steady stream of antisemitic rhetoric and acts of violence targeting Jewish people in every corner of global society, many of them in and around schools. Antisemitic rhetoric and sentiment also figured prominently at the insurrection at the U.S. Capitol on January 6th, 2021, renewing deep concern about the increasing rate at which these harmful ideas are permeating the national consciousness.

Additional disturbing trends are apparent in research published by the Pew Research Center which revealed that most American adults have no idea how many Jews were murdered during the Holocaust, nor how Adolf Hitler came to power. Equally disturbing figures were released by the Claims Conference, including the finding that 45% of Americans cannot name one of the 40,000 ghettos or concentration camps that existed during the Holocaust. What’s more, they found that 49% of U.S. millennials and generation Z have seen Holocaust denial or distortion content online. Perhaps most alarmingly, 20% of U.S. millennials and generation Z surveyed in New York believe that Jews caused the Holocaust.

The factors driving ignorance of the Holocaust are many but essential to redressing this problem is recommitting to Holocaust education. The Echoes and Reflections U.S. College Survey revealed that students who have received Holocaust education report greater knowledge of the Holocaust, as well as a greater willingness to challenge intolerant behavior in their midst. The findings also revealed that exposure to survivor testimony had a decisive impact on deepening students’ sense of social responsibility and civic efficacy.

We often discuss the transformative impact of survivor testimony and resilience in the field of Holocaust education, but on Yom HaShoah, we focus our remembrance on this: the precious survivors constitute the small minority of people who narrowly escaped death in a field of incalculable violence, and whose sufferings and personal losses have been unspeakably profound.

For 45 years, Facing History and Ourselves has been a leading voice in Holocaust education as reflected in our seminal case study for educators and students, Holocaust and Human Behavior. We invite educators to use this resource in their classrooms to bring this history of profound loss and the core moral choices of its actors to life in the classroom.