Posted by Facing History and Ourselves on March 15, 2018 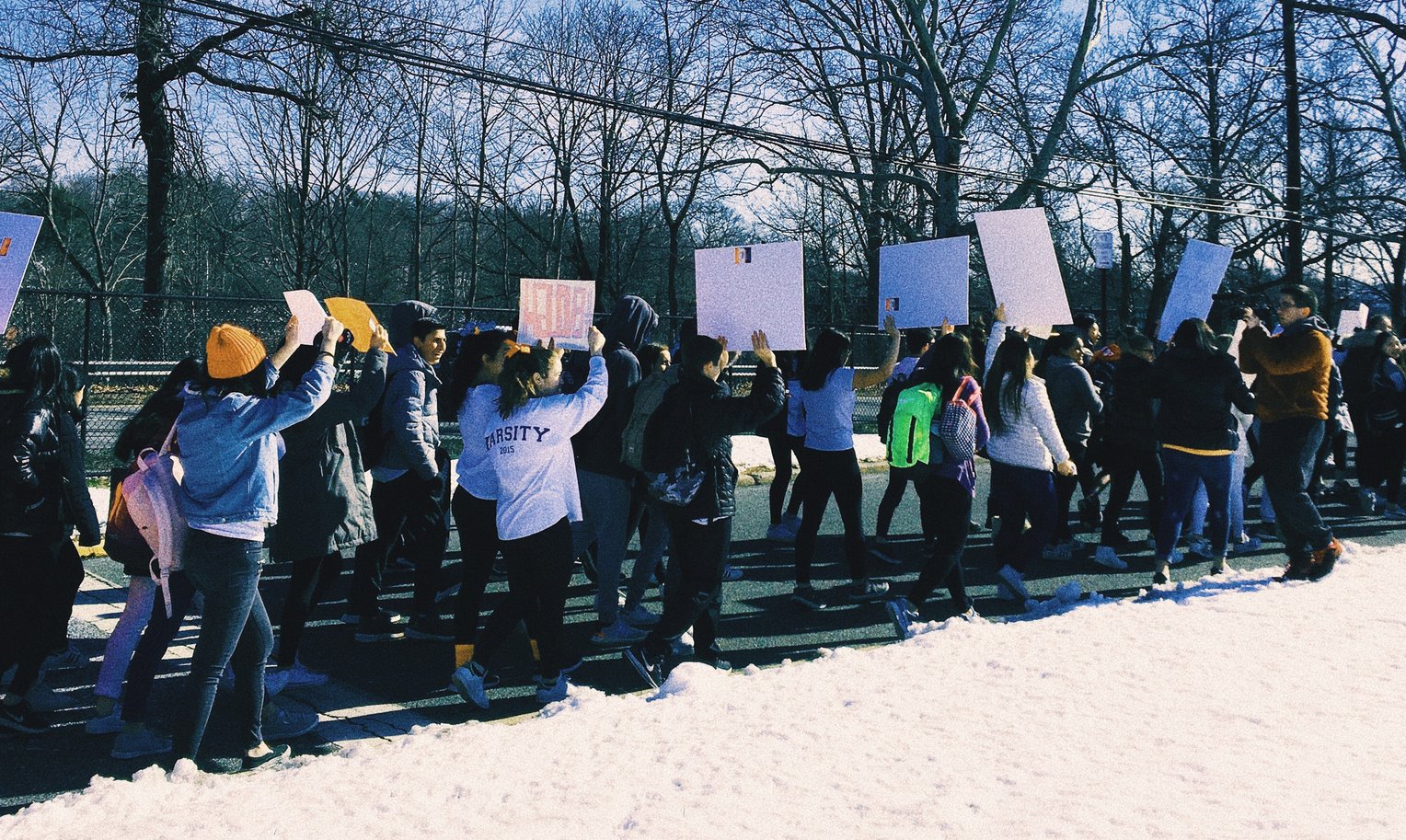 Yesterday we watched as thousands of students across the nation banded together in solidarity one month after the Parkland, Florida school shooting that left 17 dead. As part of National Walkout Day, they flooded the streets with messages for elected officials: enough is enough. Something needs to change.

These young organizers are following in the footsteps of history and a rich precedent of student activism that has changed the course of our societies around the world. It’s critical that we tap into students’ passion for leadership; if ever there was a teachable moment for kids and the adults who care about them, the tragedy of mass shootings is it.

What we’ve seen since Parkland is an important movement of student activism and agency. And we, as adults, need to pay attention. The level of organization, mobilization, and preparation that went into making yesterday’s walkout happen should be inspiring to all of us. We should be taking notes on this lesson in civic engagement. As so often as it happens, the students have become the teachers.

We’re proud to say that many Facing History students were involved in yesterday’s walkout, exercising their right to use their voice and to be active and engaged citizens that make a difference in their world. We’ve pulled together a few reflections and insights from our students, teachers, and staff members who witnessed the walkout’s incredible energy along with some inspiring images from the day.

“I find it amazing to see a movement grow that is all our own. This movement was started by students, organized by students, and fueled by student energy. As teenagers we are defining a new generation of activists with an issue that can define our age. Students who observed politicians try and fail to enact meaningful change have taken it upon themselves to lead us into a less violent future. Nowhere has this been more present than at my school. Students brought the walkout into the school schedule and curriculum. I was consistently inspired and impressed by their organization, persistence, and support. We had a march, a rally, voter registration, and even informational booths to arm our protesters with facts they can use to fight for the cause. Generations have failed before us, but ours and other inspiring students throughout the country will end it for good and make sure school shootings happen never again.”— Ethan Goldblatt, Student Intern, Facing History Los Angeles

“It was a powerful day at the State House where students gave courageous testimony on the need to pass gun reform laws and fund our schools! It was truly civics in action and as a former civics teacher I was truly moved and continue to be so inspired by the students. It’s a powerful reminder of why I became a teacher in first place.”— Jessica Tang, Boston Teachers Union president, former Facing History teacher and former Facing History teacher advisory member

“There's a lot of planning and partnership that went into the day and it has built over the last couple of weeks. About 41 percent of our student body participated in the walk out. Many created posters, signs, and were ready with chants. These students leaders had done a lot of preparation during lunch and during and after school to make this as meaningful as possible.”— Calee Prindle, Assistant Principal, Facing History School, New York, NY

“Most of our school participated along with their peers from the Brooklyn High School of the Arts. It was beautiful. I think every adult was in tears. There were almost 1,000 kids on the street in total silence. This generation brings me hope.”— Emily Phillips, Facing History teacher and counselor at MS 447 in Brooklyn, NY

“Today was an historic event at Piedmont Middle School. Our 'Day of Action' included a march around City Hall for the middle school. The police closed the streets so the students could walk safely. Community members and city employees came out to support the students. It was a silent march—over 400 students were completely silent the entire time—our student government class read out the 17 names who died at Stoneman, one every minute. Then we had reflection activities—poetry, art, singing protest songs after the march and at lunch. Many of our teachers felt it was 'real school.' Now we have the challenge of keeping this flame alive, one I welcome knowing Facing History will be our partner. We have barely begun to utilize the extensive resources and expertise you are offering and I look forward to working with you on this long term. We have momentum and commitment at PMS - YES, ONWARD!” — Stella Kennedy, teacher at Piedmont Middle School, San Francisco, CA

“Miguel Contreras Learning Complex was one of the many schools that participated in the National Walkout. We held a press conference in front of our school where students from Global Studies and Social Justice (another school in Miguel Contreras) would speak out about our cause and our demands. It was a really fulfilling experience being around other people who support our cause towards gun violence. We want to create healthier school communities. When school safety rules are implemented, they disproportionately target students of color. We cannot address the issue of gun violence without addressing its possible outcomes: the criminalization of youth of color through zero tolerance policies. It is easy to create that pathway from school to prison when efforts for safer schools are applied. All of those who walked out today were trying to make a change in all the gun violence happening around the country. Today was only the beginning of what’s to come for gun policies.” — Angela Ramirez, student at Los Angeles School of Global Studies

As this movement continues, help your students consider the rich history of student activism using our lesson, "Youth Taking Charge! Placing Student Activism in Historical Context." It can help them understand how young people like them have turned to activism in the past as they determine their own role in today’s movement.