Today’s News, Tomorrow’s History is an ongoing series with Listenwise. This series connects Facing History’s themes with today’s current events using public radio to guide and facilitate discussions around the social issues of our time. We will take a look at the ways countries have tried to manage racism, especially in Brazil. 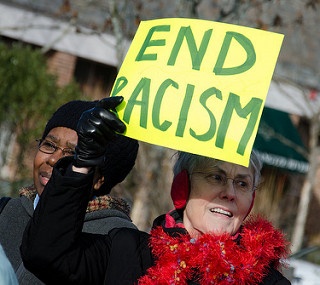 People around the world experience racism. In the United States, the Civil Rights Act of 1964 prohibits employers from discriminating on the basis of race. It’s a civil law, which means companies could face fines if they break it.

Other countries respond to racism in different ways. Like the United States, Brazil had a long history of slavery, and was the last country in the Americas to end slavery. But unlike the United States, Brazil never passed laws making racial segregation legal. They didn’t have laws about racism at all until 1951 when they made it a criminal offense. If Brazilians are caught discriminating on the basis of skin color and are found guilty, they could go to jail. But in reality, no one has because, in Brazil, racism is a crime without punishment.

In Brazil, there are laws in place to make sure everyone is treated with respect and dignity. However, racism has gotten worse with the ability to post anonymous comments on social media, along with the rise of global far-right movements leading some people to feel like they can say anything, no matter how racist.

Listen to this story to hear how, even with laws against it, racism continues.

Join the conversation: What role does the government have in this issue? Whose responsibility is it to hold people accountable? In your opinion, what would be a step toward a solution to racism?


Explore more stories about racism and equality from Listenwise: