Posted by Monica Brady-Myerov on September 28, 2016

Today’s News, Tomorrow’s History is an ongoing series with Listenwise. This series connects Facing History’s themes with today’s current events using public radio to guide and facilitate discussions around the social issues of our time. We will take a look at the presidential election and each candidate’s position on immigration. 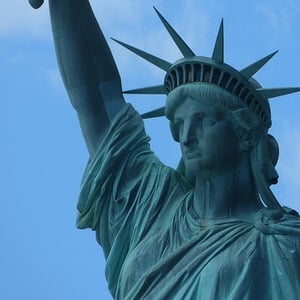 One of the biggest issues of the 2016 presidential election is immigration. There are estimated to be more than 11 million undocumented immigrants in the United States so the stakes are high for immigrants in this country, along with their employers and families.

The two major party candidates, Republican Donald Trump and Democrat Hillary Clinton have opposing viewpoints on immigration. As Trump launched his campaign, he promised to build a wall to prevent undocumented immigrants from entering the country through Mexico and speed up the deportation of the millions of people who are in the United States illegally. Early in the campaign Trump called for a “total and complete shutdown” of Muslims entering the country. He has since qualified those positions.

Join the conversation:   How does someone's Universe of Obligation influence their stance on immigration? If you were to create an ideal immigration policy, what would your policy include? What factors influenced your policy?


Explore more stories about politics and the presidential election from Listenwise: