Posted by Monica Brady-Myerov on December 27, 2017

Today’s News, Tomorrow’s History is an ongoing series with Listenwise. This series connects Facing History’s themes with today’s current events using public radio to guide and facilitate discussions around the social issues of our time. We will take a look at the violence in Burma, or Myanmar, that has made the Rohingya leave their country. 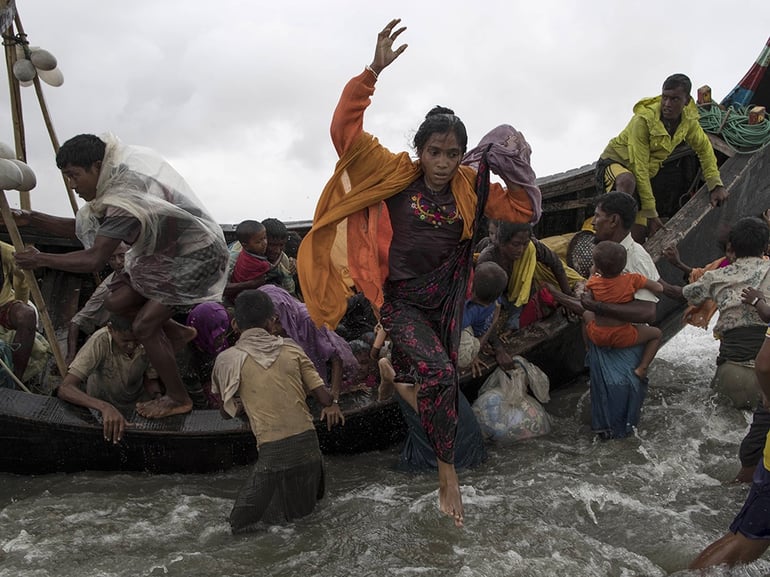 Since the end of August 2017, more than 600,000 Rohingya have fled from their homes in Myanmar, also known as Burma, into Bangladesh to escape the violence from the Burmese military. The attacks on villages and campaign of violence have been called “ethnic cleansing.”

The Rohingya are a Muslim minority in a majority Buddhist country. Buddhist nationalists have protested the Rohingya’s right to vote and there are no Muslim representatives in parliament. The Myanmar government has refused to acknowledge Rohingya as a distinct ethnic group and they have been persecuted, alienated, and subjected to institutional discrimination.

Who are the Rohingya and why are they being persecuted? How can a culture of prejudice encourage violence? How has America responded to this crisis? In your opinion, why do you think some people are persecuted? What groups face discrimination or persecution in the United States?