Trans Youth Transforming Schools and Beyond 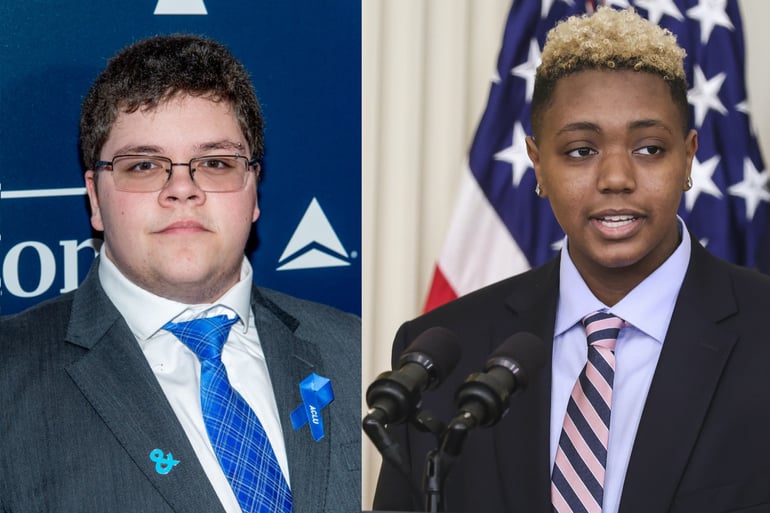 As Pride Month draws to a close, educators and school leaders have an opportunity to think about how to support and ally with LGBTQIA+ students more effectively all year long. But we must not forget that LGBTQIA+ youth are also powerful agents of change who are actually leading the way in many key arenas. This year, we are seeing a number of transgender youth standing up for equity, inclusion, and justice in powerful ways within and beyond their own school communities.

One such example is Gavin Grimm, a young white transgender man who sued his county school board in Virginia after they required that he only use the girls’ bathroom in 2014. After a lengthy, seven-year battle in and out of the courtroom, the Supreme Court was expected to hear the case and issue what might have been a precedent-setting verdict. It was announced this week, however, that the Supreme Court has now declined to hear the case, effectively preserving a verdict issued by a lower court which decreed that county school boards may not require that students only use bathrooms that correspond to the genders assigned to them at birth.

Despite this victory for Grimm and his allies, there is more to this story. Policy surrounding transgender rights has changed a number of times even over the last several years, suggesting that ongoing agitation to protect these particular rights of transgender people will remain vital. Nevertheless, Grimm’s seven-year fight has brought increased visibility to this important struggle and inspired fellow transgender youth to drive change in their own schools and communities.

Another trans youth leader who has been in the news recently is Ashton Mota—a 16-year old Black, Afro-Latino trans activist and high school student from Lowell, Massachusetts. Mota recently introduced President Joe Biden at the White House Pride Month celebration which had been suspended during the previous presidential administration. In his remarks, Mota called for the passage of the Equality Act, a bill that would formally extend the 1964 Civil Rights Act’s ban on sex-based discrimination to discrimination based on sexual orientation and gender identity, among other protections.

Mota entered the news in recent years when he had to fight for the right to play on the boys’ basketball team at his elite private high school, and be called by his chosen name and pronouns. Mota came out to his parents as transgender at 12 years old and, within the next two years, founded the Gay-Straight Alliance at his middle school and delivered opening remarks for GLSEN’s annual conference. It is during this period that Mota also became a Youth Ambassador for the Human Rights Campaign—the nation’s largest LGBTQIA+ advocacy and political lobbying group—and now travels the country addressing audiences about issues impacting trans youth. Throughout this time, he has also been active in promoting legislation that protects LGBTQIA+ people in his home state of Massachusetts.

Grimm and Mota’s stories are powerful examples of the impact that young people’s civic engagement can have when powered by vision, perseverance, and support. Facing History invites educators to help their students move from reflection to action in their communities using our free resource From Reflection to Action: A Choosing to Participate Toolkit.

Pictured above (left to right): Gavin Grimm at the 28th Annual GLAAD Awards (2017) and Ashton Mota at the White House Pride Month celebration (2021).