Under Pinochet's regime, thousands of Chileans were detained, tortured, killed, or "disappeared"— forcibly abducted or taken for questioning, never to return. Pinochet's government targeted these Chileans for many reasons, including membership in the Communist party, affiliation with Allende's government, leadership in unions, or suspicion of "leftist" activities.

As these disappearances grew more frequent, a grassroots movement emerged among an unlikely group: Chilean women. The majority of people taken in for questioning or removed from their communities were men, and in their absence many women began searching for their loved ones—a dangerous, even revolutionary act. Through these searches, the women began to join together, creating community and sharing resources. In meetings, they began crafting arpilleras, handmade quilts or tapestries that documented their lives and experiences under the Pinochet dictatorship. These women came to be known as arpilleristas.

"They turned their sorrow into a unique art form that recounted, through hand-sewn images, their lives as mothers in search of their missing children, as civilians demanding truth and justice," Wellesley College Professor of Latin American Studies and award-winning poet Marjorie Agosin writes in Facing History's Stitching Truth: Women’s Protest Art in Chile. By sharing their arpilleras with people outside of Chile's borders, the arpilleristas served as international whistleblowers, uncovering the human rights abuses that the Pinochet regime and its supporters continually denied.

As a humanities teacher at Oceana High School in Pacifica, California, I incorporated the often untold stories of the arpilleristas into a year-long 10th-grade 20th-century global history and literature course as a way to help students think about the connections between identity, voice, art, and history. The course, a collaboration between three teachers on the humanities team, focused particularly on patterns of genocide and other atrocities, and the ways in which individuals and groups made choices that had an impact within these historical moments. We used Facing History’s Scope and Sequence to structure our year, starting with an exploration of identity, membership, and universe of obligation, and then examined the Armenian Genocide and the Holocaust as two historical case studies. 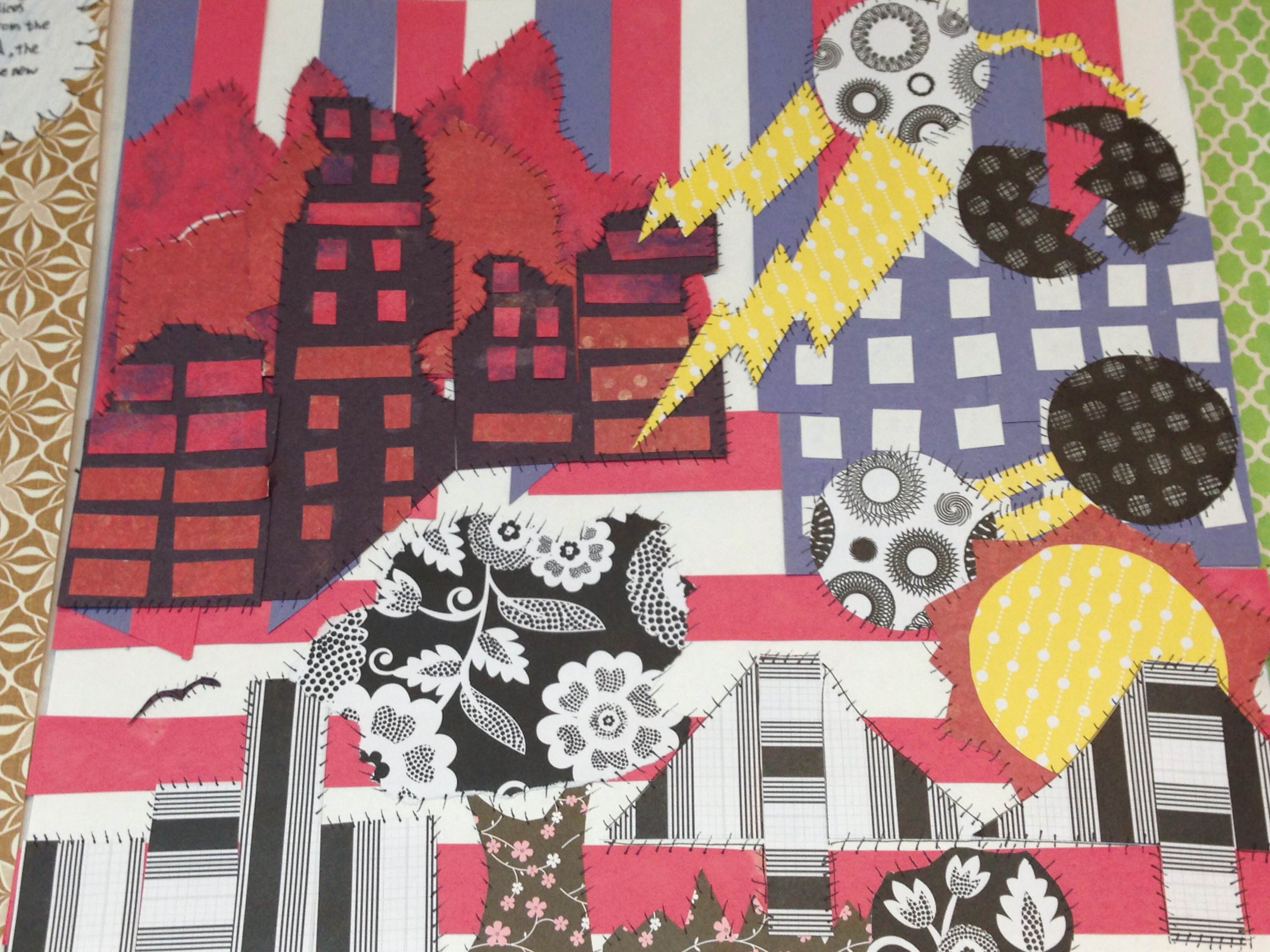 Hand-crafted quilts, or arpilleras, Karen's students made as part of a study of art as resistance in Pinochet's Chile.

To this, we added a unit to explore healing and remembrance. My colleagues and I wanted to explore these questions with our students: How does a society heal from grave injustices, both during and after an atrocity has taken place? How do we recognize the efforts of the people who stood up in the face of injustice and used art as their medium for healing?

And so we created a case study on the modern history of Chile, with a particular focus on the disappeared peoples of Augusto Pinochet's military regime from 1973 until 1990. Using the Stitching Truth resource, we developed a unit that focused on art as a way to resist, heal, and remember.

We opened the unit with a study of 20th-century Chilean history and read oral histories of arpilleristas from Patricia Politzer's Fear in Chile: Lives Under Pinochet to help our students start to understand the individual stories of the desaparecidos (disappeared peoples) from the voices of the loved ones who searched for them. Since our course integrated both history and English, we read several stories from Ariel Dorfman's short story collection My House is on Fire, as well as poetry by Doris Meniconi Lorca and songs from the Nueva Canción movement including the songs of Chilean teacher, poet, and singer/songwriter Víctor Jara. Finally, we introduced the poetic style of odes—poems that praise a person or concept.

Our unit culminated in an assessment we called The Remembrance Project. Our hope was to pay tribute to the arpilleristas—these women who fought so hard to keep the memories of their loved ones alive—so that their legacy, too, would be remembered.

Students began the project by choosing the story from one arpillerista that spoke to them in some way. They began by journaling about the arpillerista's life, and then wrote an ode to that arpillerista in which they documented her experiences and expressed why they felt that she should be remembered. Having done many multi-draft essays and research projects, our students were incredibly grateful to get the chance to express themselves in a different modality.

"It helped us get a better sense of how [the women] felt when they lost their loved ones," one of my students told me, "and I appreciated being creative to tell someone else's story." 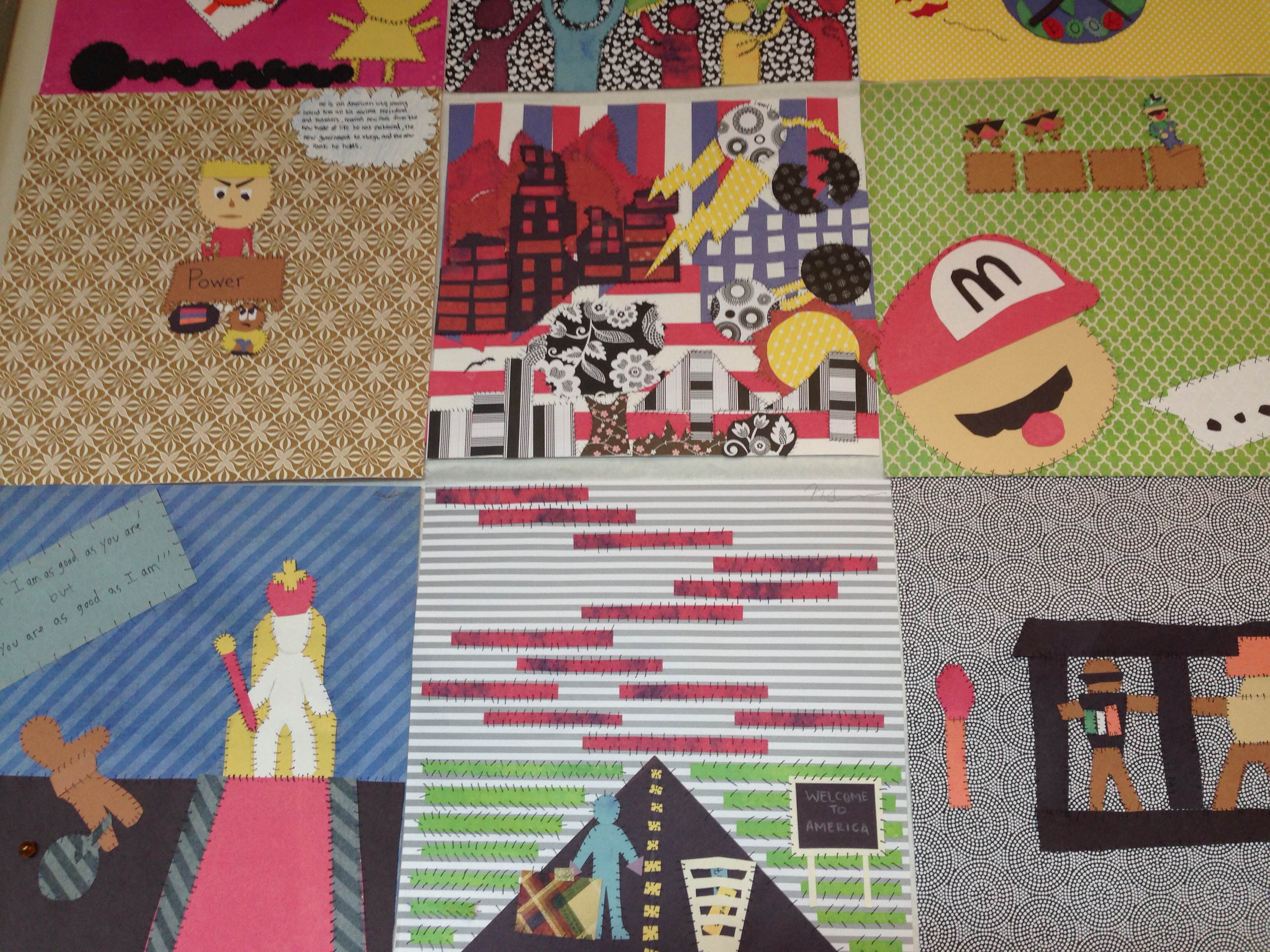 Karen's class stitched together their individual arpilleras to make a diverse quilt that all took part in creating.

Each student used their ode as inspiration for creating their own individual arpillera. Many students included their ode in the arpillera itself, similar to the way that many arpilleristas inserted a message into a hidden pocket, with handwritten stories of their loved ones. As a class, we stitched the 34 squares together to make a quilt, a collaborative and diverse tribute to the experiences of the arpilleristas.

We hung the completed quilts in the school cafeteria as an exhibition, paired with large books full of the students' odes and artist statements about their arpilleras. We took each of our classes on a gallery walk to explore the quilts, share with their peers, and respond to the stories we told. In this way, the whole school was able to take part in our learning. The result was a powerful conversation piece for our entire school community.

This project encapsulates everything that I love about teaching humanities. My colleagues and I had the opportunity to provide our students with a deep examination of a moment in history and to engage with individual stories through oral histories, literature, poetry, and music. Our students not only grappled with the academic rigor of learning this history, but also felt emotionally connected to these women's experiences and were able to use creative outlets such as art and poetry to honor the strength and resilience that these women embodied. As one student wrote in her ode:

It started with a piece of fabric

And turned into history

It became a life saver

Reminding people what they had to live for

Giving them hope that

Chile would thrive once again.

When people hear your name

A wind of remembrance blows their way

When they see your face

A storm of gratitude forms

When you are mentioned

Tears of gratefulness stream down our cheeks.

Your message, your ideas, your arpilleras

will always be alive in our hearts,

you will never be forgotten.

Karen Scher is a program associate in Facing History and Ourselves's New York office. Before coming to Facing History, Karen worked for eight years as a humanities teacher at Oceana High School, a Facing History Innovative School, in Pacifica, CA. Originally from New Jersey, Karen and her husband, along with her two daughters, are working their way through the top 25 playgrounds in New York City.
At Facing History and Ourselves, we value conversation—in classrooms, in our professional development for educators, and online. When you comment on Facing Today, you're engaging with our worldwide community of learners, so please take care that your contributions are constructive, civil, and advance the conversation.