Facing History has eagerly awaited next week's release of Go Set a Watchman since its discovery was announced this past February. Today we were treated to a sneak preview with the release of the book's first chapter. As earlier media reports indicated, the book features an adult Scout returning to Maycomb, Alabama, to visit her father 20 years after the events of the original book. It is written in third person and therefore isn’t limited to Scout’s point of view.

While we enjoy a taste of what’s to come, we are also taking a moment to compare the reception of this novel to the first. Go Set a Watchman has become the most pre-ordered novel since Harry Potter. Was anyone eagerly anticipating the release of To Kill a Mockingbird beyond Ms. Lee’s friends and family? 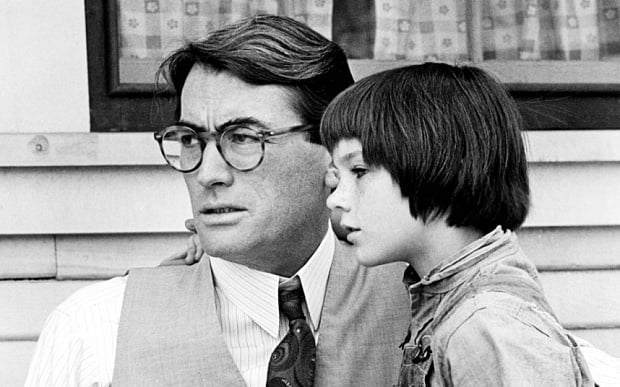 Of course, since Mockingbird was published, it has become widely beloved, won the Pulitzer Prize, and never been out of print, selling nearly 1 million copies each year. Did initial reviewers recognize its importance?

Here are excerpts from some early responses:

“‘To Kill a Mockingbird’ opens the chrysalis of childhood quietly and dramatically. Harper Lee’s novel turns a reader’s thoughts to Carson McCullers’ ‘The Member of the Wedding,’ whose 12-year-old Frankie might be an older sister of 9-year-old Scout. But even without Miss McCullers’ fineness, the meaning in this novel runs even deeper because of the subject of injustice in the South. Miss Lee’s original characters are people to cherish in this winning first novel by a fresh writer with something significant to say, South and North.”[1]

“A hundred pounds of sermons on tolerance, or an equal measure of invective deploring the lack of it, will weigh far less in the scale of enlightenment than a mere 18 ounces of new fiction bearing the title To Kill a Mockingbird. … The result is an unusually accurate rendering of attitudes that must be reckoned with in any solution to the South’s contemporary problems. And yet, though so pertinent, the novel is not itself contemporary. There were no sit-in strikes during the depression years when Jean Louise (alias Scout) Finch and her brother, Jem, began to observe the human landscape of Maycomb County, Ala. No protests at all — but the seeds for them were being planted….”[2]

“The book’s setting is a small town in Alabama, and the action behind Scout’s tale is her father’s determination, as a lawyer, liberal, and honest man, to defend a Negro accused of raping a white girl. What happens is, naturally, never seen directly by the narrator. The surface of the story is an Alcottish filigree of games, mischief, squabbles with an older brother, troubles at school, and the like. None of it is painful, for Scout and Jem are happy children, brought up with angelic cleverness by their father and his old Negro housekeeper. Nothing fazes them much or long. Even the new first-grade teacher, a devotee of the ‘Dewey decimal system’ who is outraged to discover that Scout can already read and write, proves endurable in the long run.

A variety of adults, mostly eccentric in Scout’s judgment, and a continual bubble of incident make To Kill a Mockingbird pleasant, undemanding reading.”[3]

Many readers, including Facing History, are curious to see how the events of the novel will reverberate 20 years later in Go Set a Watchman. The underlying themes of To Kill a Mockingbird — including race and justice, the inconsistent nature of social change, and the responsibilities of citizens in a democracy — represent ongoing, unsolved cultural conversations that reverberate as much today as they did when Lee wrote both novels. Will this new book simply continue the stories of beloved characters, or will it embody the same enduring moral resonance as To Kill a Mockingbird? We will find out on July 14th.