Discovering What it Means to be a Global Citizen 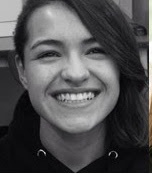 Audrey Reyes and David Gómez are busy taking on the world before they even enter college. The two Facing History students were part of a select group of youth scholars from around the world nominated to participate in the Global Citizens Youth Summit (GCYS), hosted by the Global Citizens Initiative (GCI), a nonprofit social enterprise based in Connecticut. They joined 26 other students from 19 different countries in Cambridge, Massachusetts to learn from each other and explore what it means to be a global citizen.

Reyes and Gómez took the core of Facing History – using the past to understand the world today – and turned it into action with their time at the nine-day Summit.

“I didn’t realize it at first but we brought a lot aspects from the universe of obligation into the Summit,” says Gómez, who will be a senior at Animo Jackie Robinson Charter High School in California. “We focused a lot on how much we should care about other people.”

Reconciliation was also a central theme.

“We spoke a lot about, how do we come to reconciliation about all the different problems we have in our countries? How do we solve them?” says Reyes, a student at East Side Community High School in New York. She will start her freshman year at Clarkson University a year early to study chemical engineering while finishing her last two credits to graduate from high school.

By immersing themselves with peers from different backgrounds, the two students were able to learn about themselves in a collaborative environment where they could share their ideas. Every student works on an individual service project focused on one of three themes: education, equity, or environment. While Reyes’ project focuses on creating a more trusting community between police and minorities, Gómez, is working to combat homelessness in Los Angeles. The goal is to address a globally pressing issue and identify a local solution, he says.

This is what Yumi Kuwana, founder of GCI, envisioned for the Summit. GCI emphasizes the importance of mobilizing youth from all different walks of life into action. Students like Reyes and Gómez can bring their unique perspectives to the table and build their skills as the next generation of global leaders.

“Audrey and David added a new dimension to the Summit,” says Kuwana. “They were both so engaged.”

Working on their projects is helping them grow, they say, but perhaps the most influential part for them both was hearing about the experiences of their peers from around the world. Students came from as far as Turkey, Afghanistan, Mongolia, Singapore, Uganda, Libya, the United Kingdom, and Japan.

“This really opened up my mind to what’s out there in the world and other issues,” says Reyes. “It’s really more than just the United States out there.”

Gómez was struck by meeting a peer from Syria, who was a victim of the refugee crisis. He was inspired by how, despite missing three years of his education, this student was able to create a space where other refugees could learn how to use a computer. It made Gómez think back to his Facing History course, Holocaust and Human Behavior, and he put the past in perspective to today.

“Facing History opens your mind to the atrocities that occurred in history, like the Holocaust,” says Gómez. “But it also helps you understand certain problems in today’s world like the Syrian refugee crisis. The Holocaust already happened but the refugee crisis is a contemporary problem. It’s not too late to do something.”

Using the knowledge they have, and the newfound confidence they both say they’ve gained from the Summit, they plan on forging ahead, tackling the issues that are important to them with a heightened sense of the world around them.

“Even though we’re from different cultures and different beliefs we can still find a connection to each other,” says Reyes. “We realize we can come together to do something good for the world.”