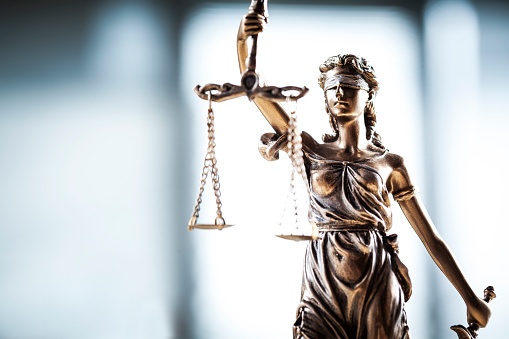 Most would agree that one of the hallmarks of a successful civil society is an expectation that people will follow the law. But what about the presence of unjust laws—those that are morally reprehensible, discriminatory, dehumanizing, and privileges one group over others? They present an interesting dilemma, especially since one aim of civic education is to teach students to be good law-abiding citizens.

History has taught us that doing nothing can have grave consequences. We must never forget that everything the Nazis did from 1933 on was legal and state sanctioned. The enslavement, lynching, and segregation of Africans in America were at one point all legal acts. We have seen the danger of doing nothing.

In his popular Letter From a Birmingham Jail, Dr. Martin Luther King, Jr. wrote, “An individual who breaks a law that conscience tells him is unjust, and who willingly accepts the penalty of imprisonment in order to arouse the conscience of the community over its injustice, is in reality expressing the highest respect for law.” It was on this premise that Dr. King felt justified in asking schoolchildren to defy Jim Crow Laws by choosing to participate in civil disobedience.

So what about today? How might we instruct students to act in the face of unjust laws that they may see in their lifetime? What role does education play and how do educators responsibly guide students to stand up to injustice?

Here are a few guidelines to help you navigate these difficult questions:


Facing History’s core themes asks students to examine moments in history when the rule of law was used as a tool to subjugate, discriminate, and even to sanction murderous acts. The Chinese Exclusion Laws, Jim Crow, Apartheid, and the Nuremberg Laws are just a handful of examples of when following the law meant engaging in immoral and violent acts that targeted groups of vulnerable people for discrimination and even elimination. No matter what historical era you are exploring with your students, have them consider these questions:


These questions help students to explore the complexity of taking action, not just in these historical moments but today as well. Students realize the courage it takes to take a stand and the danger of blind obedience of laws. In turn, students also practice empathy and are awakened to their own agency.

Your students can develop their sense of civic obligation and their desire to help prevent the reoccurrence of violence and intolerance with our lesson, "Building a Toolbox for Difference." Developed by Adrianne Bock Billingham, a Facing History teacher and former staff member, this lesson helps students create a three dimensional toolbox for making a difference in their community and the world.