Home > Our Blogs > Facing Today > King's Life is a Demand 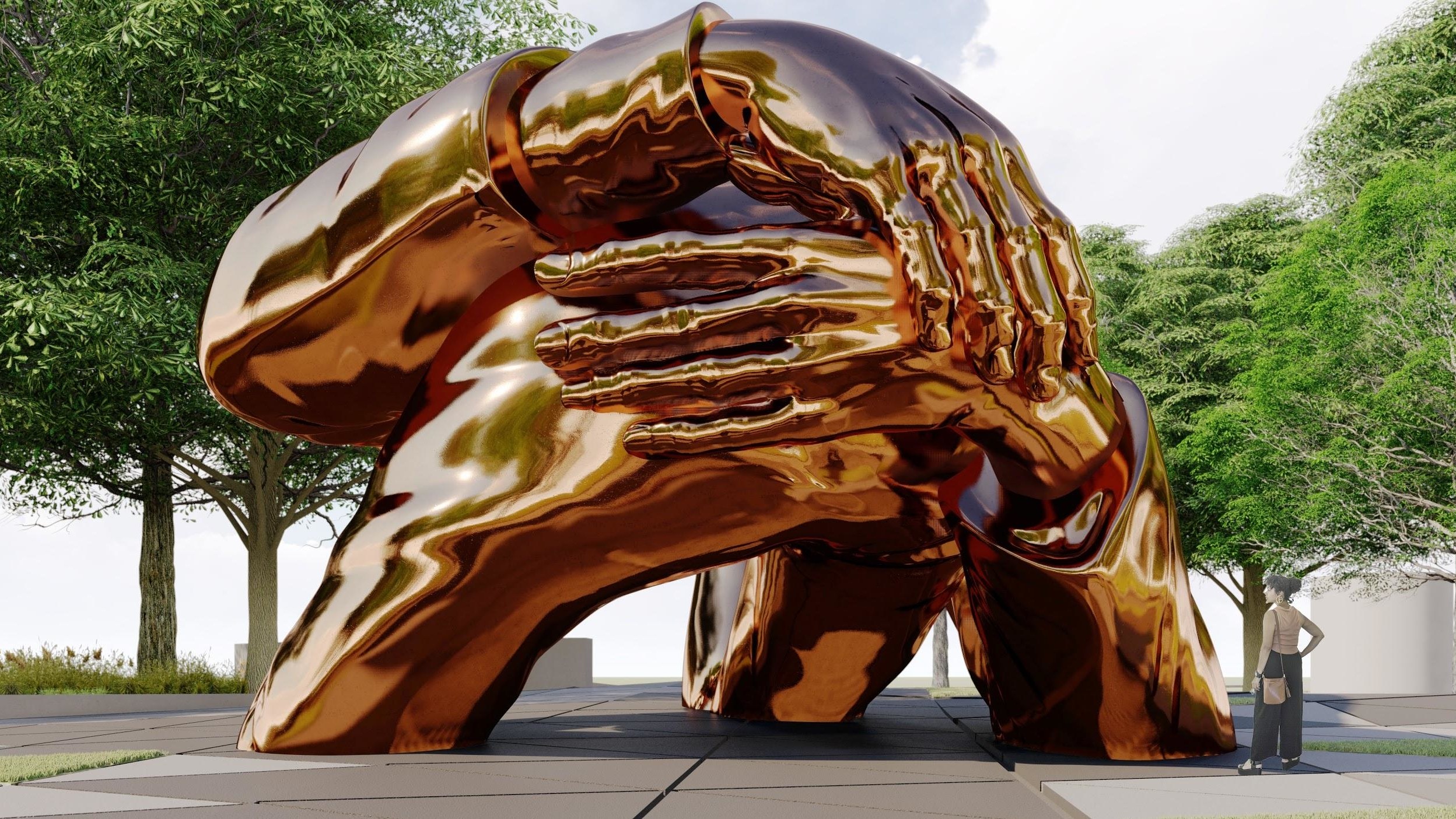 The vision for this new memorial was initially put forth by King Boston—a nonprofit organization that assembled in 2017 to highlight the formative years that Coretta Scott King and Martin Luther King, Jr. spent in Boston, and spark renewed interest in realizing King’s vision in the city of Boston. The organization invited proposals from artists and ultimately selected a submission from Hank Willis Thomas and MASS Design Group titled “The Embrace.” Set to be erected on the Boston Common in 2020, the memorial will feature the two Kings bound together in an embrace. Though the embrace to be committed to sculpture is actually based on a real photograph of the Kings hugging one another, the sense of embrace that Thomas has sought to evoke goes far beyond that momentary gesture.

In the sea of memorials to war heroes that populate Boston, “The Embrace” is meant to evoke nonviolence, unity, and the notion that “love is the ultimate weapon against injustice,” MASS Design Group wrote. The sculpture is also meant to complicate our understanding of King by illuminating the significance of his relationship with Coretta to the success of his activism. “We often look at the heroes without seeing who is holding them up and where their courage and strength comes from,” Thomas said. “The Embrace” emerges in contrast to statues of King that only evoke his sole contributions and don’t surface the vital roles of partnership and community in driving lasting change. The sculpture design thus creates an opening to question narratives that reduce the Civil Rights Movement to the actions of a few leading men, and could invite viewers to think more about the people whose vital labor within the movement often remains invisible (e.g. women and LGBTQIA+people).

Further, MASS Design Group has explicitly asserted that they designed the memorial to “[shift] the emphasis from singular hero worship to collective action,” and that they seek to accomplish this, in part, by using a mirror finish bronze that will literally draw visitors’ attention to their own reflections and, thus, their own places in this ongoing work of embrace. As such, the monument is meant to provoke reflection not about King as a mythologized individual, but about the act of embrace that the Kings modeled, and that each of us must take up in the present.

Despite the richness of these aspirations, “The Embrace” has also been the subject of debate since news of the project made headlines. For critic Francie Latour, the proposed sculpture fails to channel the more subversive dimensions of King’s activism and the immense violence that he faced—and that continues into the present in new forms. For Latour, the monument reinforces a sanitized depiction of King’s activism that has prevailed in the public imagination, and fails to provoke an examination of historical and contemporary white supremacy. Meanwhile, one also wonders about the appropriateness of a multimillion dollar memorial to the Kings in an age of deepening economic inequality that disproportionately harms black and brown people. This tension is particularly vexing as so much of King’s work revolved around disrupting economic inequality—an aspect of his work that is often ignored. And though King Boston has announced plans to erect the innovative King Center for Economic Justice in the predominantly black neighborhood of Roxbury, numerous questions remain.

What forces might compel many of us to think of the Kings’ lives in terms of embrace rather than disruption? Is there room for a sense of embrace—of people similar to and different than ourselves—within the work of resistance? And how do we ensure that the imperative to embrace does not eclipse the need to reject, disrupt, and dismantle racist systems that remain comfortable for many others? What provokes us to memorialize the Kings rather than push for economic change, and are they mutually exclusive?

The vision for and debate surrounding this latest King memorial-in-development suggests that the way we understand the contributions of the Kings, and the present landscape shaped by their acts, must continue to evolve. Whether someone looks to the Kings and finds inspiration to embrace, to dismantle, or to do something that lies beyond this binary altogether, one thing is certain: the Kings’ lives are a demand that requires active engagement at all levels of society. In 2020 and beyond, how will you answer?

Facing History and Ourselves invites educators to stream the award-winning documentary series Eyes on the Prize: America's Civil Rights Movement via our virtual library, and use our accompanying teaching unit and study guide—all for free.