Three Partisan Women Who Fought Against the Nazis 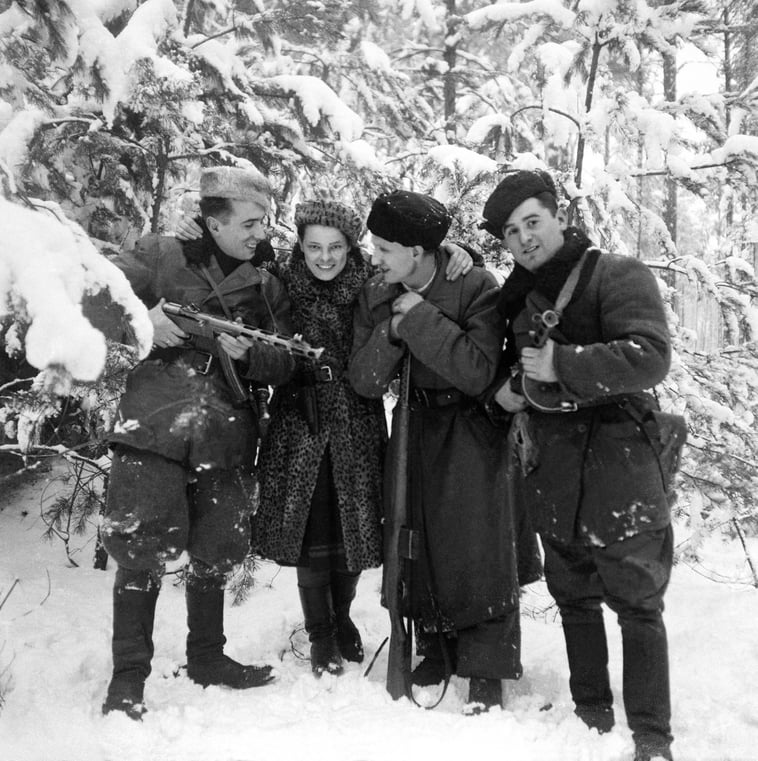 During World War II, 20,000 to 30,000 Jews fought back against the Nazis as partisans. Hidden deep in the forests, these underground communities were the heart of an organized resistance movement that took up arms against the Nazis. Around 10 percent of these partisans were women.

Although often known for their support roles—performing camp duties, providing medical care, and acting as messengers—some women also fought alongside men. As we close out Women’s History Month, we’re celebrating three Jewish women partisans whose bravery shows us the meaning of what it is to be an upstander. 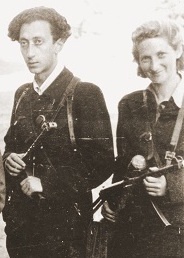 Vitka Kempner, born in Kalisz, Poland, was a founding member of the “Avengers,” one of the most famous and successful all-Jewish partisan groups. She eventually helped organize the Jewish resistance efforts into a larger collective called the FPO, the United Partisan Organization in the Vilna Ghetto, with Abba Kovner. Kempner was responsible for the FPO's first act of sabotage, smuggling a homemade bomb out of the ghetto and blowing up a Nazi train line. Kempner and other FPO members began smuggling weapons through the sewer system. Over time, she became one of Kovner’s chief lieutenants and they married after the war. She also helped the FPO evacuate much of the population in the Vilna Ghetto through the sewer system to the surrounding forests. From hiding, the Avengers continued their sabotage operations, destroying both the power plant and the waterworks of Vilna and eventually emerging from the forest to help liberate the city. 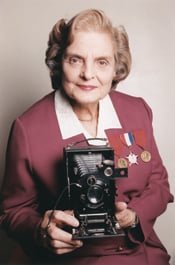 Born in Lenin, Poland, Faye Schulman is the only known photographer to take photos of the partisans in Eastern Europe. The Nazis, having killed her parents, sister, and younger brother in the Lenin ghetto, spared Schulman for her photographic abilities. They ordered her to develop their photos of the massacre; she secretly kept copies for herself. She eventually escaped from the Nazis and fled to the forest to join the Molotova Brigade, a partisan group made mostly of escaped Soviet Red Army POWs. There she served as a nurse from September 1942 to July 1944, even though she had no previous medical experience. After recovering her old photographic equipment during a raid in Lenin, she took more than 100 photos of partisan life over the next two years, developing the negatives under blankets and making “sun prints” during the day. On missions Faye buried the camera and tripod to keep it safe. Her photos offer a rare look into Jewish resistance, providing testimony and witness to the bravery of the partisans. 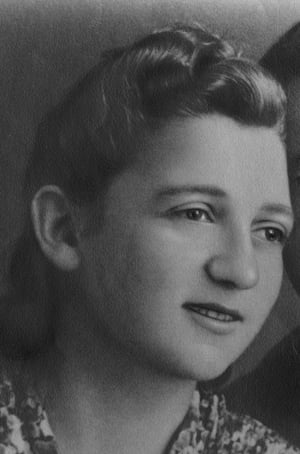 Originally named Sarah, she was renamed Sonia when she joined the Soviet partisans in 1941. This more Russian-sounding name protected her from being easily identified as a Jew. While in the forest, she treated the wounds of injured partisans, using whatever makeshift supplies were available. “I want young people to know we were fighting back and that you can always find a way to fight back against injustice, racism, or antisemitism," she said. Her inspirational experience led her son, Paul Orbuch, to found the Jewish Educational Partisan Foundation together with Elliott Felson and Mitch Braff, to bring light to the heroism of those who fought back during the Holocaust.

Photo Citation: JPEF/A Partisan's Memoir, Second Story Press, p. 139. Photograph taken by Faye Schulman. Faye reunits with some of her friends who were also Jewish partisans in the forest near Lenin, Poland, Winter, 1944.