Home > Our Blogs > Facing Today > To Ford the River or Die of Dysentery?

To Ford the River or Die of Dysentery?

Where to put the block? Forge ahead or play it safe and risk losing people to starvation?

Even before the advent of gaming, we've faced some pretty dire decisions as a species. When making our toughest decisions, our own moral and ethical development plays a significant role. Fortunately, decisions are at the crux of most game dynamics and not surprisingly game designers have seen games as a vehicle to improve all sorts of decisions. But can complicated moral and ethical choices really be facilitated via a game? 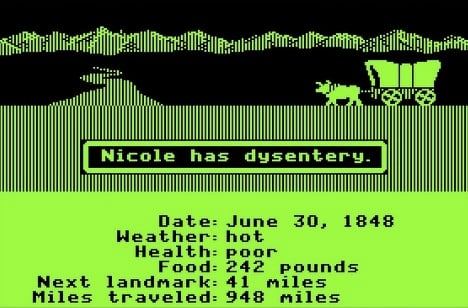 Oregon Trail, which proudly premiered on the Apple IIE in 1981, was a very popular title in my elementary school computer lab. In the game, the consequence of a poor decision led to the death of my family. This sadly happened many times before I learned the art of better hunting, better strategies to cross rivers, and a bit more about the actual Oregon Trail. Personally, I credit Civilization II with teaching me more about history than any class I ever took in school. But from my perspective as a teacher and game developer, I've long thought that moral and ethical development are some of the hardest frontiers for games to cross -- and I don't credit these games with doing much for my development in those areas.

I'm very excited to see that the field of moral and ethical development in games is going strong these days and there are a number of excellent ventures and groups in the field. 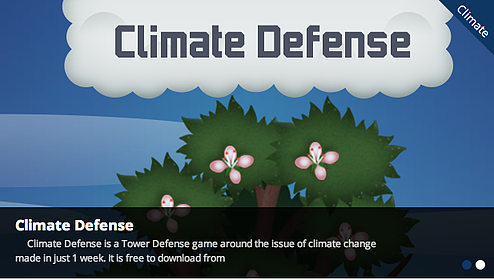 gamethenews.net has a very exciting model that is streamlining game development, which typically takes months to years, to just a matter of days, so that it can keep up with and mirror breaking news stories. They have made a game on the conflict in Syria and are also working on titles on climate change. In their words, "[w]e are the world’s first news correspondents who cover global events as games. As news breaks, we create our own twist on events in a playable form."

Yet my sense as an educator, game designer and developer is that while there is plenty to learn from games, there is always going to be a thread of the human element, (I hate to say it) a certain je ne sais quoi that is missing. However, I think there is a lot of value if we look at games as a vehicle to explore, continue and deepen discussion and not as an end in itself for a moral and ethical education.

Justin Reich is an educational researcher who has been an educational technology consultant for Facing History over the years. He is the co-founder of EdTechTeacher and a researcher with HarvardX.
At Facing History and Ourselves, we value conversation—in classrooms, in our professional development for educators, and online. When you comment on Facing Today, you're engaging with our worldwide community of learners, so please take care that your contributions are constructive, civil, and advance the conversation.