Today’s News, Tomorrow’s History is an ongoing series with Listenwise. This series connects Facing History’s themes with today’s current events using public radio to guide and facilitate discussions around the social issues of our time. We will take a look at the protests over the Chinese National Anthem in Hong Kong. 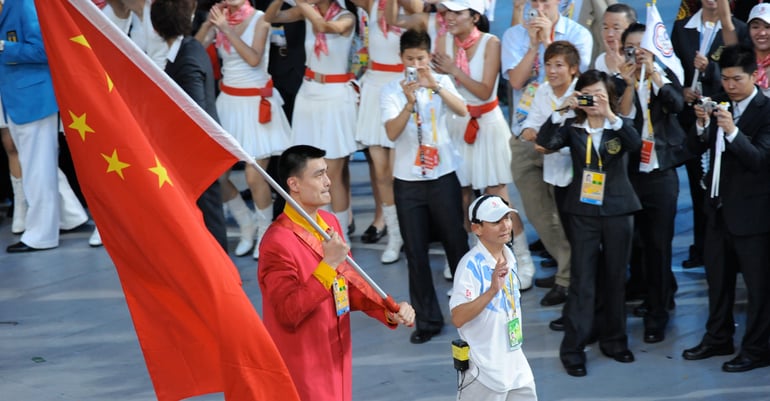 Hong Kong, a former British colony, changed to Chinese rule in 1997. Since then, there have been conflicts and protests of what Hong Kong sees as Beijing's attempts to interfere with their civil liberties and politics. One protest in 2014 saw more than 100,000 demonstrators protesting the Chinese government's decision to limit voters' choice in Hong Kong’s elections. Chinese leaders have warned Hong Kong that attempts to challenge the power of the central Chinese government are not allowed.

Recently, in soccer arenas, fans in Hong Kong have taken to booing China's national anthem. China's legislature made it illegal to disrespect the national anthem and the law will soon be enacted in Hong Kong. China has passed a law that states people who protest its national anthem can face prison time. In places like Hong Kong, this law has sparked outrage. They believe that by singing the anthem, they are giving in to China's rule and lack of free speech. Legislators in Hong Kong are facing the dilemma of how they will enforce the new law, especially when masses of people refuse to sing the anthem, such as at a sports event.

Listen to learn how those who oppose the law plan to respond. Think about other countries who have fought to preserve their rights and freedom of speech and then debate: Would you risk arrest for something you believe in?

What is another example in history of a large group of people protesting a government-imposed law? What is the risk when governments demand a law to be followed? What do you think people in Hong Kong will do when the law is implemented? Would you risk arrest for something you believe in?