Home > Our Blogs > Facing Today > My Life as a Jewish Partisan, Part 3

My Life as a Jewish Partisan, Part 3 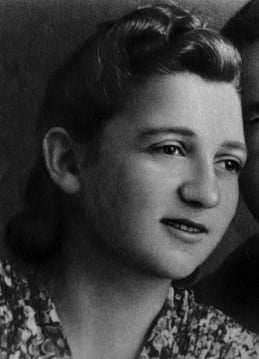 In the final part of our three-part series, "My Life as a Jewish Partisan," Sonia Orbuch shares what it was like to fight against the Nazis, including the dangers they faced, the loss of loved ones, and the need to preserve Jewish culture in hiding. Take a look back at part one for the beginning of Sonia’s story and part two to learn about what life was like in the forest. Her story shines a light on Jewish resistance, which offers a contrast to the narrative that Jews were helpless victims during the Holocaust. Students from AJ Elementary School in East Prairie, Missouri submitted their questions to Sonia. Read her answers to glimpse into her life as a resistance fighter.

Check out Sonia’s full story in her memoir, Here, There Are No Sarahs, and watch her video testimony on Jewish Partisan Educational Foundation’s website.

Is it true that the partisans dug a tunnel to free the Jewish people from a camp?

There were many different partisan groups with different experiences. This did not happen to me but there was such a story I heard about- where Jewish people were able to dig out of a Nazi Labor camp in Novogrudok, in Belarus, and then they joined a partisan group and many survived in this way.

How did you feel when a fellow partisan died?

Of course it was very sad when we lost our friends and comrades in battle. But we were soldiers fighting for a just cause and we could not grieve openly-we had to keep strong and keep going until we defeated the Germans.

How did the partisans preserve Jewish culture? Why was it important?

Our group was a Soviet partisan brigade- so it was communist and they did not officially promote or even tolerate religion openly. However, we, as a family, stayed together and because we had a family tent, which was unique, many of the Jewish fighters who were part of the group and who were generally alone without their families, would join us in the evenings and talk about their families and Jewish culture. In that way we were informally able to maintain our cultural identity as Jews.

If you could have saved one person who would it be?

That is a very difficult thing to answer because we lost so many cherished souls. However, I could say that my mother, Bella, who survived everything with me and my father, and we were finally liberated and had lived through so much-she was the closest one I ever had-and then she suddenly got sick with typhus after the war and died in my arms. I miss her still -and I miss all the lost members of my family and my friends every day still.

Did you see your friends die?

Yes, many in the partisans. And later, when I returned from the fighting to my hometown, I realized that the Germans had murdered almost all of my childhood friends.

How hard was it to fight the Nazis? Was it harder than you thought?

The Nazis had a very strong army and it was very hard to fight them directly. As we organized, we learned how to do what we could as guerilla fighters behind enemy lines: sabotage and demolition of supply lines. Emotionally, however, it was easy to fight-we had to fight or die-and it felt good to be able to finally stand up and find a way to resist these brutal murderers.

Did you ever want to give up?

No-there was no way to give up. The Germans wanted to murder us--if we gave up we would be killed. And then there was the feeling that they had killed so many of our people we had to continue to fight them until they were defeated.